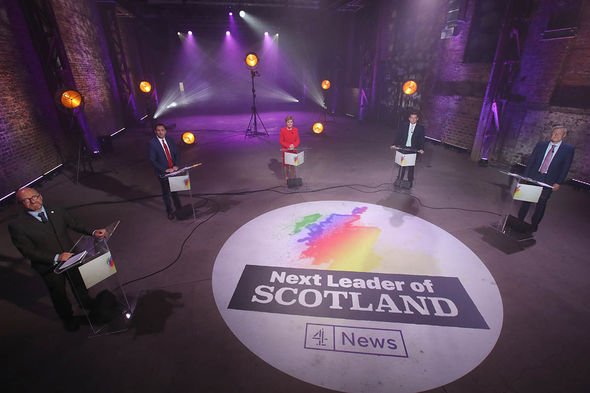 A Celebration of Democracy – and Goodbye to Yesterday’s Men

The Scottish elections attracted major media coverage – not just here, but across the UK and internationally. They have been portrayed as historic, and a potential turning point that could decide the fate of the independence question, and ultimately, determine the future of the UK.

The rise in turnout seems to be across party supporters and irrespective of views on the constitutional question. It is a powerful affirmation in difficult times of the power of democratic elections that until the turn of the year some wanted to cancel. Rather, a host of factors reinforced voters’ views that these elections matter. First, the issue of the independence referendum mobilised people both for and against out to vote. Second, COVID brought forth the fundamental need for well-funded public services and health care professionals, while exposing those areas we fall short in such as care homes and NHS pay.

Third, the past year has raised the profile of the Scottish Government as an institution and, while it has made mistakes, its serious and science-driven decision-making has been impressive and also has highlighted what seems missing from the UK Government. Finally, changes in work and life in the past year related to COVID made it easier for people to vote – something which should be noted for future contests across Scotland and the UK (in a week where the UK authorities will make it harder to vote in UK contests with the proposed introduction of photo IDs for voting).

There were other important facts. The SNP won their highest ever percentage at a Scottish election (47.7%); the last time a UK Government won an election with a higher vote was 1966; they also won the highest ever number of Nationalist votes at a Holyrood election. The Tories spun their performance as their highest ever post-devolution vote – but this was only true of the list vote: they won 21.9% of the FPTP vote (down 0.1%); and 23.5% of the list vote (up 0.6%).

Labour for all the plaudits paid to Anas Sarwar continued its downward decline, albeit slowed, with 21.6% of the FPTP vote (down 1.1%) and 18.0% of the list vote (down 1.0%). Labour won 56 seats in the first Scottish elections in 1999 and have fallen back at every election since, now holding only 22 seats. And speaking of decline the Lib Dems with the loss of one seat fell to their lowest total in 22 years with four seats, and with it lost their status as being defined as a major party at Holyrood. Meanwhile the Greens won their highest ever percentage share on the list (8.1%), beating their previous high (6.9% in 2003) and winning a record number of seats (eight).

Election coverage and the BBC

There were many positives. One was BBC Scotland’s post-election coverage of the results; having watched all five previous contests this was inarguably their best by a significant margin. BBC Scotland’s coverage on Friday and Saturday as results came in was aided by the votes not being counted overnight, and the long-haul of broadcasting into the small hours awaiting declarations. Instead, the drama of democracy unfolded in the hours of sunlight and aided everyone – presenters, experts, politicians – in how the story unfolded, all to the benefit of viewers and democracy. To think traditionalists want to go back as soon as possible to overnight counting.

It was more than that. There was a feel of higher professional and broadcasting standards, treating viewers as adults, and having confidence and authority. This was evident in Martin Giessler’s questioning of guests, the graphics and explanations of David Wallace Lockhart telling the story of twenty years of elections succinctly, and the able assistance of Ailsa Henderson and Nicola McEwen from Edinburgh University. And there was the surprising moment on Friday’s BBC Newsnight when Kristy Wark said to Tory MSP Miles Briggs: ‘What you are trying to do is bind the union together simply by the rule of law rather than the consent of the people. That would be unprecedented. Well, actually go back to 1707. Lots of people did not consent to the union they established in 1707 but it happened.’

There were hiccups – such as BBC and STV both stopping live coverage on Friday evening when results were not completely over, and there was the strange non-appearance over two days of BBC Scotland’s Westminster Correspondent David Porter. Overall this was a vindication of editor Daniel Maxwell and Head of News and Current Affairs Gary Smith. It was also a long way removed from the reign of John Boothman, Head of News and Current Affairs who was removed in 2015 and whose Labour convictions and connections were well-documented. For too long BBC and STV have seemed to treat Scottish politics in a second rate and even careless manner, and it would be a major positive if the BBC’s change of coverage reflected a longer term shift.

How we talk about controversial stuff

The election turned on big issues: the independence question, Scotland’s right to decide, the SNP’s record after fourteen years in office, Boris Johnson and how best to recover from the pandemic. What does seem germane is that the smaller issues which sometimes galvinise the most partisan, passionate supporters need to be put in proper perspective. This is true of the long running controversy around trans rights and reform of the Gender Recognition Act (GRA) which has seen a pitched battle in words, rhetoric and insult from both sides of the debate.

In particular, this debate has been opportunistically weaponised by the pro-independence site Wings over Scotland and championed by Alex Salmond’s Alba Party as a way to appear supportive of women’s rights. The election results seemed to confirm that after such noise and invective this is an issue which moves very few votes. It has been blown out of all proportion by some and both sides could do with dialling down the rhetoric – recognising that there are more vital issues for our society to address.

Across the political and media spectrum some prominent figures showed lack of political insight. One of the most ridiculous set of comments post-election came from Vernon Bogdanor, Professor of Politics at King’s College London and a doyen of the liberal establishment. In a Daily Telegraph piece he argued that if Scotland had its referendum and voted for it – the pro and anti-independence parts of the country could go their separate ways, and the Scottish Borders and Dumfries and Galloway stay with rUK.

Even more galling the example he chose to justify the partitioning of Scotland was the UK Government’s partitioning of Ireland and creation of Northern Ireland. This he passed off as positive and a success, despite it producing the Irish Civil War and thirty-year Troubles, writing: ‘The only way in which Ireland could have stayed united was, paradoxically, if it had remained part of the UK’ and then bringing this strange logic to Scotland in the present: ‘It is paradoxically only, by remaining in the UK that Scotland can be assured of maintaining national unity’ which does come over as a threat. No doubt in coming years we will be hearing similar kinds of desperate commentary rooted in a denial of history.

Perhaps the biggest losers in the election were the two popular tribunes of yesteryear – Alex Salmond and George Galloway. They both promised to deliver so much: Salmond’s ‘supermajority’ and in Galloway’s case stopping separatism, but delivered very little: Salmond’s Alba winning 44,913 votes (1.7%) and Galloway’s All for Unity 23,299 (0.9%). Both were given disproportionate media coverage beyond their current status and appeal: one pollster in the last week finding that Salmond had an 8% favourability rating, the lowest of any party leader in Scotland. Rather than reflect on the shrunken nature of their pull both railed against ‘media blackouts’ – the only basis for which was that they were excluded from the BBC, STV and Channel Four leader debates.

What Alba supporters refuse to recognise, like the long-heated debate about UKIP coverage, is that how BBC, ITV and SKY cover political parties is regulated by Ofcom, and in election time there is a carefully calculated formula applied to the amount of coverage. Alba had no history, no record of support and had never won an electoral contest, and yet still some of their supporters believed they were unfairly excluded. In actual fact, both Salmond and Galloway were over-hyped by the media compared to their appeal, in part because they added colour and controversy, but those should not be the guiding principles of election coverage.

Salmond and Galloway raise serious questions about the nature of democracy, politics and media, and how seriously we should take the claims of yesterday’s men. This is not just about these two individuals but about much deeper questions such as the role of RT (formerly Russia Today), Russian state disinformation, the limits of political regulation in the UK, and the future threat of demagogues and populists peddling their simplicities and conspiracy theories.

Two takes emerge from these elections. Firstly, the evident democratic impulse is a challenge to the existing political dispensation and to all the political parties which are, in effect with the exception of the Scottish Greens, closed, top down organisations defined and dominated by professional political classes. Where for example are the links between political parties and community action, engagement, welfare advice and support, and self-help organisations? Nowhere is it seemingly evident in Scotland or indeed across the UK – and that is despite the SNP’s mass membership.

Secondly, all our political parties have threadbare accounts of modern society, the nature of state and government, and the role of the people within it. These do not just fall short on the big issues. Even more they fall short in successfully animating and galvinising the public by offering a persuasive, uplifting account of what society should look like and how we can move towards it. The SNP come nearest with their promise of a different Scotland through independence, but mostly this is an abstract and blank canvas without much detail.

Unless we address this second issue – the shortcomings of the political offer of the mainstream parties, tribes and their outlooks – it is unlikely that we will ever be able to build on the first point: the desire of so many for a meaningful democracy. There is cause for celebration in last week’s election results, but there should also be a reality check. We are not that different from anywhere else in the Western world in the fundamentals of our politics, and unless we address some of the underlying causes of what is missing not only will we not change society for the better, but alarmingly we may well see the return of demagogues far more sinister than Alex Salmond and George Galloway.