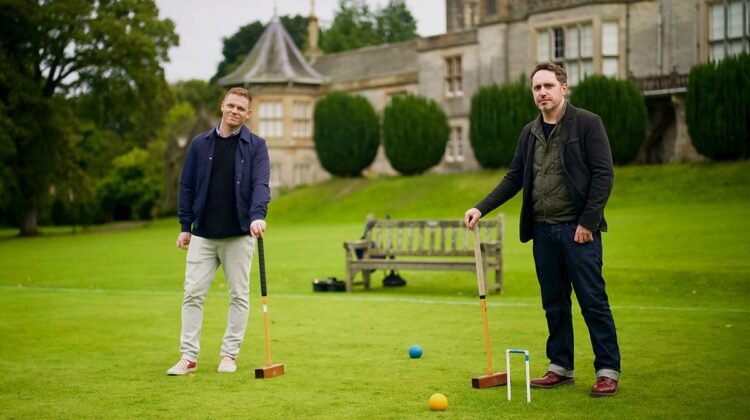 A Different Class: Choose Your Side

Class is one of the defining concepts of life, Scotland and capitalism – but barely receives much informed analysis on our TV screens. Instead, we are offered unstated but loaded assumptions in news, TV documentaries and countless other programmes, with a distinct bias on how success, aspiration and failure are seen and judged.

In today’s environment Darren McGarvey’s Class Wars – a new four-part series on BBC Scotland – is a breath of fresh air; the first two of which have been aired. This is in the context of today’s media a watershed series, something which breaks through the barriers and unstated assumptions which shape TV broadcasting and commissioning. This is serious TV with complexity, intelligence, heart and explicit politics.

Part of this is down to Darren, aged 37 and born in Pollok, Glasgow, who has undergone a unique journey. A musical rapper, writer and commentator, campaigner and activist, his book Poverty Safari won the Orwell Prize as well as many other plaudits. This led to his first TV series, Darren McGarvey’s Scotland, made by the same team as this set of programmes.

Darren’s intention with Class Wars was to test out his own views, how his own success has changed him and to challenge the view that class does not matter. The four programmes explore many facets of class and advantage and offer many insights and nuance. McGarvey addresses what determines whether people are middle class or working class, and explores birth, background, education, money and employment.

He told me the attitude with which he approached the programmes: “The concerted effort of both the Thatcher and Blair governments – to paper over class disparities with myths about merit and social mobility – has backfired. It’s since left a generation of working class people unable to correctly identify either how society is organised or what their place within it is. When people blame migrants for their rundown communities and asylum seekers for housing scarcity, they do so because they lack class consciousness.”

The opening programme has a revealing discussion on class and language which explores the Glaswegian dialect with academic Jane Stuart-Smith. She stresses that, against all sorts of conventions, Glasgow’s language become more, not less distinctive and part of the city’s identity, leading Darren to observe: “Good to know that Glasgow pride isn’t 100% hubris.”

Stuart-Smith points out that Glaswegians pronounce their Rs as the French do, with the latter being perhaps less patronised. As Darren noted: “I don’t speak or rap that differently from how Robert Burns writes, but things receive cultural prominence because upper-class people like them; middle-class people mimic upper-class people, and this becomes the canon.”

The importance of housing

Pivotal to class is housing. In Scotland the rise and the fall of council housing defined many of our lives – Darren growing up in Pollok, myself in Ardler, Dundee. He visited Logie Housing Estate in Dundee, built in 1920, the first ever council estate in Scotland, coincidentally where my mother lived in the last years of her life. Academic Douglas Robertson points out: “Logie represented a municipal solution, in part supported by state subsidies, but mostly by the tenants’ rents, to provide good quality housing for the working classes. But housing like Logie was expensive, so as the tenancy records revealed it was the working class aristocracy that accessed this housing. Many tenants in our terms would be thought of as middle class – clerks, shop owners and managers.”

An examination of working class activism and opposition to the poll tax takes Darren back to Pollok – a hotbed of non-payment and left-wing activism in the late 1980s and early 1990s, where campaigners George McNeilage and Keith Baldassara talk about how they organised and stopped Sherriff Orders and warrant sales in their ‘class war’.

Privilege and the middle classes

One of the most interesting exchanges is between Darren and Hugo Rifkind, son of Tory grandee Malcolm Rifkind. Seven years ago Hugo wrote an article about ‘the invisibility of privilege’ in Scotland which produced quite a stushie. In their exchange the two find common ground about the marginality they feel in society for very different reasons.

Rifkind points out to me that 23% of Scotland’s elites went to private schools, including almost half of judges, and nearly nine out of ten senior civil servants attended of the four ancient Scottish universities, Oxbridge or one of the Russell Group.  As he says “This is Scotland’s dominant professional middle/upper middle class. Yet it often isn’t understood as being truly, properly Scottish. It keeps its head down politically and in media terms, which has consequences for how Scotland sees itself and understands class and power.”

This has implications for politics and the political perceptions of Scotland: “During [the] indyref and still today, the No side of the media/political landscape is dominated by quite old-fashioned British nationalists, with the odd fretful, apologetic, culturally adrift dissenter like me” comments Rifkind.

He continues: “Yet in reality, a large chunk of the No vote is simply nothing like this at all. It is the professional classes, who (much like their counterparts elsewhere) value economic stability over pretty much everything else. These people are absolutely Scottish. Yet Scottish identity doesn’t quite allow them to talk about these things, Scottishly. So they keep their heads down and don’t talk about it, but still rear up at the end and vote No.”

The changing roles of men and women is addressed through a discussion with Rachel Stratham of IPPR Scotland, who told me: “What we see over the last fifty years or so is that social class has tightened its grip on marriage. In the post-war period of rising social mobility, women were more likely to marry across class lines than in the 2010s.”

“In the past marriage was one of few available routes to upwards social mobility for women” says Rachel: “While more than 1 in 3 women born in 1958 had a partner in the same social class as themselves, just as many women married into a higher class. Women born 20 years later, however, were far more likely to marry someone in the same class as their own.”

Education and employment are important measures of class and vehicles for transformation. One moving section covers the SQA debacle last summer when, due to COVID and exam cancellation, many working class kids had their grades reduced by algorithms – labelled by a system because of living in disadvantaged areas. Erin Bleakley, one of the Glasgow students who challenged the system, said to Darren: “We were being judged on our postcode. We were made to feel our postcode defined us”. The successful protest that she and others made led to the Scottish Government agreeing to revise grades and therefore reduce potentially life-changing discrimination against working class students.

Darren also visits St Andrews University – which has the highest intake of well-off US students anywhere in the UK. One such American student paying huge fees states that: “We all get here on our merit. Our background doesn’t matter.” And just when you want to dislike them, adds: “One of the most important things for privileged people is to acknowledge their privilege.”

The other side of this sees Darren returning to his alma mater, Glasgow Clyde College, pointing out that such further education colleges are invisible in the world of middle class advancement from school to university. He meets a former lecturer of his, Karen Bale, and a group of students who talk about class, choices, freedom and the role of education, leading Darren to ask: “Does freedom involve having to become middle class?”

A Different Kind of TV

Class Wars raises a myriad of illuminating issues about Darren, class and even the role of broadcasting in a divided society. First, Darren’s role is fascinating. There is personal reflection, observation and insights, laced with political and social intelligence and commitment.

Darren is a work in progress, changing in front of our very eyes as a presenter but remaining rooted in his values. The entire series is part of self-discovery about himself and how he sees and understands his place in society. He is a rare thing on TV – a genuine working class voice talking with authenticity, experience and passion about class, inequality and power; although as he acknowledges much of his lifestyle and choices are now middle class.

“I wanted to show that you can discuss class openly without making value judgements or slipping into Marxist self-parody” he says to me. “Doing the series helped me better discern between aspects of my experiences which are directly linked to class, and which are just part of my personal neuroses. As an activist, it’s important to take inventory on that every now and then, or you risk attributing absolutely everything to one systemic factor. Not everything has to be political.”

Sadly, this series will probably not be part of an advanced guard of new socially aware challenging broadcasting but more likely a one-off created by Darren’s status and charisma before normal service is resumed. An exception before returning to condescending programmes telling us we can have it all or celebrities teaching us their life lessons during the pandemic.

But Class Wars is a glimpse of a different TV and intelligence, and thus all the more powerful and commendable. TV does not have to patronise and belittle, and pretend that we can all self-actualise and make our dreams come true. Class Wars is a salutary reminder that not only can we ask serious questions of ourselves as citizens but that we can occasionally have broadcasting about serious things that really matter. In this it is at least a double wake-up call about society and power but also about the stale diet that TV regularly serves us up.