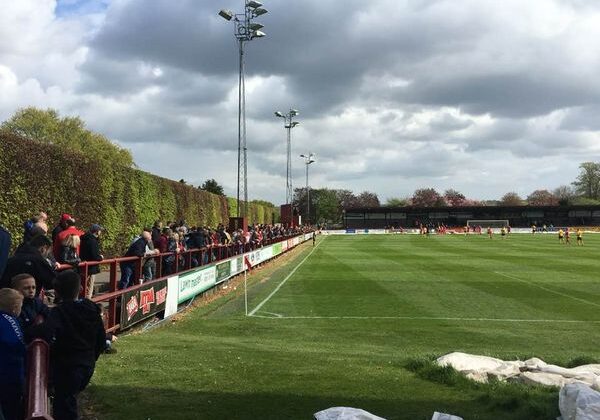 After a dramatic season can football resist the pull of corporate capitalism?

The past few days saw the climax of the domestic Scottish football season. One that has been difficult for clubs, players, managers, coaches, and fans as we have all come to terms with a different type of football – and sport – during the pandemic.

The past year has seen all sorts of milestones: Rangers winning the league; Dundee returning to the top flight beating Kilmarnock in the play-offs ending Killie’s 28 year run in the Premiership; the return of Hearts to the top league at their first attempt; the rise again of Patrick Thistle; the renaissance of Queen’s Park on Glasgow’s Southside after finally turning professional; and then of course St Johnstone who not only won the Scottish Cup at the weekend but did so completing a cup double adding it to the League Cup they had already won.

Yet the football game is now increasingly defined not just by those key moments, with their elations and joys for winners and disappointments and hurt for losers, but by other factors. These include the concentration of money at the top of the game, powerful corporate interests, and the ever-assertive global elite who have little concern for the interests of fans, history and grassroots aspect of the game – of which the recent European Super League was one manifestation.

In Scotland, in the aftermath of the George Square riot, Glasgow Rangers have still yet to issue a fulsome statement condemning sectarianism, racism and thuggery on the part of a section of their supporters. Instead, they have taken refuge in lashing out over a video which purportedly showed some players and supporters singing sectarian songs, the authenticity of which the club immediately challenged. Rangers have gone for the old ruse of threatening legal action against critics and playing to the lowest part of their fan base.

It is not a good look for the club, the game or Scotland, but it is one a host of prominent Rangers fans such as Tories Murdo Fraser and Adam Tomkins are happy to play along to. Senior Tories will tell you privately that they despair of this approach which is unlikely to win new adherents to the Tory cause. Adding to this that august body the SFA – well known for never taking any courageous leadership when it is needed – have abdicated having any responsibility on this with Ian Maxwell, its head, stating: ‘This incident in George Square didn’t happen in a football setting’ and ‘if moronic behaviour like that happens outside the realms of the stadium it’s difficult to see how a club can be responsible.’

A Scottish season in the midst of a pandemic

In the midst of this the past weekend saw the unlikely triumph of St Johnstone adding the Scottish Cup to the League Cup already won this season. This is only the third time ever a team other than ‘the Old Firm’ have won both cups in the same season: the other occasions being Aberdeen in 1985-86 and 1989-90.

A club the size of St Johnstone with limited resources is not meant to be able to achieve this kind of success in the Scottish game. Founded in 1884 they never tasted major silverware until 2014 when they won the Scottish Cup for the first time; and now in his first season as manager Callum Davidson has added two more trophies. This has not happened by accident, they have admirable team spirit, discipline, and a chairman who backs his manager. They also have the belief to take on the likes of Rangers who they put out of the Scottish Cup in dramatic style, in extra time and penalties, aided by the heroics of their goalkeeper Zander Clark, who assisted one goal and saved two penalties in the shoot-out.

At the opposite end of the game Kelty Hearts played Brechin City for the right to play in the fourth tier of the senior league next year. Brechin have finished bottom of their league the past two years and last year saw the play-offs postponed due to COVID, and attempted to do the same again this year.

Over two legs Brechin succumbed to Kelty Hearts 2-1 and 1-0 – the second leg, with Brechin’s fate sealed at their home ground – Glebe Park – an attractive, intimate ground with a striking hedge running the length of one side of the pitch (photographed above). Kelty have been managed for the past three seasons by former Rangers legend Barry Ferguson who promptly resigned after his success, seemingly for pastures new. Brechin chairman Ken Ferguson said after the result: ‘We’ve got a good stadium, we’ve got a good fanbase, so there’s still going to be football in the community.’

Glebe Park, along with nearby Forfar’s Station Park and Queen of the South’s Palmerston Park, are my favourite grounds for feel and warmth of welcome in the whole country. The last time I visited Brechin’s ground two years ago they were embroiled in a relegation battle from the third tier of the senior set up (it being called League One with all the divisions suffering from grade inflation!). It was the last day of the season, Brechin were playing Stenhousemuir and had to win to avoid the drop; they failed and were relegated. On that day the now Scottish Tory leader Douglas Ross was a linesman, having been given special dispensation to leave the Scottish Tory annual conference early to do his other job.

It took Scottish football until season 2014-15 to agree to a football pyramid structure – whereby the failure of finishing bottom of the lowest league carried with it the potential of going out of the senior set-up, and of new teams and forces rising up through the leagues. Even then the odds are stacked against the new teams: the winners of the Highland and Lowland Leagues meeting in a two-leg final to earn the right to play the bottom team in League Two: whereas in England they have had automatic demotion for decades.

Prior to this the Scottish game was an effective closed shop – a franchise for life without franchise requirements as long as you managed to avoid going bust – which happened to a few along the way: Airdrie and Rangers for example. In this it seemed like an unappealing metaphor for other parts of Scottish society – where insider interests managed to protect their rights and privileges from new challengers and outsiders.

All of this changed in 2014-15 and as a result over the seven subsequent seasons East Stirling, Berwick Rangers and now Brechin City have dropped out of the senior league. They have been replaced by Edinburgh City, Cove Rangers and now Kelty Hearts – all bringing new vigour and hopes to the league set-up.

Yet football as a corporate leviathan grinds on. This coming weekend will see the European Champions League final – supposedly the jewel in the crown of club football in Europe, if not the world. This is supposed to pit the champions of each nation and best teams in each league against each other. This year it is between two teams from England – Manchester City and Chelsea – neither of who won their league the previous season, finishing second and fourth respectively.

This never used to happen. Each nation used to get one place – the team that won its senior league. The only deviation was if the team who won the European Cup did not happen to win their national league that year: said country getting entries for their league winners and European Cup holders. Then along came the Champions League in 1992-93 and the dominance of ‘the Big Four’ leagues – England, Italy, Spain and Germany – who now each get four places; and by the previous winner criteria one country can occasionally get five!

Thus a tournament which used to be defined by diversity and the breadth of the continent has become about the power elites and interest of the few – reflecting the capitalism we live in which shapes our lives. In the Champions League it is of little surprise that teams from ‘the Big Four’ increasingly dominate it – the last winners besides them being Porto from Portugal in 2004.

It took until 2000 for the first European Champions League final to be held between two teams from the same nation: Real Madrid and Valencia from Spain. Including that game and this Saturday’s there have now been a total of eight finals between teams from the same country. All of course are from ‘the Big Four’ – three England, three Spain, one Italy and one Germany. Two of the last three European Champions League finals have been all-England affairs.

Even this predicable state of affairs is not enough for UEFA. From 2024 they are proposing an expansion of the Champions League by four teams with two of the extra places awarded on historic performance. This would offer a safety net to big clubs missing out on Champions League qualification, such as Arsenal and Spurs, to leapfrog higher placed teams in their league – helping the big money teams at the expense of everyone else and sporting integrity and competition.

If that were not enough big change is also coming potentially to the FIFA World Cup which used to be seen as the pinnacle of the global game, certainly for fans, if not the money men. It is not enough that we have to endure the ignominy of the 2022 World Cup being played in Qatar and moved from its normal June-July slot to November-December because it would be too hot in the summer months.

The World Cup has taken place every four years since 1930, with the exception of 1942 and 1946 due to World War Two and its aftermath. This has given twenty-one tournaments spanning the globe and providing some of the greatest and most memorable moments the game of football has ever produced.

Last Friday FIFA passed a Saudi Arabian motion by 166 to 22 to undertake a review to look at hosting the men’s and women’s World Cup every two years. This proposal would not be in the interest of players, managers or fans. Not only that it would take the unique quality, wonder and magic out of the tournament by making it happen more regularly. The only interests this will serve will be the corporate interests who increasingly run the game and have become the defining force in FIFA, while ignoring what works for the benefit of the game.

Football then still has the power to enchant us, capture our imagination, give us highs and moments of elation, and take us to the pits of despair and hurt. It can draw upon deep reservoirs of tradition, memory and history, and it can still utilise an enormous pull of community power and sentiment. But increasingly the game is now being shaped and defined by a few national vested interests in the biggest clubs and a global class who are only interested in their own self-interest, monetising their position, and maintaining the status quo of the game run by the few for the few.

This is a world of a select band of corporate winners who believe that the world of football should be run to protect and maintain their privilege to the detriment of everyone else. If this corporate closed shop continues we will see many more Champions League finals played between teams from the same league who know each other intimately, while football as a sport and competition continues to wither and decline, ultimately to the detriment of the fans and the game itself.

This is the world of ‘Robber Baron Capitalism’ brought to football, but who will have the courage to stand up for the fans and the game, and take on these unaccountable vested interests in this area and indeed the rest of the global economy?