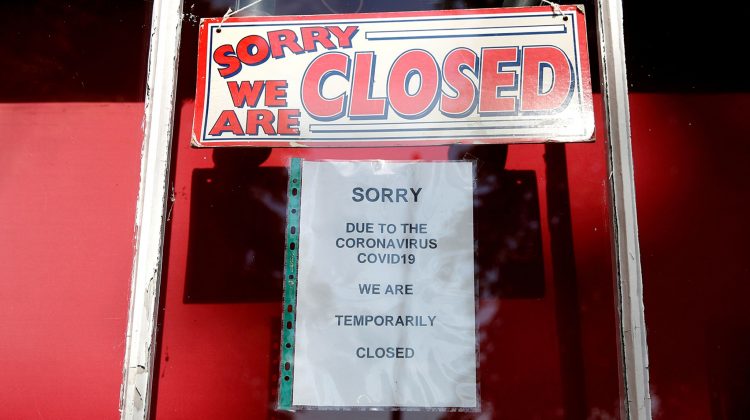 After the COVID recession: The age of conservatism is coming to end

This week the scale of damage done by COVID-19 to the UK economy was confirmed as much more serious than previously thought. The drop in GDP for the second quarter of 2020 was 20.4% – the highest on record for a quarter – contributing to a 22.1% fall in the first six months of the year, plus a significant rise in the claimant count to 2.7 million people and a dramatic fall in employment.

But this is nothing compared to the storm clouds gathering for winter and after – with an expected rise in unemployment to beyond 1980s levels; ongoing business closures; and an explosion of state and corporate debt pushing government and business spreadsheets into the deep red.

Yet since the start of the year – eight months ago – we have known the broad shape of this pandemic. And more than that, governments have known that a pandemic such as this was waiting to happen. Despite this there was a well-documented absence of adequate disaster planning, alongside a failure to grasp the fragile nature of the economic model that right-wing ideologues so regularly lauded.

The UK Government has engaged in endless self-congratulation over its furlough scheme, and such fripperies as the ‘Eat Out to Help Out’, while the stamp duty holiday in England and Northern Ireland has merely accelerated a short-term housing bubble. Never mind that the realities of the often promised and many times delayed UK ‘world beating’ track and trace system have proven to be another example of what happens when public policy is run by corporate capture and the likes of Serco, Deloitte and Dido Harding, ex-CEO of TalkTalk.

UK economic orthodoxy has been an outlier in the globalisation view of the world. This is, as economist Katherine Trebeck observes in the forthcoming ‘Scotland after the Virus’ edited by myself and Simon Barrow, ‘A world economy and supra-national institutions wedded to outdated assumptions and yet again relying on old principles.’

UK orthodoxy is based on the allure of continued consumption as the driver of economic growth – the idea that households and individuals engaging in rampant consumerism fuels the wheels of our service-dominated economy driven by materialism. Everything else is secondary to this ‘spend, spend, spend’ mindset: debt, inequality, a high street strangled by online sales, let alone the downsides to consumerism and the undeniable environmental cost. UK Government ministers have tried to explain the UK’s appalling COVID19 record in deaths, illness and economic damage by the size of the service economy: one based on transactions and face-to-face individual exchanges.

There is now a significant consensus about the shortcomings of GDP – from the dangers of economic determinism to environmental limits to growth. But GDP also does not capture large amounts of the new wealth including assets, shares, property and offshore accounts. Data from the World Inequality Lab shows that the UK income to wealth ratio in the entire economy stood, pre-COVID, at 605% of national income – the highest it has ever been since 1913; up from 337.3% in 1977 – a near-doubling in four decades. This is the footprint of financial, global, secretive Britain and the economy that government and economists should be measuring – one where the rich have disproportionately invested in assets and hold more of their monies and investments in wealth.

At the onset of this pandemic, mainstream economists talked of the possibility of a V-shaped recession: a sharp decline followed by equally dramatic recovery. Yet any study of the previous 150 years of global capitalist recessions – since the 1870s through the 1920s and 1930s, 1970s and 1980s and early 21st century – underlines the unlikelihood of this model actually happening. Rather recessions damage economic and social well-being and the destruction they wreck is never ever fully replaced.

Yet even informed economic commentary clings to the illusion of a return to ‘normalcy’, with Sky News economics editor Ed Conway writing: ‘The good is that the recovery will be rapid; next year may feel a lot more normal than anyone can envisage now’, although he then undercuts this panglossian view by talking of the delayed economic damage which will become more apparent next year after the end of furlough and VAT and business rate holidays.

Any thought of returning to ‘normal’ has to be qualified by the realities of global debt pre-COVID reaching 322% of world GDP, high rates of corporate debt, the prevalence of ‘zombie firms’ (companies which only really exist because they can service their debt for now), and the rise of an economy based on what Marx called ‘fictitious capital’ – the shift from productive to financial assets.

Banks such as the Federal Reserve in the US are having to intervene in the economy to a scale never before seen. Global economist Adam Tooze has observed that central banks ‘are being sucked into a series of entanglements that they cannot control and that they normally will not touch with a long pole, but this time felt they had to go in and go in hard.’

In such cataclysmic times, after forty years of an increasingly failing economic model, where are the alternatives? The outline of the next economic order and settlement can be sketched, but politics has to dare to give voice to it – and importantly specific detail. The COVID19 pandemic like 2008 has shown the power of public spending. But this requires an overhaul of the state from the corporate capture we witness at the heart of Whitehall and an end to the gravy train, insider trading capitalism which has become the hallmark of UK governments of which Boris Johnson’s is merely the most brazen.

Second, the limits of private corporate investment has to be recognised. In the UK and US in particular and across most of the developed world it has failed to rise to the challenge of investing in the long term, instead looking at the quick return. Reform of private corporate governance and finance has to be at the core of any new economic model – easier said than done, considering the resistance from capital this will create.

Third, economies cannot be run ‘living on thin air’ by endless speculation. Instead, innovation, investment and understanding the productivity gap which harms the UK are pivotal. Here the UK’s legacy as an Empire state and historically high defence spending has hampered research and development and the space for industrial innovation.

Fourth, post-COVID19 we will see across the world the rise of monopoly capitalism and new cartels and oligopolies all trying to restrain competition and distort markets. Related to this is the emergence of surveillance capitalism connected to Amazon, Google and Facebook and others who while pretending to offer choice, information and connectivity are endless mining and gathering our data.

Fifth, any new economics as well as politics has to put to centre-stage the need to understand the limits of growth, sustainability and the planet. As writer Pat Kane puts it in ‘Scotland after the Virus’: ‘We must massively reduce the material throughput of our economies – which implies a full-system change’.

Fifth, the true nature of wealth in the world economy has to be mapped. The intricate web of tax havens and offshore arrangements has to be curbed, as does the spurious activities of finance capital which only create ‘fictitious capital’. The British state is pivotal to this dark money version of the world – one that influences the economy and business, politics and how elites see themselves and protect their interests.

The direction of the UK in the last ten years has made the above characteristics worse, started by George Osborne’s intention to shrink the state from 42% of GDP to 35% – a size not seen since the 1930s – and whose cuts have fallen disproportionately on those poorer and in less affluent parts of the country.

Tory politicians pretend they don’t know how much harm this causes. Public health expert Michael Marmot has recounted that he explained to a former Tory UK Government minister the impact of cuts saying: ‘Your government’s policy was ‘make the poor poorer’’, adding: ‘He looked uncomfortable and said that perhaps it was not their explicit policy. But there are smart people in the Treasury and they must have known that this would be the effect.’

Yet the economic revolution needed is not just about rewinding the past decade, or the last 40 years to reach pre-Thatcherism. A much more fundamental set of changes is needed in the UK and beyond. The entire basis of the UK economy since the beginning of the industrial revolution has been geared towards short-term dividends, shareholder and speculative interests, and the disconnection of finance capital from industrial capital.

If a new economics is needed this is also true for Scotland and independence. The SNP Growth Commission chaired by Andrew Wilson has at least had the honesty to lay out in candour the limits of conventional economic thinking and their acceptance of austerity and the interests of finance. What is more difficult in a small country is laying out a plausible alternative.

Here is one radical suggestion on the economics of independence which is at least worthy of exploring. If the UK wealth is at least six times larger than UK national income that reality will be broadly true of the economy in Scotland. Much of the wealth of our land will be hidden: in assets, shares and offshore arrangements.

A starting point for Scotland’s global re-emergence would be to make an accurate audit of the economic worth of our nation beyond the limits of what we know at the moment. And to recognise that this goes way beyond Barnett, GERS and fiscal transfers and is about Scotland’s global footprint in the world. We are part of the UK economy – and because of this have ended up with a version of economic wealth and prosperity much of which is questionable socially but also currently hidden. Bringing this into the open would be a democratising action and one that could present a very different fiscal balance sheet for an independent Scotland.

This though is merely one small part of a global shift required in calling time on the failed economics and their apologists in recent decades. The last defenders of the global order are going to cling to the last to their shiny towers of finance capital – to paraphrase Tom Nairn.

The political forces supporting them are weak and divided. The UK Conservative Party won the 2019 election but its vote is skewed towards those aged over 55 and its support under 35 is lower than when John Major led it to defeat in 1997. Even more, the Tory vote is based on maintenance of health services and pensions without increasing taxes; ‘Everything I’ve got I’ve earned. The generation under me just seems to expect everything to be given to them’ said Kathleen, a retired Tory voter in a NatCen focus group. This is the politics of conservatism, inertia and the status quo and the Tories as the party of entitlement.

That defensive politics of the right – generationally, economically and socially – is being mirrored across the Western world – and it is a fatal mistake for the right. It leaves the existing global order with a decreasing number of political allies and natural constituencies – one which offers a major chance for change in a progressive direction. The economics of the world post-COVID are going to bring about a different world order – one which will remake our lives potentially for the better and challenge conservatives and orthodoxies globally, in the UK and Scotland.