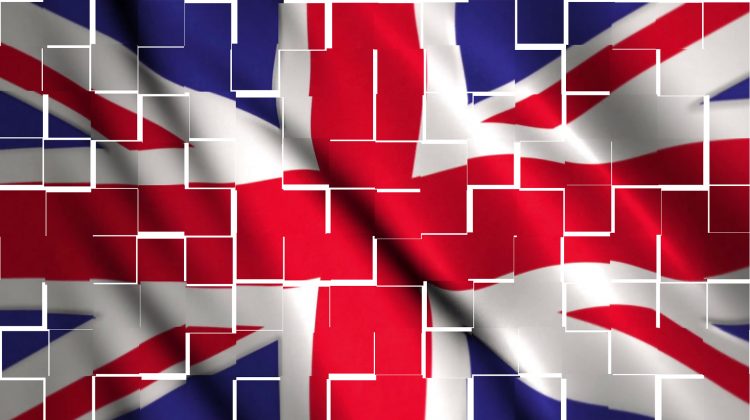 This past week the UK Government finally woke up to the make-up of the United Kingdom. This has been painful for some at the centre of the UK Government – some having been in deliberate denial for years, while others on the right still want to fight what would be a futile rearguard operation to reverse devolution.

This crisis has seen the continual rhetoric of a ‘four nation approach’ which was meant to signify Scotland, Wales and Northern Ireland marching in lockstep with whatever the UK Government said and did, and didn’t say and do.

In the past week tensions have boiled to the surface – triggered by Boris Johnson’s Sunday TV address declaring his intention to begin loosening the lockdown – which for all his assertions of talking about being ‘Prime Minister of the United Kingdom’ was actually and obviously about England alone.

This became even more explicit when the Scottish, Welsh and Northern Irish governments responded to Johnson. All three signalled their unwillingness to drop the clear ‘Stay Home’ message for the ambiguous ‘Stay Alert’ – a statement that only 30% of voters understand compared to 91% for the previous message. The administrations also indicated that they had not been consulted or spoken to in advance of the Downing Street change.

Subsequently over the course of the week the chasm across the union expanded. The Scottish Government made clear that the Downing Street shift is about England and made the most minor amendments here; 62% of respondents in Scotland in a University of Edinburgh study trust Scottish Government ministers to deal with the pandemic compared with 37% saying they trusted the UK Government.

Mark Drakeford, Welsh First Minister, has indicated that English visitors to Wales would be stopped by the police on the border and turned back. The Northern Irish administration led by Arlene Foster and Michelle O’Neill have published their own five-stage plan to come out of lockdown led by evidence and science.

This has left Boris Johnson as de facto leader of England – something which does not exactly please many Tories and which some would wish to deny, retreat on or blame the devolved governments. The implications for this are likely to be long lasting and continue well after the coronavirus.

Already English right-wing voices have taken notice of fractures in the union. Tory MP Daniel Kawczynski raged against the devolution divergence: ‘Do we really need the massive additional expense of this Welsh Assembly? Just another layer of red tape and massive extra cost to taxpayers. I am looking forward to day when we return to one Parliament and one policy for whole of United Kingdom.’

Elsewhere Kawczynski has railed against ‘how far devolution has gone towards picking apart our United Kingdom’ and saying ‘it’s time for a rethink’, views which according to the Conservative Home website echo the sentiments of many Tory backbenchers.

The Times on Wednesday last week contained its daily Peter Brookes cartoon – this time of Nicola Sturgeon in full Braveheart garb, with Saltire painted face, and paint brush in her right hand like a claymore. She stood behind a podium on which the words ‘Stay Home’ had been altered with ‘Stay’ crossed out and changed to ‘Home Rule’. It was a backhanded compliment: being noticed and having clearly rustled the feathers of sections of a Southern audience.

The Times editorial the next day entitled ‘Disunited Kingdom’ blamed this predicament on Nicola Sturgeon, its sub-heading demanding that she ‘should resist playing independence politics’. The actual editorial went further, observing of Sturgeon’s actions that ‘this crisis has not gone to waste as she continues to play politics.’ No such reprimand was given to Boris Johnson.

In a more prescient part of the editorial it noted the twin track approach of Sturgeon in this crisis: ‘This places her politically in the uniquely advantageous position of being both government and opposition at the same time.’ That observation is bang on the money: the way successful Scottish politicians down the ages have had to adapt to succeed in the UK, and also how governing parties in office for a lengthy period widen their room for manoeuvre by being simultaneously incumbents and insurgents. Many independence supporters would like a bit more of the latter.

The faultlines at work have deep roots and origins which will not go away. Whether we like it or not, most English political opinion does not think in any detail about Scotland, Wales and Northern Ireland. This is despite decades of political debate in each about their place in the union, thirty years of ‘Troubles’ in Northern Ireland, and several constitutional referendums for each. They are mostly seen in Westminster as problems to be managed or completely forgotten about.

Scotland’s independence referendum has left a northern territory that bemuses and confuses Westminster politicians. Once upon a time the Tories won sizeable support and even briefly majority opinion in Scotland, but a long time ago. Labour in Scotland no longer provide a guaranteed block vote of 40-50 MPs to aid the party’s path to power. It is not clear how Labour in England rethink and remake their attitude towards Scotland.

The bigger issue is England – only one out of the four nations but comprising 84% of the UK population. The Tories have grown used to seeing England and Britain synonymous – it is a path which runs from Stanley Baldwin in the 1920s and 1930s to Winston Churchill in the 1940s and 1950s, and Margaret Thatcher in the 1980s.

But now this ‘England as Britain’ is really only a projection of a greater England – a centralised, bitterly divided and permanently angry nation which does not seem to understand or comprehend any of its neighbours whether continental, nearby Ireland, or the other nations that share the territory of the UK.

Boris Johnson and Tory England inhabit a fantasyland: a country which sees itself as generous, global in ambition, and comfortable in its place in the world. Yet increasingly their take of England represents a cartoonish vision of history, with the likes of Michael Portillo this week waxing lyrically in defence of the British Empire and criticising those who saw it (and ‘imperialism’) as a bad thing; alongside a caricatured notion of liberty reduced to hyper-individualism without social conscience which now seems to include the inalienable right to mass death with Covid-19.

Yet where in all of this is Labour’s England? Post-war, it has been mostly missing and instead been about sublimating England into the idea of a progressive Britain. This project has been unbalanced by Thatcherism, the onset of devolution and the lack of an explicit English dimension, alongside Scotland falling out of the Labour coalition.

Something more is at play in Labour’s unease with England: namely the party’s disdain in talking about and understanding nationalism, seen in Gordon Brown and Douglas Alexander’s perpetual misunderstanding of Scottish nationalism; and in Tony Blair saying that he ‘distrusted nationalism as a concept’ – by which he did not mean the British nationalism of militarism which led to the killing fields of Iraq, but those troublesome Scots!

Some observers think that this crisis of the union is currently at its peak and will pass the critical point as the four nations again converge. This seems to miss the bigger picture in all this.

It is only a few weeks since Scottish Tory leader Jackson Carlaw announced ‘There is no border’ between Scotland and England – a stance which was not only wrong, but incomprehensible to any idea of a thoughtful unionism based on a union of different parts.

This week we are preparing for the closure of the Scottish-English and Welsh-Borders. If that were not enough the UK Government has admitted there will be customs checks between Northern Ireland and the British mainland due to Brexit. So much for a ‘single United Kingdom’.

The first two border changes caused The Guardian’s Martin Kettle to note that: ‘It would be interesting to see if historians can identify the last time that English people were barred from Scotland or Wales. But we must be talking centuries. In such circumstances, it is harder than ever to know what “one nation” Conservatism now means.’

Borders have many meanings; they include and exclude. They are intrinsic to the idea of ‘Britain ‘as an island separate from the rest of Europe, an idea that mythologises parts of its coast and headlands and in particular the White Cliffs of Dover which have played a walk-on role in history from the Battle of Britain to Brexit.

The UK is made up of thousands of islands and part of another nearby large island – Ireland, yet the notion of Britain as a separate island contributes to the idea of external borders as providing protection and security from those outside trying to get in whether historical invaders or today’s asylum seekers, refugees and migrants.

The Bulgarian writer Kapka Kassabova since coming to live in Scotland has observed the British imagined border: ‘The idea in the public consciousness in Britain post-Brexit is that borders are there to protect you against ‘them’’. She contrasts this with her experience of growing up in Communist Bulgaria: ‘if you were on the other side of the Iron Curtain the border was something that stopped you leaving. So the border was the oppressor, which is how the refugees of today are experiencing the borders of the EU.’

The idea of what Britain is and its possibilities is being visibly constrained and curtailed: narrowed by the explicit assertion of England as Britain, and defined by hard borders with neighbouring states while being divided by internal borders between England and the rest of the UK.

It is important to note that it is the English political classes who have decided to erect these new dividing lines, give them greater importance, and turn them into ramparts behind which a ‘little Englander’ mentality grows and festers.

This seems like a fundamental fork in the road, but has been building for decades. We are it seems getting closer to a de facto English unilateral declaration of independence, but whatever happens in the constitutional relationships between the four nations of the current UK, how England governs itself and sees itself is of major importance to Scotland.

Are the forces of Labour and the left so inadequate that the fantasy world of Boris Johnson and Toryism can permanently capture and dominate the political landscape? The current brand of English Toryism has little to offer the vast majority of the people of that country, or the wider UK.

Instead having been in office a decade it has presided over a disastrous legacy, with The Economist summarising how Britain is seen by foreign observers during this crisis as ‘confirmation of deeper-rooted problems: a political culture of hubris and exceptionalism; atrophied public services; inequality and poor health.’

The united front of the Scottish, Welsh and Northern Irish administrations in the past week and over the course of this pandemic is a statement of a grown-up serious statecraft and governance.

Such an approach for now seems to be one that English Toryism is happy to reject as it embarks on a road which can only lead to widespread economic and social difficulties. This version of English Toryism has to be defeated. To do so Labour, Lib Dems, Greens and others on the centre and left have to start talking about a different kind of England which is progressive and sits alongside a self-governing Scotland and Wales, and Northern Ireland which no longer look to London.