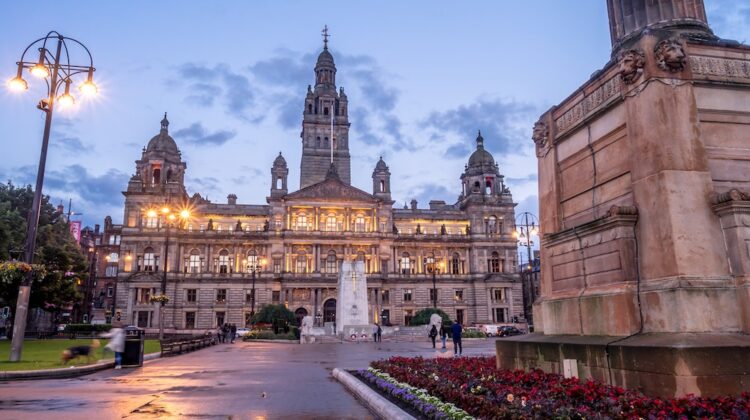 Glasgow on the Edge

Glasgow is a great city with a proud history, traditions, cultures and a rich record of invention, industry and radicalism.

There are of course many different Glasgows within the city’s boundaries – and often reality jars with how the city likes to see and think of itself. One key example is the consistent conservatism and high-handed bureaucracy of Glasgow City Council in a city that prides itself on its commitment to radicalism. Too often though down the years the city’s municipalism has been characterised by the exact opposite – a lack of imagination, a contempt for community voices and a belief that City Chambers knows best.

In the past week the city authorities have announced the permanent closure or, in council speak, ‘not scheduled for reopening unless a community group takes it over’ of getting on for 60 amenities from museums to galleries, and from community centres to sports facilities. These include St Mungo’s Museum of Religious Life and Art to the Provand’s Lordship (dating from 1471); Partick and Woodside Halls; Hillhead, Maryhill, Whiteinch and Baillieston Libraries – which are all, along with many more, under threat of closure.

The announcement by Glasgow Life – the hands off agency created by Glasgow City Council in 2006 – claims that the downturn in monies and use caused by COVID has left it with no choice but to make these difficult decisions. Yet this situation has been building for years with Glasgow Life running year-on-year deficits, while the original aim of its creation was to raise extra funding. There are lots of good, passionate people trying their best in Glasgow Life but it is a fatally flawed model operating in a hostile environment.

All of this is happening against the backdrop of the attrition of local government which has been going on for decades, has accelerated under devolution, and become turbo charged under the SNP. Not only that, there is a dearth of understanding on the part of the Scottish Government and councils like Glasgow about the importance of services which really matter, breathe life and hope into communities, and which give people in disadvantaged areas an opportunity for a better life.

Add to this the cuts to local government over the past decade under the SNP. These amount for the years 2013-14 to 2019-20 – according to the Scottish Parliament Information Centre (SPICe) – to a cut in real terms of £153 per head per annum, while Glasgow has seen the largest cut of a wholly mainland authority of £270 per head per annum. This grim financial backdrop is one of the major factors leading to last week’s announcement.

The road Glasgow and Scotland is on

The Glasgow decision will be mirrored and followed by other councils the length and breadth of the land. There are alarming factors contained in this which should worry all of us. First, the cuts announced last week and in this round across the country will not be the last world. Rather, much worse is to come over the next few years, unless we change course in how local government is supported.

Second, while the opposition parties have decried SNP Glasgow cuts, there has been a deafening silence, even denial in the SNP. A range of SNP members I spoke to had different views, but a significant number showed no concern or interest. Instead, I was met with the following responses: ‘many of these facilities have been historically underused’; ‘people are getting all wound up over old, crumbling buildings’; and ‘what really matters are not buildings but services’. There are SNP members who have publicly taken a stand such as Mike Dailly of Govan Law Centre but they are isolated voices.

Third, the above underlines that devolution Scotland has few who champion local government and local democracy. All of the main parties represented at the Scottish Parliament – with the exception of the Greens – advocate centralisation and have all been leading exponents of it when they have held office. The national politician who champions the local is a rare beast: with former Green Andy Wightman or Labour’s Paul Sweeney exceptions.

Fourth, through all this is an alarming contradiction. The SNP manifesto after fourteen years in office is promising all sorts of bright, new, shiny goodies all of which will cost monies. Yet simultaneously they are presiding over the strangling of local government and the diminishing of the public realm.

Instead of continually offering up new things would it not have been better to prepare for the post-COVID environment by offering up something such as a national solidarity programme to support local government, its finances and services, which were already vulnerable, exposed and underfunded pre-COVID? Wouldn’t that have offered more reach, inclusion and impact than rolling out yet another set of unproven new initiatives?

This sad tale says much about real power, politics and how decisions are made in Scotland. The SNP won control of Glasgow in 2017 and have run a minority council since. Their leadership and councilors under Susan Aitken have sadly been inadequate champions of the city. Whenever they have raised their heads and taken an independent stance, championed the city beyond party, or strayed beyond the dead end of party loyalty, they have been told off by the national party and told to keep quiet.

Not surprisingly this has led to an absence of civic leadership and champions of the city. Instead, SNP-run Glasgow City Council has become an advocate for what the Scottish Government says and does, but receiving little back in the way of programmes and funding.

This underlines that the Scottish Government in reality sees affairs of state and politics as about how it organises and reorganises things to take more power and responsibility. Too often it sees other public bodies and institutions as delivery agents for its view of the world, or worse, as irrelevances or blockages

The remorseless centralisation of public life does not reflect well on our political class and how we do politics. It doesn’t lead to better public outcomes or better public services. The reverse is true, to which the answer of the centre is always to take even more powers to itself.

This has consequences for the project of independence. What point is there in becoming a self-governing nation if it is in the context of a Scottish Government and Parliament that not only hoards power to the centre, but regards others with suspicion or even hostility? What mobilising, positive vision does independence offer if local democracy has been hollowed out and the public realm up and down the land left feeling decrepit and disrespected?

The announcement last week about Glasgow will not be a one-off for the city or country. All over Scotland once-loved and treasured services and facilities that have made a difference to the lives of countless thousands, young and old, will be earmarked for closure, such is the fiscal climate we will be living in for the next few years unless there is a change of priorities.

In the week prior to the Glasgow decision I spoke to a senior council officer who mentioned in passing that the future of public parks is now in question with the prospect of community trusts running such amenities across the city – and local people being asked to fill in the increasing gaps in funding.

Cherishing what makes us human

Yet, there is a different, longer-term view that should be heard. After a year of restrictions, lockdowns and many lives that have been lived in isolation and disconnection, do we not need to reappraise what it is that makes us human?

What makes us human is not the contactless society of the past year. This is not just the world of digital transactions sold to us by banks and internet companies, but the extension of this into nearly every aspect of our lives to the point it has become a digital dystopia shaping most of our relationships and experiences. Yet, what makes us human and cherish life is being social, connecting, sharing and being in the real company of other human beings.

Scotland after the Virus should be a place where we recognise and value the contribution that museums, galleries and community centres make – adding to what makes us human in the ways above. Launching a widespread culling of such valuable resources after the year all of us have just experienced is entirely the wrong way of looking at the world.

Glasgow is being made a less vibrant, unique and interesting place by a set of actions that can only be described as civic and cultural vandalism and self-harm. This course diminishes Glasgow and deprives countless Glaswegians of services, support and choices, and makes the areas many of us live in less dynamic and interesting places.

This is not some small local story. This is about what makes us who we are: people with opportunities and choices whatever our background, a culture where people can learn, evolve and grow, and find numerous ways of being citizens not just consumers.

In the past week Glasgow has offered us a glimpse into a future which is increasingly soulless, defined by alienation and isolation, and where the public spaces and institutions which define us beyond the marketplace, are left to shrink and decline. That is the future our politics and politicians are offering us for Glasgow and Scotland – with one or two honorable exceptions – unless we drastically change the course we are on.