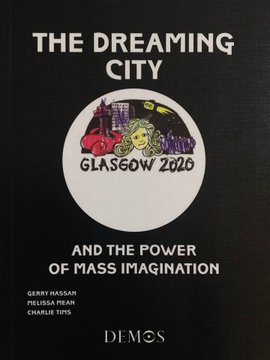 Glasgow it was announced this week would finally come out of Level 3 restrictions. By Friday Scotland’s biggest city will have endured 277 days of severe limitations on our freedoms that have come at an increasingly cost to the people and fabric of the city – the only place in the UK where people could not meet their friends in their homes, hug friends and relatives, or travel out of the city.

It has begun to feel like a city under siege, where the pressures and restrictions have really begun to take their toll on people, businesses and the feel and purpose of Glasgow. All of this is difficult and painful for people and the city generally. But it also raises big questions about the relationship between national and local government, how decisions are made, and the long-term direction and nature of Glasgow.

There is no getting away from the difficulties that national leadership faces in relation to COVID and in particular the burden that political authority carries with the weight of such big decisions. These are unenviable conditions and ones where there are no simple, easy answers given the scale of the pandemic – and such specifics as hot spots in the city and more powerful strains of the virus such as ‘the Indian variant’.

Yet in these difficult times we have to be able to both empathise with the trials of leadership and examine the wider context and the limitations they have part created. Looking at the latter, there is the exhausting micro-management of the Scottish Government and First Minister Nicola Sturgeon. This is across the public realm a politics of engaging in command and control, short-term drivers and crisis management, even before COVID, but dramatically accelerated as a result of the pandemic. Some of this has been a natural response in the past year, but the scale of micro-management from the centre and the First Minister has allowed little room for initiative by other government ministers or autonomy by local councils. This monoculture of political authority in devolved Scotland is a retrograde step and has to be at some point reversed.

Second, the cumulative lockdowns and restrictions raise the spectre of who speaks for local communities, and in the case of Scotland’s biggest city, who speaks for, represents and governs Glasgow? This does not seem to be Glasgow City Council who come over on issue after issue as powerless bystanders in much that happens within the city’s boundaries.

Third, is the question of what Glasgow are we talking about? When it comes to COVID restrictions these relate to the arbitrary nature of the council boundaries created in 1995 by Tory Allan Stewart to keep Tory affluent suburbs outside of the municipality – all of which had a negative impact on Glasgow’s finances. The Glasgow that people live in and work in is not the council administrative area, but the city region – the area it would make sense to think of in terms of COVID considering the high infection rates in places just outside the Glasgow council area such as East Renfrewshire.

Glasgow in recent times has seen businesses, enterprises and individuals under intense pressure, not knowing from one week to the next what they are allowed to do. Businesses in the city, many small and independent, have been left in the invidious position of hoping against hope towards the end of the week that they would be able to open on a Monday, buying stock and contacting staff, only to be told by the Scottish Government on Friday afternoon that restrictions were continuing. We all understand the importance of public health and safety, but many businesses and individuals are at breaking point.

There is a whole pile of obvious tensions and contradictions in this. Only a week and a half ago the Scottish Cup Final – the traditional curtain closure of the domestic football club season – was played before an empty Hampden Park. It made a moment of history – St Johnstone winning a cup double – into something less, whereas if the game had been moved to Murrayfield in Edinburgh fans could have come to the ground.

Yet in less than two weeks, with the opening of the European Championship finals – the first set of finals the men’s national football team have qualified for since 1998 – the city authorities are planning to open a fan zone at Glasgow Green which can take 3,000 fans at a time. At the same time Scotland’s two home matches at Hampden will see 12,000 fans allowed to attend – the first on Monday June 14th (with the same numbers allowed for the two other Hampden matches).

National Clinical Director Jason Leitch said of fan zone plans: ‘The hope is that this will be very well controlled.’ Responding Roddy Dunlop, QC, Dean of the Faculty of Advocates, described this as ‘holding 630,000 people in Level 3 with ruinous financial consequences’ to allow ‘3,000 people to gather in a fan zone and watch a 90 minute football game that’s on telly anyway’, concluding ‘I’m sure this will be a great relief to the hospitality industry’. Whatever this is, it is not joined-up government.

Tales of the Glaswegian City

All of this is difficult but it brings to the fore uncomfortable questions about Glasgow, its purpose and agency, and the stories it tells itself and the world, which also have wider ramifications for the country. Glasgow is a city rich in story and folklore, and more than a decade ago I ran an ambitious project on the city’s future that engaged people in identifying the stories which defined the city and the stories they would like to see in the future.

The stories of the city which emerged were rich and powerful, ranging from the Empire City to the Workers’ City of ‘Red Clydeside’ and UCS; Gangland and social disorder city; Problem City according to professional opinion and experts; Melting Pot City; City of Culture; and finally, Gallus Glasgow.

These stories all impact on the everyday city, the lived experience and the legacy, traditions and ethos of the place. There has long been a rich spirit in the city found in its Gallus nature, the imagination of its writers and in arts and culture – from music to theatre and the visual arts. But there has also been a deep disdain and fear of the ‘mob’ being unleashed which historically has always existed in places of change and radicalism; and the left romanticising of ‘Red Clydeside’ has little understood that it has been used by reactionaries and the right to scare middle class and moderate opinion.

As well as this a strain of professional opinion, experts and institutions, have taken to problematising and caricaturing Glasgow and its citizens. Stanley Baxter brilliantly satirised this in Parliamo Glasgow, but decades later the publicly funded Glasgow Centre for Population Health (GCPH) were reinforcing this tradition with their ‘Glasgow Effect’ – which began as ground-breaking research and ended up becoming a victim of its own success, contributing to pathologising the city and its inhabitants. There are so many examples, but one last year was an academic book called Transforming Glasgow that included a chapter titled ‘A sick city in a sick country’ with its opening words declaring: ‘It is no hyperbole to describe Glasgow as a Sick City within a Sick Country.’ Note the use of capital letters to avoid any doubt; surprisingly the authors came from GCPH.

Glasgow faces a fundamental set of challenges about its future post-COVID. These have been multiplied by the atrophying of local government which has occurred over the existence of the Scottish Parliament, but which has undoubtedly accelerated under the SNP at Holyrood. What is the vision the SNP have for Glasgow, now and in the near-future – after four years of minority SNP council and local elections in 2022? What is the vision for Scotland’s largest city – and the country’s most important city-region – in an independent Scotland?

This debate is urgently needed because Glasgow is struggling at the level of local politics, governance, and public agencies, and even more to find a place, voice and purpose in the context of the politics of modern-day Scotland.

The limits of ‘the official future’

Glasgow 2020 – the project I undertook with the co-operation of the council and major institutions in the city – universities, economic agencies, cultural and civic bodies and business organisations – involved 5,000 people contributing to events and discussions, a representative cross-sample of the city in age, background and work, and where they lived.

In the course of the work, we realised that one of the biggest obstacles to change in the city – and indeed anywhere – was ‘the official future’. This was what the council, public bodies and corporates told each other, citizens and wider world was the future – namely economically competitive, focused on global investment, driven by consumption and tourism, and shaped by a managerialist jargon of invoking a ‘world-class’ city’ embracing ‘step-change’. It said little to nothing about what people who lived in the city wanted or which made it unique.

A paradox ran through all the discussions we had with those with formal authority. ‘The official future’ of the city seemed all-powerful and omnipresent in the public discourse and pronouncements of institutions in the city with little room for anything else to breathe or challenge. Yet, at the same time no one even in the most senior posts seemed to really believe in it; people often cited this view of the world then made a sarcastic aside showing how their personal view differed. ‘The official future’ only held this dominance because people had to go along with what amounted to charade and pretence.

We posed that ‘the official future’ needed to be named, critiqued and replaced by a future vision and set of stories people collectively created and owned themselves, seeing themselves as active agents in the process. These would explicitly declare and champion the values people wanted to see in their city and its future.

If the city ended up failing to embrace a progressive, inclusive vision the future would become even more stark and divisive: the two-speed city of haves and have-nots; the lonely city of cut-off individuals; the hard city of disorder and punitive authority. But if people found collective agency and voice they could shape the city they want to live in. This could include the soft city of friendliness and neighbourliness, the dear green place of environmentalism and public spaces, the slow city of taking time out and not allowing everything to be about ‘the rat race’, and the kaleidoscope city where diversity and multi-culturalism are part of Glasgow’s core virtues.

All of these future Glasgows are present in the here and now. But to make Glasgow thrive, prosper and champion its uniqueness, there has to be an explicit debate about the future of the city – one in which the people of the city take centrestage and ‘the official future’ with its panglossian promises is recognised as having failed to deliver what it promised – an economically richer, more equitable and sustainable city.

The last year has come at a terrible cost to many including through bereavement and facing significant illness. Glasgow has had to endure being cut off from the rest of Scotland while in a city known for its friendliness we have been limited in our human contact and right to hug. Added to this the city council’s finances have become even more unsustainable, with a recent wave of closures of precious civic amenities announced.

In all of this, isn’t it time to expect more vision and boldness from our politicians and public life? And isn’t it time to listen to and trust people to shape the future of their city, tell their stories and create a Glasgow that is true to the best of its traditions?