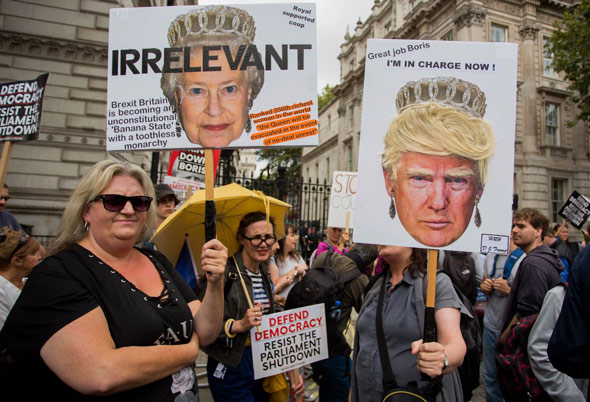 How do we talk and listen in an age of noise?

Scottish public life doesn’t need to look far for controversy and heat at the moment. There is the ongoing Nicola Sturgeon-Alex Salmond saga, the mess of the Scottish Parliament inquiry, the growing sense of drift in the SNP and the Scottish Government; combined with gathering authoritarianism and belief that it knows best.

Added to this is a palpable lack of accountability and taking of responsibility of many in power. There is the Crown Office controversy involving Duff and Phelps, and only last week the SFA finally published their long-delayed report into widespread child sex abuse in Scottish football which called on all the clubs in question to apologise and, as I write, to which Rangers FC have still maintained a complete silence.

Yet alongside such growing tensions, injustices and evasions, in parts of our public life over-the-top and feverish behaviour is now the norm. Indeed, this is not just found in Scotland but seems part of the modern predicament. We have constant accusation and counter-accusation across the UK and US about ‘culture wars’ and the power of supposed ‘cancel culture’ and ‘the woke brigade’. Next week Oliver Dowden, Culture Secretary in the UK Government will hold a ‘heritage summit’ – in his words ‘to defend our culture and history from the noisy minority of activists constantly trying to do Britain down.’

Simon Heffer calls this ‘British culture’s last stand’ in the Daily Telegraph; running alongside his column was a short video containing images of J.K. Rowling, Salman Rushdie and Ellen DeGeneres, asking ‘Is cancel culture the modern day witch-hunt?’ This is a Trumpian overblown statement unconnected to fact, with all three figures multi-millionaires and hardly in any real world victims of ‘cancel culture’ let alone a ‘modern day witch-hunt.’

Scotland does not escape such over-excited commentary, with historian Max Hastings – in a Bloomberg essay on the fragmentation of the UK – laying into Scotland in the most patronising terms, describing it as ‘the land of haggis and bagpipes’, and dismissively called Scots ‘a disappointed people’ who have ‘found ever more to dislike about the English’.

Even more hyperbolic than that were the comments of a senior UK Government source on how the Johnson government was going to challenge the SNP and independence, making inflammatory comparisons with the Vietnam War; saying of the UK authorities so far: ‘The strategy has been a bit like the US dealing with the Viet Cong.’ If anyone thought that was an inadvertent slip they continued: ‘The generals there were playing chess, trying to land that killer blow, but the game they should have been playing was Go, where you surround the opposing side. We need a much more holistic approach against the SNP, there needs to be work with charities, opinion formers and civil society to change people’s minds.’

Equating independence with the Vietnam War and the SNP with ‘the Viet Cong’ is dangerous talk which underlines how desperate the UK Government are, as well as the depths to which some will stoop to justify their actions – in this case the huge expansion of the UK administration’s union unit – at public expense. The language of war, violence and militarism is highly inappropriate, and gives the SNP the status of a heroic anti-imperialist movement and the union that of an oppressive colonialist occupier – neither of which are true. Vietnam destroyed a Johnson administration – that of LBJ in the US; such attitudes could bring nearer the end of the UK Johnson’s government.

In Scotland the tensions in some of the issues of the day, such as the Sturgeon-Salmond saga and Holyrood inquiry, have seen numerous commentators seemingly lose any sense of proportion. Iain Macwhirter, once respected for his political antenna, now seems to only know rage and indignation. For example, this week he trailed his Sunday article with the following Twitter stream of consciousness: ‘Sturgeon defence in full: I forget stuff – Fat man bad – Complaints against senior men not brushed under the carpet – MeToo# – Peter was just trying to help – What about the victims – Away and not bother me I’m busy.’

Mandy Rhodes, editor of Holyrood magazine, used to be one of Sturgeon’s biggest advocates who penned glowing profiles of the First Minister. Now she cannot find a single redeeming feature about the First Minister and her administration, writing: ‘They say that a fish rots from the head down. And something is beginning to reek. The question will be whether by 6 May the electorate is simply prepared to just hold its nose.’ To add to this there is the incessant drumbeat of social media and the blowhards of partisan voices particularly on the independence side, leaving one observer to note that public life was now characterised by ‘a twin track of insider degeneration and wild ‘outsider’ mind rot.’

There are serious issues to address in the above about Salmond and Sturgeon, the nature of the Sturgeon government, and issues of justice, due process and remembering the women who put in complaints. But all of this noise, all of this over-the top emission, and to what end? Raging for and against what and giving voice to who and to advance what exactly? This raises two big questions about our public life. How do we tell truth to power across our public life? And how do we hold power accountable and responsible? This is something Scotland has traditionally not been good but has often tried to pretend otherwise.

How do we have a different public culture?

The present mixture of trench warfare, over-reaction and noise, only serves those who are directly engaged in it, the cynics and the status quo. It begs the thought: how is it possible for us collectively to have more open, genuine, reflective conversations, dialogue and public culture? Ones which address the big substantive issues of our day namely runaway irresponsible capitalism, the concentrations of power and wealth which dominate and determine lives and choices, the seismic inequalities and barriers which disfigure society and individuals, and which directly addresses and seeks redress about abuse of power. This is an unhealthy relationship at the moment between living in these times and failing to address these big topics, instead letting off steam and abuse against the nearest targets, all of which gets us further away from confronting these issues.

A different public culture would be informed by generosity, exchange and listening and a diversity of voices and views. It would entail engaging with people who you disagree with and breaking out of tribal divides and echo chambers which mar too much of public life. Doing so allows for the possibility that in such an exchange our own views might be challenged and reshaped, in so doing contributing to a wider prospect of change and changing Scotland.

There are numerous obstacles to us bringing a more diverse, dynamic and pluralist discussion into public life. One is the state of our media and public sphere. The mainstream press have been in retreat for years, and the broadcasters BBC Scotland and STV have lacked ambition and imagination for a long time. Yet our public sphere is more than commercial media; it is the sum of numerous public exchanges, conversations and interventions in the arts and culture, NGOs, voluntary and campaigning organisations, trade unions and churches, and much more.

Somehow we have to reset our public conversations to rise above the noise and overblown rhetoric. Here are a few suggestions which are provisional and open to debate. First, we have to create platforms that are not just about groups speaking to the converted. Second, these platforms post-COVID should be real, living entities: not existing entirely online. Third, any such spaces should not focus entirely on the political but on as much of the breadth of the nation as possible and what it is that makes us human. Fourth, the independence issue is one of the most fundamental facing our country but we should also have spaces where at times we agree not to discuss it or be dominated by it – but look at the many other issues facing this country. Fifth, the importance of facts, substance and detail should be germane to any discussion.

This does not seem something which should be unattainable in a country which has for two decades had the Scottish Parliament and shown for the past year majorities for independence. Our shrunken, shrill public exchange, filled with intemperate comment, posturing and insult, is only aiding the entrenchment of wider passivity, disengagement and the entrenching of the status quo.

There are numerous types of forums and initiatives which could aid us – supported by universities, public bodies and civic institutions. Scotland needs an ecology of remaking and reimagining our public conversations beyond traditional media, social media and public sphere. Without such ventures from many quarters we are all the poorer in our human spirit and the capacity to know and understand ourselves and each other, and are constantly stuck in non-conversations which sometimes give the impression of being like a record stuck in a repeat groove.