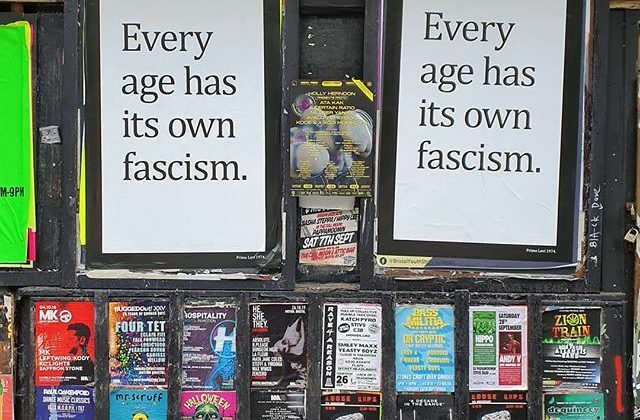 How we should and shouldn’t commemorate VE Day

This coming Friday May 8th is an important moment in the history of all of us – the 75th anniversary of the defeat of fascism and Nazism in Europe in World War Two.

It is important to mark, commemorate and remember those who gave their lives in the defeat of fascism – and to learn from what happened. This means not allowing the anniversary to be taken over by unchallenged official accounts that feed into the endless British obsession with 1939-45.

The rise and defeat of fascism is the defining struggle of the 20th century humanity. It is not though the straightforward simple story of ‘plucky old Blighty’ holding out valiantly against the fascist hordes, until the Soviets and Americans reluctantly joined the global struggle when attacked by the Nazis and Japanese respectively.

Rather the British ruling classes had to be dragged reluctantly into the fight against fascism. There was Neville Chamberlain’s appeasement policy – which saw Hitler and the Nazis as reasonable people who could be accommodated by concessions. Beyond that there was significant pro-Nazi sentiment amongst some of the influential upper classes.

On much of the left there was a deeply held opposition to war, which for some meant concurring with appeasement. And for most of the 1930s there was widespread pacifist sentiment, partly driven by the understandable concern to avoid another global conflict and the slaughter of millions.

Lessons from history are always complex and never completely neat and tidy. However, one that we can take from the fight against fascism is that appeasement and acquiescence with fascism by democracies only lead to strengthening the forces of fascism and weakening of democracy, sometimes fatally.

Today across the world the forces of fascism (beyond the usual suspects of right-wing authoritarianism, racism and xenophobia) are unapologetically making their presence visible. Viktor Orbán’s Hungarian regime has suspended democracy, civil liberties and the rule of law. Large parts of Hungarian society now celebrate the inter-war dictatorship of Admiral Horthy, and worse, the fascist Arrow Cross who were briefly in government at the end of the Second World War.

Similarly, in Poland the rise of an authoritarian right has given permission to the most rancid forces on the nationalist right to brandish their fascist credentials. In Greece, in the aftermath of the country’s humiliation by the EU, the neo-Nazi Golden Dawn won significant popular support and parliamentary representation before losing all their seats in last year’s election.

The worst case of fascist sentiment comes from the country which used to be viewed by many as the greatest democracy in the world – the USA. All manner of repugnant political voices and opinions have been given permission to enter the public domain by the grotesque Presidency of Donald Trump.

We now see regular marchers on the right carry Nazi flags and slogans, make repeated anti-semitic statements, eulogise Hitler and deny the reality of the Holocaust. In Michigan last week the state Capitol building was invaded by armed right-wingers intent on challenging and intimidating the Democratic Governor Gretchen Whitmer.

In the past fascism has never won by the force of its own arguments, but rather by the weakness and defensiveness of its opponents. This is true of Mussolini’s ‘march on Rome’ in 1922 which saw King Victor Emmanuel III invite Mussolini to form a government. It is how Hitler secured a legal path to office and constitutional road to dictatorship aided by the old men of Weimar asking him into office in 1933. Even Franco’s triumph in the Spanish civil war – a military rebellion against the elected Republican government – was the product of German-Italian support, divisions in the Republican side, and the policy of ‘non-intervention’ pursued by the British and French. Fascism never wins on its own merits.

It is not too much of an exaggeration when talking about those sleepwalking into disaster to say step forward the current US Democratic Party. Where is the high-profile condemnation of the ‘Michigan terrorists’ by senior Democrats? Nowhere. Where are the Democrat spokespeople making the direct link between these white supremacist fascists and the racist, xenophobic, hate filled politics of Trump? There is next to none.

Instead we have Trump validating such actions in words that echo his support for the Charlottesville Nazis saying about Michigan ‘These are very good people, but they are angry’ and as his erosion of public decency continues getting less kickback.

Across the American political spectrum there is widespread silence at the rise of a domestic fascist threat. The US Republican Party have at a senior level issued no condemnations of this action.  Deborah Birx, a White House senior medical adviser criticised the Michigan protestors for their lack of social distancing saying ‘We need to protect each other at the same time we’re voicing our discontent’. If US democracy implodes in the next couple of years – say after a contested 2020 Presidential election result – it is not overstating things to say that Michigan in April 2020 and the Democrats craven response will be a major milestone in the long decline of the republic.

This brings us back to the British propensity to see World War Two as what Martin Kettle once called ‘the foundation myth of modern Britain’. The continual retelling and remaking of 1940, the invoking of Dunkirk, and repeated references to ‘our finest hour’ and ‘the Blitz spirit’ is revealing for it is not really about the past but about the present, how we see ourselves now, and the threadbare popular stories about what Britain is.

World War Two is now more than ever only one reference away from any public situation, event or crisis in today’s Britain. And so, not surprisingly, it has turned out with spades in the COVID-19 crisis with the continued citing of wartime Britain and evoking the spirit of that age for the present.

There are many different gradations of this. There is Boris Johnson and his Winston Churchill fixation. There is the comparison of how London has disproportionately suffered from COVID-19 and the impact of the Blitz, which invites the idea that ‘London can take it’ and its citizens are made of stern stuff. And with VE Day approaching, politicians and media are happy to talk the language of ‘war’ and ‘patriotism’ to defeat this ‘invisible enemy’: a mindset which aims to unite public opinion and avoid hard questions about government decisions.

One stark example was provided by the BBC on Monday past in a series on COVID-19 and the challenges and responses of people called ‘Our Finest Hours’ invoking the folklore and legend of 1940. The programme left no stone unturned in its lack of subtlety.

It opened with a Union Jack as a logo, then moved to wartime footage of an air raid siren warning, people getting into bomb shelters and putting on gas masks. The voiceover made the link between then and now: ‘World War Two and as Britain faced its darkest hour the nation pulled together like never before. 80 years on and we are facing our greatest peacetime crisis’. It concluded with the clarion call: ‘Now as we did in World War Two we’re uniting in a common endeavour, finding a way to protect ourselves and those around us while everyday our frontline workers are saving lives. These are our finest hours.’

This would be shocking if it were not what passes now for mainstream British comment about the past and present. We do need to remember and honour those who gave their lives fighting against fascism and for democracy and liberty. But programmes such as the above demean and diminish the genuine and noble sacrifice of those who lost their lives, and the wider hardship and suffering which the war brought about. But critically it not only takes away from the past, it also diminishes the present in reducing our present endurance and resilience by continually invoking Britain’s wartime spirit.

Joyce McMillan said after seeing ‘Our Finest Hours’: ‘Talk about “no future in England’s dreaming” – they genuinely seem to think that our worst-in-Europe death toll is nobody’s fault, and that Britain is “smiling through” better than those benighted continental nations. I honestly don’t know how much more of this delusional nonsense I can bear without giving up on mainstream television altogether.’

The myth of 1940 seems to be the last story standing of Britain – about the threadbare accounts of what there is which unites us, makes us proud, and gives us a sense of our common interests.

Other accounts of 1940 are a little too threatening and subversive for the British establishment. This was a point where the British ruling classes had to abandon any last lingering hope of a peace settlement with Hitler and embrace an all-out conflict. It was Tory politicians – aided by other senior figures in the Liberals and Labour – who had pursued appeasement through the 1930s aiding Hitler’s aggressive expansionism and rearmament which led to the moral stain of Munich, where the British and French agreed to the carving up of democratic Czechoslovakia without its government and citizens having any say.

The rise of fascism was also a story of business and traditional right-wing figures colluding with the destruction of democracy, the rule of law, and working class organisations including trade unions. This, combined with economic crisis and depression, mass unemployment in countries like Germany, and sectarian divisions on the left between Social Democrats and Communists, provided a perfect storm for the rise of the Nazis and fascism.

We have all grown up with the clarion calls ‘We should never forget’, but this has to be predicated on what it is we are deciding to not forget. Is it the official mythology of 1940 that ruling elites, the Tories and BBC choose to tell us, and which many in Labour and the left have accepted? Or do we want to tell a more complex story of then, honouring those who made the ultimate sacrifice to defeat fascism in ‘the people’s war’?

Even the latter does not go far enough because invoking 1940 now is also about the present. That means understanding how we take on and defeat the fascists in our midst today across the developed world, and critically, their numerous fellow travellers on the right.

Democracy, or rather the truncated democracy that passes for this noble word is in danger. We have to learn the lessons of the 1930s and 1940s about how fascism succeeded and realise that we can take nothing for granted about how the near-future is going to pan out – in the US, UK and across the developed world. This is what we should be marking and remembering on VE Day this week. Democracy is in danger. It will not survive and thrive unless we defend and remake it.