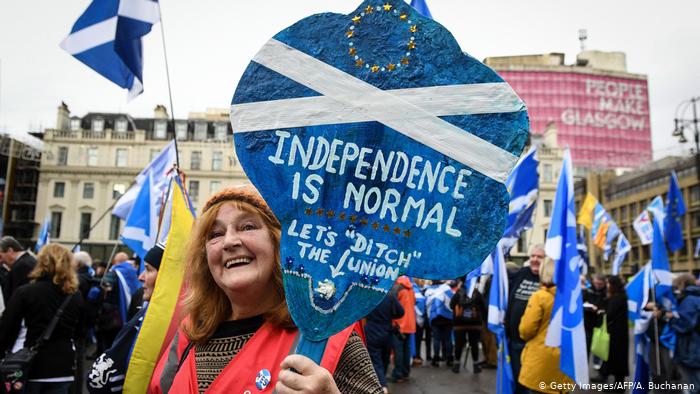 Independence as the new normal: Listening to the Scotland that did not vote Yes in 2014

This week ‘All Under One Banner’ asked on social media: ‘What do you think is the main obstacle to overcome in order to restore Scottish independence?’ This brought forth comments about the state of the mainstream media, BBC, Westminster parties and UK Government, but very little on actual voters.

It took pro-independence writer Michael Gray to answer that: ‘The reality that independence was rejected by two million of our fellow citizens for many decent and understandable reasons. We have to empathise with and understand that to have a hope of changing minds.’

For independence to win decisively it has to listen to the views of those who voted No in 2014, and win over soft Nos. I asked six people who voted No – or didn’t vote – in 2014 why they voted how they did, where are they are now, and what more, if anything, they needed from independence to seal the deal. Some of the below might be difficult reading for some – but it’s important to know that each person below wished the independence cause well.

Isla, aged 55, lives in Glasgow and works in the creative sector. She ‘did not think in 2014 it was the right time – either for me or for Scotland.’ Her bigger story was her political awakening: ‘I was not political. I hadn’t voted for years until it came to 2014. It was the referendum which made me political.’

Elizabeth, in her late 60s, lives in Stirlingshire, worked in the media, and was a reluctant No: ‘Primarily for economic reasons as well as the over positivity of the case for Yes. If they had come out and said it was going to be really tough, but that it is going to be worth it for solidarity or other things that we could do with independence – I could have voted Yes.’

Andy from Greenock, aged 48, works in the voluntary sector and voted No despite seeing the appeal of Yes: ‘I think I was almost always going to vote the way I did. But it doesn’t mean I wasn’t persuadable. I just wasn’t persuaded. It was a negative vote as I wasn’t persuaded by the union.’

Aileen, lives in Glasgow, and worked in academia until retirement and says: ‘I was torn. At first I was a definite Yes, but realised during the campaign that I had no interest in independence as an end in itself.  As it wore on, I found myself agreeing with the last coherent argument I read or heard – from either side.’

Matthew, from North Berwick, 62, worked in the software industry and remembers: ‘I was quite excited when the indyref was first announced. I was then disappointed when I looked into it, and did not really find a proper plan with detail.’

Six years later most are in a different place. Isla has been shocked by UK politics post-2014: ‘After the referendum I have become more political. Brexit shocked me – and even more so what came in its wake. It seems to be on so many levels – culturally, politically, how we see so many issues, and not just the chasm between the two governments – that Scotland and England are two very different nations.’

Elizabeth says of her shift: ‘I did not vote No because I have a love for Westminster. If anything, I am now even more opposed to Westminster Government and feel allergic to the Johnson government.’

Andy was given a jolt the morning after the 2014 vote: ‘The buyer’s regret of many No voters was very quick. Cameron appeared the morning after the 2014 vote in Downing Street. The union had been given a reprieve. The first official response from the UK Government was to say basically: ‘we have heard from you Scotland, now shut up and get back in your box.’ People don’t forget that.’

Aileen now thinks: ‘Ideally Scotland could and should become an independent country. Why not? But for me, the economic situation is of paramount importance’. She is worried about the timing and transition, and wants to hear more about the details of independence. Matthew has become more sympathetic to Yes: ‘There needs to be more recognition that Scotland and England are on a course which is drifting apart. It is hard for me to think we are a different people but there is a growing difference there.’

Colin from Motherwell after voting No in 2014 has now shifted, aided by the Scottish Government’s work on COVID19: ‘I really don’t get why anyone could be annoyed with Nicola at the moment. I didn’t vote for indy (a fact I now regret) and I’ve never voted SNP. However, Nicola is objectively doing an outstanding job in this crisis. She’ll have my full support going forward.’

What would such voters like to hear from independence to fully convince them? Isla says: ‘I want to hear how Scotland becomes an independent country and about the difference independence is going to make. And I want to know the kind of Scotland my children are going to grow up and become adults in.’

Andy believes that: ‘Scotland really need a generous, confident and honest vision of independence. One which contrasts uncertain risks which come with independence with the certain risks of staying in the union.’ Elizabeth wants: ‘Honesty about how tough it will be to begin with. A sense of being more realistic and acknowledging the downsides of independence and how they will be addressed’.

Aileen has a similar take, stressing that independence has to have ‘a healthy dose of pragmatic realism.’ Even more she finds the tone of part of Yes doesn’t sit well: ‘The Yes movement seems prey at times to fanciful utopianism. We need to take Scotland as it is, and work with the Scotland we have.’

Matthew wants more detail, feeling that there will be difficulties which need addressing: ‘The currency issue in 2014 was a very simple to understand example of the lack of a plan. It was emotive and could be exposed. But it really wasn’t just about a currency. And that needs work – not just about the technical question of a currency.’

Amongst these voters is a positive view of independence, alongside a desire for a better conversation than we are currently having. Isla, with her political awakening, thinks something is missing: ‘No one has talked enough – beyond the political classes – about how Scotland becomes independent and what it means. This just hasn’t reached the wider public.’

Andy takes a similar view, believing that too much of what passes for public debate isn’t really so: ‘We need to hear more diverse voices, more surprising voices. People who do not sound like they have been put on platforms or scripted by political parties. I want to hear from new voices widening the public conversation.’

These voters wanted a different kind of independence and different kind of politics – some to seal the deal, and others to confirm what they felt and to win over others. Elizabeth stressed that she wanted: ‘A recognition of how tough it will be and why it’s worth it. How is increasingly diverging from south of the border and the positive case for that – not just the default argument that it is happening anyway – going to make us a better society?’

Aileen looks at independence and the state of world politics and thinks that can make people wary of big change: ‘The independence movement needs to be more realistic and understand why their fellow Scots are not as confident as they are. Bluntly, I suppose, the movement needs to grow up. In an age of huge change, having a sense of doubt or uncertainty about seismic change is understandable and not a bad thing.’

Andy thinks that many voters need more detail about issues which proved troublesome for some in 2014: ‘Big questions will have to be answered in Scotland. Fundamental questions about the currency, fiscal issues and lots more. There will be a need for honesty and maturity second time around – because a future vote will be for keeps – or at least for a generation – and I think we can rise to the occasion.’

This political debate is part of a wider democratising of Scotland, of people feeling that they have power and refusing to see politics as something done to them by politicians. The 2014 referendum was a huge exercise in political education and citizenship: one we are still living with the consequences of and which is still ongoing.

Isla gives voice to such an experience: ‘I got into not raising my head above the parapet in life. I am still in the process of finding my voice. I want to know where and how I can have my say.’ The referendum made her see politics as relevant to herself. ‘I put my foot in the water. I found my voice and I now want to find out more, get involved and not be patronised by anyone’.

The above informal focus group points to the success and challenges facing independence. All were well-disposed to independence but a few caveats are needed. The basis for achieving 45% for Yes in 2014 isn’t the same as what is needed to get 60% plus next time. It is critical to recognise the need for different messages for different groups of voters: something key to effective campaigning the world over.

One problem is that true believers think that their certainty and passion will work with floating voters. Another view, at the opposite end, believes that leadership caution and reassurance will prove enough. Elizabeth spoke of the propensity of ‘shush for independence’ in 2014 – ‘being leaned on to keep quiet’ and not ‘ask difficult questions’ – and undeniably that tendency still exists. Independence has many shades and not all of them are seen as positive, with mention of ‘the righteous morality of part of Yes’ (Elizabeth) and ‘demonising folk’ (Aileen) – the latter observing that ‘we cannot live in a Scotland where we are all true believers.’

Similarly independence doesn’t win by stealth. There is no prospect of independence winning by not talking about it – and just slowly underlining the competence and difference of Scotland and its institutions. There is work to be done.

The story of the above is positive but cannot allow complacency. Andy feels confident that forces are shifting in favour of independence, saying: ‘The global crisis twelve years ago probably did dampen independence in the short-term. I think the COVID19 pandemic is driving more and more people to say – Scotland is more than capable of handling this kind of emergency, and across area after area governing itself and making its own priorities.’

Independence has got itself into a winning position. But there is still work to be done to not let down the hopes of those who have come to believe in the opportunities that such a change could bring Scotland.

Some of the names above have been changed due to people’s personal or employment circumstances.