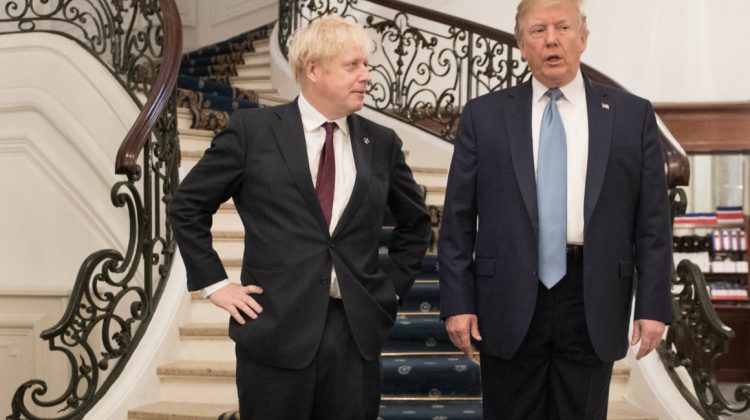 Is Boris Johnson the most incompetent UK Prime Minister in living memory?

This is a time of national and international crisis. Governments and leaders need to step up to the plate; be honest, open and adaptive, and treat their citizens as adults who know these are difficult times and that inevitably mistakes will be made.

In this environment Boris Johnson and the UK Government have had numerous advantages: newly elected in a December election with a comfortable majority of 80, a Prime Minister known for his ability to communicate, and with a relative degree of popularity compared to his predecessor. Add to the mix a Labour Party which has just endured its worst defeat since 1935 and elected a new leader, and this political landscape seems ideal for Johnson and his administration to deal with anything that can be thrown at them.

Despite all the above, Johnson and the UK Government have proven at every opportunity in this crisis to have fallen short, been inadequate and not willing to be honest with the public – doing so to such an extent that they have endangered and cost lives.

The failures of the UK Government are damning and systemic. There were the 38 days at the outset of this pandemic when Johnson and his government delayed from action. This fed into a fatal delay in declaring a lockdown until 23rd March, and then subsequently repeated problems and obstacles in testing, tracing and tracking.

In recent days as we entered the eighth week of official lockdown the degree of government failure has escalated to a scale unseen in peacetime Britain. There was the dithering, procrastination and vagueness over quarantining visitors coming into the UK via airport which should have happened at the outset of the lockdown, allowing thousands to pass through airports daily unchecked and untested in any way.

Then there are the delays over the UK Government’s app where they insisted on designing their own and imposing a one size fits all model. This was being trialled last week in the Isle of Wight but little has been heard of how that has gone, and the government is now intent on developing a second app that follows the Apple/Google model – which could have been done at the outset.

On top of this at the weekend UK messaging was changed from the clear ‘Stay Home. Protect the NHS. Save Lives’ to the much vaguer ‘Stay Alert. Conquer the Virus. Save Lives.’ One driver in the change was that government thought the ‘Stay Home’ signal had been too successful, with Tory MPs talking about ‘lazy’ workers. One senior Tory said: ‘Our comms have been the best in Europe. We scared everyone shitless …’

On Sunday evening Boris Johnson engaged in a thirteen-minute TV address to the country to herald the new changes. It was an over-complicated, poorly crafted set of messages – with numerous graphs and charts like a poor Powerpoint presentation. Moreover, the back-up papers and details were not published until Johnson addressed the Commons the next day. By then numerous parts of his message had changed and been contradicted by himself and ministers including key points like the day that employees should return to work.

To add to all this Johnson, formally the UK Prime Minister, was talking as de facto leader of England although not making this clear. None of Sunday’s muddled messages and changes had been consulted on before with Scotland, Wales and Northern Ireland, and unsurprisingly, all indicated displeasure and opposition to the ‘Stay Alert’ message.

There are longer term questions: the ten years of austerity, the obsession with Brexit, the low quality of UK Cabinet ministers under Johnson with most clearly chosen for their loyalty and support of Brexit, and the long-term denigration of experts and evidence-led policy.

A major investigation by Victoria Macdonald, Health and Social Care Editor of Channel 4 News, last week found that the Tory Government had for over ten years presided over a vast deterioration of the UK stockpile of materials for dealing with a pandemic – despite repeated warnings.

She found an internal memo at the start of 2020 which listed 80% of respirators, 53% of surgical masks, 100% of needles and syringes and 45% of PPE expired. No UK Government minister has explained this over-sight: a staggering degree of incompetence which led directly to the systemic failure of UK Government and the loss of lives.

Add to this David Spiegelhalter of Cambridge University who called out the UK Government for its misuse of and inaccurate statistics and information – commenting that official UK death rates were ‘not trustworthy communication of statistics’ driven by a ‘No. 10 communications team’ and amounted to little more than ‘number theatre’.

In a similar vein, the Chief Scientific Officer for England from 2000-2007, David King, said at the start of the week that the UK Government’s stance was not being driven by scientific advice and that it ‘was not safe’ – as advised for workers in England – to return to work.

At the summit of all this is Boris Johnson. Matthew Parris writing in ‘The Times’ at the weekend tore into the notion (floated by his supporters) that Johnson’s experience of getting COVID-19 would cause the emergence of a ‘better Boris’ – more humane, compassionate and enlightened – viewing it as fanciful in the extreme.

Parris wrote: ‘Perhaps everyone is waiting for the old Boris to bounce back, but is ‘back’ the word? He was once noisier and bouncier, for sure, but was his ever a good, problem-solving mind? Can you remember any big dilemma of government he ever tackled and sorted? Any unpopular policy he ever won us over to?’ He signed off by observing that: ‘There is a hole at the top of government’, one unlikely to be filled while Johnson is Prime Minister.

The limitations of Boris Johnson have been known for years. His lack of attention to detail; his carelessness and disorganisation; his absence of emotional intelligence and empathy towards others; and his amateurish, part-time, dilettante form of political leadership which seems to draw inspiration not from his hero, Winston Churchill, but from the early 19th century when politics was the profession of wealthy gentlemen.

All this was known when Tory MPs put him in first place in the leadership ballot going out to members last year. They did so knowing intimately his shortcomings and failings, and out of sheer desperation and cowardice.

This crisis of Boris Johnson’s leadership is not solely down to his inadequacies and not just of his making. It extends to the nature of the Downing Street operation which according to insiders is chaotic and shambolic – and extends well beyond communications and the role of Dominic Cummings.

This is a government filled with incompetent, overpromoted, second-rate dogmatic ideologues who have been given Cabinet posts not because of their talents and insights, but because of their loyalty. At this time of national crisis, numerous Cabinet ministers have to be hidden as far as is possible from voters. Think of Priti Patel as Home Secretary in what used to be one of the great offices of state, or Gavin Williamson, who is English Education Secretary.

Given the scale of the human catastrophe we are facing mistakes are bound to happen. The Scottish, Welsh and Northern Irish administrations have all at times fallen short of their best ambitions. Scotland for example has issues about business support, the scandalous issue of how the families of carers who die from COVID-19 are denied the financial support available in England and Wales (which the Scottish Government has acted upon), and there are the recent BBC revelations about the February COVID-19 outbreak in Edinburgh and the slowness of government response.

The difference is that the Scottish, Welsh and Northern Irish governments have all tried their best. Nicola Sturgeon here and Mark Drakeford in Wales have shown grown-up leadership and an ability to communicate. That does not mean they have got or will get everything right. But the comparison with Johnson’s non-leadership is a damning indictment of him.

This is a human disaster first and foremost. But it is a disaster aided and abetted by the UK Government and its missteps, dishonesty, dogmatic, inflexible ideology, and track record of questionable decisions such as ten years of brutal austerity and public spending cuts.

Inequality kills. Poverty kills. Austerity kills. We already knew these basic facts but Tory politicians choose to ignore these inconvenient truths in pursuit of their project of refashioning a more minimal state and fundamental social engineering. Ten years of denigration of the ability of government and public services to do good, be enlightening and uplifting, and change lives for the better, comes at a huge cost: the UK being shamefully the death capital of Europe: ‘the sick man of Europe’ again but in a much more literal, tragic meaning.

Some people had hoped that Johnson and his government might have adapted and changed from the inhumane Toryism we have grown to know. That seeing such human suffering, death and illness, they would wake up and realise the error of their ways and become the compassionate Conservatives their supporters say they are.

It was never going to happen. In the eighth week of UK lockdown, the Johnson government is advocating workers to return to work without proper protection, while UK Chancellor Rishi Sunak considered winding down the payment levels of his furlough scheme only to relent for now. If that were not enough, the most punitive welfare system in the Western world (America aside) still has this week the capacity to ‘sanction’ and remove support from claimants.

This is the worst public policy domestic disaster the UK has experienced since the end of World War Two. It is one Boris Johnson and his incompetent government were warned about and should have prepared for. Instead people who shouldn’t have died have died as a result of their failures. They have to be held to account for this and there has to be senior resignations, but even more this inhumane, uncaring and dogmatic Toryism has to be defeated.

We were warned about the shortcomings of Boris Johnson. Several senior Tories have long talked of his unsuitability for senior office, let alone being UK Prime Minister. Matthew Parris wrote last year, before Johnson entered Downing Street, of his appalling character and record.

Johnson is widely regarded according to Parris as ‘a habitual liar, a cheat, a conspirator with a criminal pal to have an offending journalist’s ribs broken, a cruel betrayer of the women he seduces, a politician who connived in a bid for a court order to suppress mention of a daughter he fathered, a do-nothing Mayor of London, and the worst Foreign Secretary in living memory.’

All of these disastrous traits and lack of any real redeeming character were in the words of Parris ‘priced in’ to how Tory MPs viewed Johnson as they voted for him as leader and Prime Minister.

Coming up for nearly a year after Theresa May resigned, we not only need to hold Boris Johnson accountable for his shameful record and government. But Tory MPs, the right-wing cheerleaders and apologists for Johnson to this day, and ultimately, the sick entity that Toryism has collapsed into – all are equally culpable. We should never forget and never let them forget. They have to pay the ultimate political price for what they have done and be driven into the wilderness.