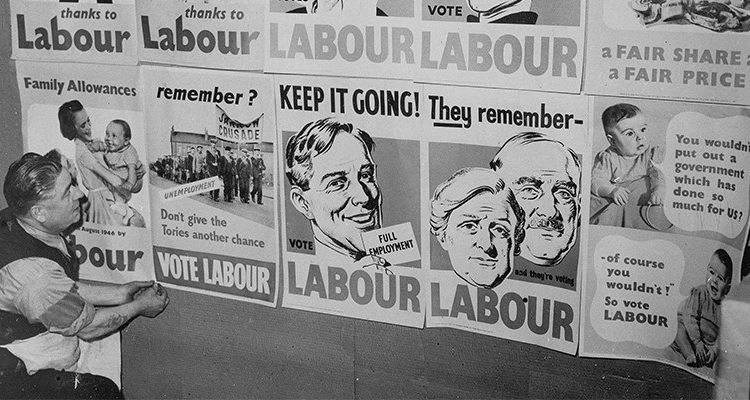 Labour troubles, the Independence Question and the future of Britain

Labour conference met this week but in the new online world of Zoom the only cut through was Keir Starmer’s keynote address along with his TV response to Boris Johnson’s COVID-19 broadcast.

It is now nine months since the Tories won a landslide election victory. But the world has been turned upside down since last December. Boris Johnson was sold as a great communicator and campaigner, but as UK Prime Minister has proven inept, unfocused, untrustworthy and amateurish.

Labour matters in UK politics. It has lost four elections in a row but is the only serious alternative government to the Tories and the main opposition in the Commons.

Yet Labour faces an uphill task both after the 2019 defeat – and longer-term. The party won its lowest UK vote in December since 1935, lower even than 1983 and 1987. It is 162 seats behind the Tories who have a comfortable 87 seat overall majority, with Labour needing to win 123 seats to have a bare majority.

Every time Labour has won power since 1945 at a UK level it has done so winning Scotland. Labour without Scotland means that the party has to offset this by winning big in England to have the prospect of forming a government with an overall majority.

It is true that Labour could enter office on the basis of English and Welsh representation and form a minority government with support from the SNP, but this would not be a majority government and would hence have the prospect of being more instable, while allowing the Tories as in 2015 to use its spectre to scare English voters.

This week Starmer’s position on an indyref shifted. In January he said in Edinburgh – during the leadership campaign – that if a pro-independence majority was returned to the Scottish Parliament ‘they [the SNP] will have a mandate for that’ and that this was ‘a question for Scotland and the people of Scotland’, whereas since he became leader in April he has refused to reiterate this. But this week he declared on indyref2 that: ‘These issues are questions for Scotland’.

Starmer’s positioning at Westminster matters. It has consequences for politics at Westminster and Labour’s appeal up to the next UK election. It has an impact for Scotland in next year’s election and afterwards. And it leaves Ian Murray and Scottish Labour’s position of being against an indyref in any circumstances looking dangerously exposed.

Scottish Labour’s precarious state is only going to get more acute in the near-future. Richard Leonard has made little political traction in three years as leader with 53% of voters having no opinion of him. To add insult to injury his address to conference saw him introduced by deputy leader Angela Rayner as ‘Richard Lennon’.

The party’s vote is inexorably becoming more pro-independence as pro-union voters make the straight switch from Labour to Tories. The party has to break from the propensity of some of its members of hating the Nationalists more than anything, and even prioritising it above anti-Toryism.

Scottish Labour member Lina Nass said that the party has made a profound mistake in this and that ‘some in the party have come to view its core aim as defending the union, rather than advancing the cause of labour.’

Political parties have no divine right to exist. For Labour in Scotland to be listened to and to have an impact it has to become a Scottish-run party – fully autonomous and separate from London. It cannot just call itself ‘the Scottish Labour Party’ because that is its current name and what the moniker ‘London Labour’ is hung around.

Scottish Labour should refound and reform themselves as a new party – taking the example from Murdo Fraser’s plan for the Scottish Tories, that was never implemented as he lost the leadership in 2011 to Ruth Davidson. Labour doing a ‘full Murdo’ should see the party become the Independent Labour Party.

This draws from the party’s past and makes a statement of intent for the future. The original ILP was set up by Keir Hardie in 1893, and it is relevant that the party won its last parliamentary seats at a general election in Glasgow in 1945 when James Maxton and two of his colleagues won. A new ILP would be to British Labour what the Christian Social Union in Bavaria is to Angela Merkel’s Christian Democratic Union: a separate but sister party.

A new ILP would stand unapologetically for self-government and for Scotland’s right to decide its own future – the word independent being important here. It could draw from the ILP’s rich tradition of being suspicious of the state, patronage and big business, and standing for local democracy and diffusing power.

The Scottish party has had a long way down. Deborah Mattinson, a former Labour pollster, in her new book ‘Beyond the Red Wall’ reveals the angers and resentment of the party’s voters in Scotland – having spoken in 2012 to longstanding Labour voters who were considering voting SNP.

Mattinson said: ‘I had rarely heard such fury in focus groups. Frankly, voters were spitting with rage. They felt angry and neglected.’ She went on: ‘They believed that the Labour Government had let them down … They felt that their votes, crucial to past Labour victories had not been properly earned for years. They felt taken for granted.’

Starmer’s Labour Party do not face the same scale of an uphill task, but they also face in traditional Labour seats years of decay, of taking voters for granted and of absentee politics and senior politicians taking their constituencies and communities for granted. This was building for decades but was accelerated by the New Labour practice of parachuting in leading figures into seats in the North of England with which they had no connection. And all of this was magnified by the Corbyn era and Labour’s vote becoming more middle class.

Labour’s so called ‘Red Wall’ problem – the cluster of seats running across the North of England and Midlands to Wales – and loss of traditional working class voters is a manifestation of a deeper problem. Namely, Labour has been losing its working class support since the 1950s and 1960s, later aided by politicians like Tony Blair feeling embarrassed and not wanting to talk about class. Related to this the approach of Jeremy Corbyn when leader and his allies to invoke abstract, simplistic notions of class and inequality further aided this disenchantment.

A relevant language of class is difficult for any centre-left party the world over. Many voters have a working class identity but need to be engaged with in a way that allows for other identities, national and regional attachments, and the power of individualism and consumerism. Claire Ainsley is one of Starmer’s key advisers and wrote much of his keynote address this week. She is also author of ‘The New Working Class’ in which she argues that Labour needs to root its policies in a ‘moral foundation’. But Labour also faces the challenge that it appears as the party of the capital and the London metropolitan classes versus the Tories as the party of capital – which is a disempowering choice for voters.

The bigger question is what does Labour stand for under Keir Starmer? So far he has defined Labour in the negative – by not being Jeremy Corbyn and not embodying Corbynism. Yet so far he hasn’t jettisoned most of the Corbynista policy agenda – a large part of which was very popular with voters as individual specific policies but regarded overall as undeliverable.

In an age of instability, anxiety and fear Starmer seems to be positioning Labour as the party of reassurance, caution and conservatism. During times defined by the incompetence of Boris Johnson’s government, the car crash of Brexit and the human disaster of COVID-19, there is a logic and appeal to this. But it can only go so far.

Starmer is also moving Labour onto the terrain of patriotism that traditionally makes Labour activists and left-wingers nervous but the party cannot just leave this area unchallenged to the Tories. He is also trying to construct a plausible story of Labour in power and of the post-war Prime Ministers who won elections: Clement Attlee, Harold Wilson and Tony Blair – with too many even in the party prepared to trash past Labour Governments.

Labour’s grasp of its own achievements in office and history is often lacking. For example, the party has little awareness that not only did it defeat Winston Churchill in 1945, but that in the three contests between Attlee and Churchill which also included 1950 and 1951, Labour won the popular vote in all three; it only lost the last election due to the distribution of parliamentary seats.

Or take an even more central one – how Britain became more democratic. The story of the widening of the franchise with women getting the vote in 1918 and 1928 is well-known; the latter achieving an equal franchise between the sexes. But the achievement of an equal franchise overall did not happen until 1948 when the Attlee Government abolished business voting and university voting – with the last group even having their own constituencies. The point being that Labour’s ending of plural voting is one the party barely remembers let alone celebrates. How is the party meant to articulate ‘Labour values’ and further democratisation when it does not even know its own past achievements?

Starmer’s Labour has to come up with a political language, policies and set of stories about Britain which connect with the past, are relevant in the present and aid the party in attempting to shape the future. That is a tough call and high benchmark.

Fundamental to this on top of everything else – a more complex pattern of class and other identities, Brexit, and COVID-19 – is a fractured and divided union. Labour has to speak to the four very different nations of the UK with divergent political environments and cultures.

Central to this is England. Labour has historically been nervous to talk about this, but preferring to subsume England in all-British approach will no longer do. The party has to come to terms with, and even embrace, the desire of Scotland and Wales for greater self-government, uphold the principle of self-determination, and at the minimum respect the demand for independence. Besides that is the evolving situation in Northern Ireland which will eventually see a border poll.

In this fluid, uncertain context Labour has to embark on the difficult task of speaking to the constituencies which make up the UK, at the same time recognising that the current nature of the UK (one of the most unequal countries in the developed world) and the British state are part of the problem – sustaining power, privilege, inequality and a corporate insider class.

The reconfiguration of the UK and end of the current British state will be messy and painful – but out of it can come a more egalitarian, democratic future. If Labour wants to be a party of the future it has to champion these trends and prepare for a time – hopefully very soon – where there is a new set of relationships across the peoples and nations of what is currently the UK.