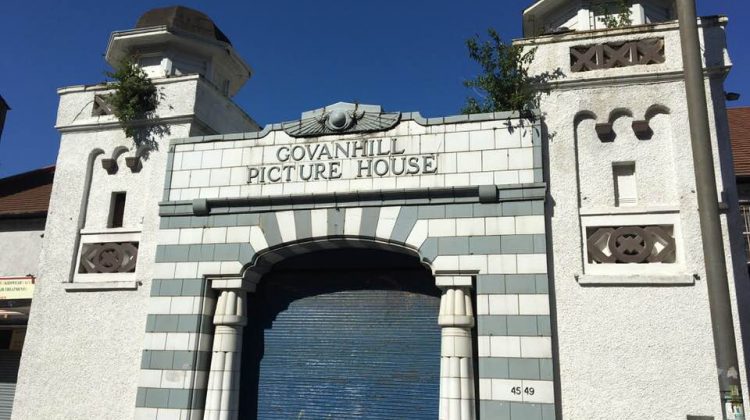 My Scotland and Glasgow during lockdown

The past three months have been different to anything any of us have previously experienced. We have all lived our lives differently; changed our patterns of behaviour, both work and personal; and been affected by the absence of people who we would normally regularly see and meet, as well as friends, family and people we know becoming ill.

Alongside this other big stuff has happened. There has been the staggering incompetence of the UK Government which has contributed to the avoidable deaths of thousands of UK citizens. The scientific adviser Neil Ferguson estimates that a minimum 25,000 dead could have been saved by an earlier lockdown.

In New Zealand, Prime Minister Jacinda Ardern last week apologised profusely for two people from the UK with COVID-19 entering the nation calling it ‘an unacceptable failure of the system’. We have yet to have one UK government minister apologise for their catalogue of errors. Not content with this travesty there has been a culture of deliberate disinformation, dishonesty and lies at the centre of government – when we have needed better. Take just one example. As the government App bit the dust last week English Health Secretary Matt Hancock claimed government had ‘backed both horses’ – meaning their App and a Google/Apple App (as the Germans had done).

Amidst the chaos, confusion and incompetence of UK Government, there are positives. One is the international profile of Black Lives Matter. Another is a counter to the view this is the age of populism. Now we find this is an era of protest in which across issue after issue people in huge numbers are registering their dissatisfaction with the status quo. One American observer even made the point that protests in the US are now much larger than those of the 1960s – and much more diverse and multi-cultural.

For the past three months I have undertaken a daily ritual of walking within Glasgow’s Southside and taking photos – which I previously wrote about at the outset in Scottish Review. These eleven weeks have given me a different take on the Southside, the city and human life. Here are seven ruminations from the past three months.

FIRST, many divisions and differences define city spaces. Many are obvious – class, ethnicity, age, social mobility and housing tenure, but many others are more nuanced and textured. There is the difference between how spaces are designed, and how they are maintained and lived in. People’s homes and how they live in them are shaped by the degree of identification that people have with where they live; ownership and connection having a bigger meaning than the narrow interpretation of home owner.

SECOND, public spaces and parks are vital. Parks have thrived and throbbed during lockdown, but they have also become sites of people pushing and breaking lockdown rules. And many public parks in Glasgow and elsewhere are from the era of Victorian philanthropy and now local government struggles to maintain them.

One only needs to observe the debris left in parks on any recent Monday with bins overflowing and litter strewn over a wide radius to think what does ‘the public’ mean in public parks? Where is the care, loving and duty of many local people? And how given cuts past and future, do we properly nurture and maintain such spaces and reprimand those who fail to do so? We are not going to see the reintroduction of parkies so what alternatives do we have?

THIRD, the legacy and importance of council housing shapes many of our towns and cities. Glasgow as a city was defined by the rise and scale of council housing; now of course those same homes are managed by housing associations. Too many mainstream voices ignorantly dismiss council housing as some kind of failed social experiment when it was anything but. At its best it was a bold achievement and social liberator for working people which should be remembered and celebrated – and acted upon in the here and now to build houses for rent for future generations.

Walking across the Southside the scale of council housing becomes even more evident. It is not just the size of Castlemilk estate, but it is the visible breathtaking ambition. There is the quiet beauty of the ten storey tower blocks Moss Heights built in 1953 in Cardonald which were among the first council high rises in the city. And there is Mosspark built between 1927-29 with boulevards and trees by Bellahouston Park, and inspired by the garden city movement. This was the original ILP vision for the whole city, but the city ran out of space and money. A city made up of Mossparks would have been very different to the brutal scale of the Red Road Flats and Basil Spence’s Hutchesontown.

FOURTH, the existence of ruins and dereliction say much about how cities have evolved. Glasgow has numerous blighted sites, derelict buildings and prominent ruins. These used to annoy me as not exactly presenting the best face of the city to itself and the world. But I have become more accepting of many, if not all, of them. Ruins and derelict buildings tell past stories of aspiration and grand schemes; and if they remain as decaying shells that says something about the present.

In recent months I have looked anew at such buildings as the long closed railway stations of Cumberland Street railway station and the second Bridge Street station, along with the now mostly unused City Union Line, Langside Synagogue, Govanhill Picture House, and the former Leyland Motor Company art deco building (which starred in John Byrne’s ‘Tutti Frutti’), and learned more about the changing nature of the city through its industrial rise, zenith, decline and deliberate decanting of part of its population outwith city boundaries.

FIFTH, the local matters more than ever. At a time when national governments of all hues across the UK have been struggling, never has the relevance of the local seemed more critical. All across the Southside I have walked and wandered myriad groups and networks of people have been springing into action assisting and supporting one another and looking out for those who need help.

These have been new expressions of being collective and connecting – but raise questions about the sustainability of such initiatives. There is an obvious disconnect between the many mosaics of activism and energy at local level and how local and national government understands this. Where for example are the formal channels that would allow us to reinvent and re-energise what is called local democracy and feed it into the national picture?

SIXTH, connections are important, but so too are disconnections. Relationships based on trust have defined for many of us how we have got through lockdown. But we have to note the prevalence of disconnections in affecting the lives of so many people. They range from the economic and social to the personal and political, from the systematic to the everyday, as Olivia Laing wrote in The Lonely City: ‘Loneliness is personal, and it is also political.’

Glasgow like most other Scottish cities, towns and communities lacks vessels which people feel they own and can call their own, and that they can use to influence local and national government and other bodies. This absence causes a profound disequilibrium in power dynamics between citizens and public bodies – the latter engaging in endless consultation with a populace who have no forums of their own. One pioneering example is that of London Citizens (which became UK Citizens) which grew out of faith groups and trade unions and who became influential in city-wide decisions. We could do with that sort of equivalent in Glasgow and across Scotland.

SEVENTH, the prevalence of silence and what is underneath it is always telling. Walking around a city in the midst of lockdown the sounds of silence come much more to the fore. Not just that but nearly every sensory experience feels different: sight, scent, space, light. Beyond that the palpable feeling of the psychic wounds of the city – that this was a place where great hurt and damage was inflicted upon hundreds of thousands of people.

This saw huge movements of people to the city in rapid industrialisation and an almost Stalinist in scale forging of new industries, wealth and poverty. To add to this Glasgow and many of its citizens were consistently demonised and presented in many accounts as subhuman: William Bolitho’s Cancer of Empire (1924) being perhaps the most obvious example.

Glasgow has through its history barely been allowed to catch its collective breath, and this has affected some parts of the population more namely working class people, women and low paid workers, black and ethnic minorities, and Catholic immigrants from Ireland. At some point it would be useful to bring into the open the scale of collective hurt and wounds which have scarred this city and that may well have informed many of the more dark sides of the city – such as sectarianism, alcoholism and long running problem with male violence.

In all of the above the stories we tell and don’t tell each other matter, as does the limits of whatever passes for ‘the official story’ at any one time. More than a decade ago I ran a project called Glasgow 2020 and one of its aims was to give voice to all of the stories of the city – problematic, contradictory, hidden and emerging – and try to make sense of all of them. Well, we are now in Glasgow 2020 and the future that has arrived does not look like the future any of us would want.

I have been assisted in my walks and explorations by a number of books as guides. I specifically drew on the South Glasgow Heritage and Environment Trust’s South Glasgow Heritage Trails: A Guide published last year which is an impressive labour of love and reclamation of forgotten and hidden histories; equally the photographic tribute: Glorious Glasgow (2013) by James McCarroll (words) and Duncan I. McEwan (photos) proved adept at celebrating gems long neglected and restoring them to their proper place.

The balance between supporting individual relationships and connections and how collective voice is expressed is central to how we live and make sense of the world. The importance of kindness and giving space and time to respect others is fundamental to this. One of my abiding memories of making a small difference in the city was on the day of the 1997 general election getting an elderly male voter in their eighties to the polling station at 9.45pm fifteen minutes before they shut. They had voted at every election since 1931 – when they voted for the ILP – and had waited patiently for me to get to them that evening. Twenty-three years later that memory vividly stands out in my mind and the resulting gratitude.

All around us the world is in tumult while many governments and politicians seem to be not fit to the task to look after their citizens or treat us as adults and tell the truth. In the past three months the chasm between my walking and reflection and the energy and hope of local activists and groups I have encountered has grown into something which could be unbridgeable.

In many areas of life such as race and ethnicity we are living in what many see as a kind of revolution – with some conservatives calling it ‘a revolution in moral sentiment.’ I personally like the sound of that but to be successful it has to deal with some big issues such as economic, political and hard power. Glasgow needs that change at least as much as anywhere: one which could be called a kind of revolution with a human face and spirit.