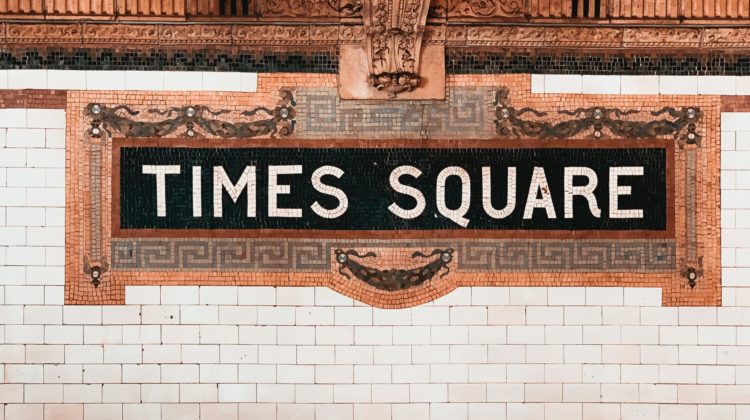 Scotland after Brexit: What needs to happen to win independence?

Leadership isn’t easy. It can be lonely and difficult. But it is not without rewards when you get it right. Nicola Sturgeon said on Friday: ‘leadership is not about giving people easy answers … It is about being honest with people.’

In the aftermath of Sturgeon’s announcement hours before Scotland was dragged out of the EU against our democratic wishes – many felt a plethora of different emotions about Scotland’s future, independence, and the role of the Scottish Government and SNP.

Some felt bitterly let down. They felt the road to 2020 was entirely of the First Minister’s making and that she has cumulatively boxed herself in. Others note that Sturgeon is doing what she has been doing since 2014 and even more so since the 2016 Brexit vote – playing a long-term game of cautious, gradual steps.

The bigger picture is the assault on Scottish democracy that Brexit is. This is the poll tax with bells on. Scotland never forgot the Tories for that episode and being branded ‘guinea pigs’. Today people will never forget what the Tories have done and the Brexit they have imposed – along with the refusal of Scottish Labour and Lib Dem politicians to act against this.

In the longer run Scotland feels a very different place from the Brexit English expedition. Fundamentally the national story which has created Brexit is not our national story. It is not even a British story. Rather it is an unashamedly English perspective – one often oblivious to the Scots, Welsh and Northern Irish. Even ‘The Economist’ this week noted the role of an unreconstructed English nationalism and feared that it could rip apart the union unless it is put back in its box.

The UK Government has gone through multiple crises, dramas and challenges since the Brexit vote. But there have also been numerous challenges to the Scottish Government and its ability to chart a course on Brexit, independence and the future of the country.

Some acknowledgement of the difficult landscape the latter has faced is needed. The Scottish Government was hemmed in dramatically on Brexit not being the voice of a member state. In the first six months after the vote it earned widespread respect for building cross-party co-operation in the Scottish Parliament and in international diplomacy.

But in the arena of independence the Scottish Government could have charted a different and better course post-2014. This was evident from the moment the vote was lost and Sturgeon elected First Minister.

This is not about saying that those calling for drastic action – from UDI to mass civil disobedience – have a point. It is easy to be an armchair activist saying ‘Nicola Sturgeon is an administrator. We needed a warrior’, but that is wrong and doesn’t help anyone.

There has been a lack of substance and strategy since 2014. Sturgeon cited in her Friday statement several times the importance of ‘vibrant debate’ and made nods towards the role of ‘the independence movement’.

However there is a seismic gap between words and deeds. SNP conference has been the one place in Scotland post-2014 where independence has not been properly debated.

The SNP have always shown a politics of command and control since they won in 2007. It continually utilises the language of being part of a movement – but it has seldom acted as such. It does not act as if it sees itself as part of a wider, genuine movement. Judging by their actions such talk often comes over as rhetoric.

Sturgeon has indicated that she will not call an unofficial referendum, has not ruled out a vote in 2020, or legal action. Yet, it was Sturgeon who contributed to getting herself into this position with her timetable for a 2020 vote.

We are to have a Scottish Constitutional Convention invoking the historic ‘Claim of Right for Scotland’ which affirms popular sovereignty. This is good in principle, but has been left too late in the political calendar, looks transparent in motives to opponents, and in relation to the Convention, is too narrow in remit. This should have been done earlier, after 2014 or 2016, to build the widest possible consensus.

Political commentator Michael Gray says of the current situation: ‘There is no ‘settled will of the Scottish people’ on our constitutional future, and no easy solution.’ Professor James Mitchell of Edinburgh University observes: ‘Debate and opinion is now polarised.  It would be a major gamble for supporters and opponents of independence to hold a referendum.’

Alex Bell, previously Head of Policy in the Scottish Government is more critical: ‘The SNP are not in a good place. It thinks it is winning – success at elections – when in fact it is losing – failing at referendums and constitutional shenanigans.’

One dimension often missed is the psychological dimension, which was critical in 2014 and will be in the future. Debra Pickering, a relational psychotherapist comments: ‘I saw the play of 2014 in relational terms. Splitting, othering, negative thoughts and actions do not work. Consistent, measured, healthy change needs truth and acknowledgement of loss. If loss isn’t dealt with there can be no healing of rupture.’

Michael Gray thinks the forces of independence have to change: ‘Our movement is speaking to itself too much – about dates, about referendum process, about elections. Practically, as individuals, we need to think about specific people we know who disagree with us and – through listening, understanding, and persuasion – learn why we lost and how we can do better.’

Alex Bell believes that a transformation of politics is needed: ‘The Scottish Government are too focused on London and UK matters. It is time to show they love Scotland for itself.’ Ministers should ‘stop giving ‘significant’ speeches on Scotland’s future – it is wearisome even for the faithful. Don’t tell, show. Use the budget and consequentials, to build the Scotland we want.’

We are living through history and it was always going to be bumpy and uncomfortable at times. The UK is going through a series of multiple crises – economic, social, democratic and geo-political. Scotland’s road to self-government and statehood is a direct challenge to the imperial centre and how British elites see themselves and their place in the world, and was always going to encounter entrenched resistance.

In this context we have to ask ourselves some fundamental and hard questions about where we are and what we need to do. First, we have to acknowledge the centrality of the SNP in getting Scotland to this point. Second, the SNP do not own the cause of independence. Third, this matters even to the most loyal SNP member because there will be no independence without voters beyond the Nationalists: Green, Labour, Lib Dem and of no party.

There is a political vacuum which has been allowed to emerge post-2014 by the SNP’s caution, absence of strategy and lack of direction. Vacuums are always filled and in this case we have seen the emergence of the grass roots, self-organised All Under One Banner (AUOB) who have taken to the towns and streets of Scotland.

That is only one answer. We need an ecology of initiatives. We do not need gatekeepers or anyone thinking they have all the answers – whether inside or outside the SNP. We need to go beyond our own comfort zones and recognise that getting over passionate does not win many converts. All movements have zealots and evangelicals, but they seldom win over the undecided.

We have to listen to the many Scotlands beyond our own immediate circles. We have to be both humble, honest and human in this – recognising that the spirit of independence which will win convincingly has to allow for ambiguity, uncertainty, risk and loss. This is a very different entity from the one presented in 2014. Jemma Neville, author of ‘Constitution Street’ believes that ‘the road to independence will be best navigated with humour and humility – things that Scots are well-equipped with.’

A successful strategy towards 2021 has to embark on a different path from that of 2014 and the past six years. Robin McAlpine, head of the Common Weal think tank states that: ‘we need to regain a purpose to our national debate. Independence FOR something, devolution FOR something, Brexit FOR something. Process is for the political classes, everyone else needs outcomes.’

First, we need a very different idea of independence – one which isn’t based on certainty, continuity with orthodox economics as seen in the party’s Growth Commission, or predicated on North Sea oil.

Second, at the heart of the above has to be a radical vision of Scotland compared to the present. After over a decade in office too many SNP politicians give the impression that they are comfortable with the state of Scotland and the widespread poverty and inequality which blights so many lives.

Dr. Katherine Trebeck, Advocacy and Influencing Lead for the Wellbeing Economy Alliance states: ‘Scotland’s current economic system generates too much inequality, homelessness and poor health.’ We need a ‘wellbeing economy’ with ‘new ways of doing social policy, new ways of designing governmental budgets, and new ways of purposing the economy. Many around the world are watching to see if Scotland really is the brave.’

Third, there has to be a more democratic process of independence from 2014 when the White Paper just appeared from the civil service. This cannot happen again. Independence has to be about democracy not just as an abstract, but practicing it in everyday life.

Fourth, there should be in the 2021 elections a joint declaration from the SNP and Greens with the exact same words defining their mandate for an independence referendum. The independence forces need to aim for an overall majority of seats and votes. There can be no doubt about the popular mandate.

Fifth, a genuine cross-party campaign for the independence referendum has to be created. This didn’t happen in 2014 because the SNP refused to trust ‘Yes Scotland’ to be that body. That restricted the independence campaign and cannot occur again. It will require a new body – one all independence forces can feel ownership of.

Finally, we have to consider a different approach from the one question of 2014 and learn from then and 2016. One possible route is to have two questions held between 12-18 months apart, the first on the principle, the second on the deal. That first question – asking the Scottish Government to be given a mandate to open negotiations with the UK Government on independence – has when it has been polled shown a consistent pro-independence majority.

We need to understand the history we are part of and creating. The playwright David Greig said of Scotland’s choices: ‘We will still be European the day after Brexit. We’ll keep and make links as Scots have done for centuries. But we’ve left a big geo-strategic union in which small countries have an equal voice; for a rusting imperial union in which we will be perpetually subordinate.’

We all have the capacity to be political leaders and educators contributing to something bigger and bolder than any of us. It is time to show and be the Scotland we love.