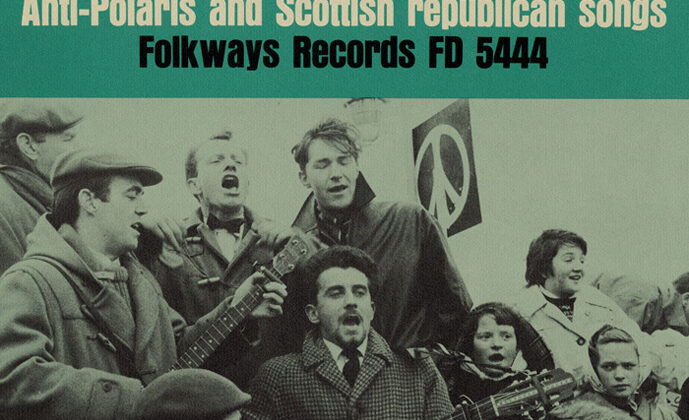 Scotland on the international stage

These are turbulent times domestically and internationally. The UK Government, state and wider reputation of the UK has taken a hit of late through Brexit, the UK threatening to break international law, its record on COVID-19 as ‘the sick man of Europe’, and the latest Royal Family scandal bringing a reality check to how the House of Windsor is seen globally.

Scotland needs to think about its image and how it places itself on the international stage in relation to independence. This has not been addressed enough by the SNP and independence opinion in recent years – with the former concentrating on the immediate issues of government and state, to the exclusion of the longer-term strategic. But there are signs that change may be beginning but more is needed.

This has been come the fore this week via an essay in the US journal Foreign Policy by Scottish-born Azeem Ibrahim, Professor at the Strategic Studies Institute in Washington DC, who during the time of the indyref set up the pro-union Scotland Institute.

His contribution, Scottish Independence Is A Security Problem for The United States, attempts to alert the US policy community and politicians to the implications of Scottish independence – for the interests of the US and West. Ibrahim says that independence would be “a geopolitical disaster for the United Kingdom, the United States, and Scotland itself”, that “the UK would find its nuclear deterrent in disarray”, and that as “Scotland leans much more toward the European social democratic model than the Anglo-Saxon political and economic model” it is less likely to want to be as close to Washington as the current British state.

Scotland International on the Global Stage

What are the geo-political, defence and foreign affairs priorities which should inform independence? David Pratt of this paper observed this week: “There are informed folk working researching, analysing, writing and talking about these issues” and went on: “It’s time to get the foreign affairs, defence, security agenda into the wider public discourse on independence as part of a comprehensive strategy.” Policy analyst Anthony Salamone is less sanguine telling me: “We need to be honest in saying that our EU and foreign policy debates are not where they need to be. Both are crucial to the idea of independence, but the discussion is currently far too circular and narrow.”

There is work going on. Stephen Gethins, former SNP MP for North East Fife, now an academic at St Andrews University, has a book out in the next few weeks, Nation to Nation: Scotland’s Place in the World.  Its purpose he told me is to address: “The UK’s decision to leave the EU and subsequent fall-out means that how we see ourselves in the world has become central to the debate over Scotland’s future.”

This week Salamone’s The Global Blueprint: Prospectus for Scotland’s Foreign Policy Institutions under Independence was published and he said: “Scotland has the potential to become a successful European small state with influence in the EU and the world, relative to its size and position. However, that outcome will never be guaranteed. The only path to that future is to recognise the challenges Scotland would face, provide innovative solutions and create new opportunities.”

Kirsty Hughes has done impressive work at the Scottish Centre for European Relations and said to me: “An independent Scotland would need to be clear about its priorities within the European Union, including on global trade, climate, foreign and security policies. And it would be vital to be clear on the nature of the foreign and security policy relationship it wanted to build with the rest of the UK.”

The decline of the UK

Scotland needs to think seriously about a host of geo-political issues. One undercurrent not addressed in Ibrahim’s piece is the lingering US disappointment with the UK over recent military interventions and Brexit. The former is a result of the UK over-promising and over-selling its capability in Iraq and Afghanistan which has cost its reputation dear with the US. In Southern Iraq, the UK military said with great authority to the US “we know how to do counter-insurgency” – informed by the experience of thirty years of the troubles in Northern Ireland, only to be humiliated.

Too many assumptions about Scottish independence by Westminster and Whitehall are based on a rose-tinted view of the UK which now bare scant relationship to reality, or how the UK is increasingly viewed globally – including in the US and Biden administration. The UK is still viewed as an important ally, but much of how it is seen by allies draws from its past record and actions. Gethins observed: “The UK is changing fast as a result of leaving the EU and Westminster is pursuing a more unilateralist approach than our European neighbours – one that stands in contrast to a multilateralist consensus at Holyrood.”

Ibrahim said to me concerning his article: “My piece was clearly aimed at a US audience and the Biden administration in particular. I wanted to highlight the geopolitical implications to US national security if the UK broke up.” He feels that this approach has been successful: “I am pleased to say my piece has been shared with officials from the National Security Council and I am due to meet their Directors in two weeks to discuss my China genocide report but will also breach this topic.”

Yet one of the biggest factors in independence is the consequences it has for the rump UK state and whether it forces it to come to terms with its diminished influence on the global stage. Ibrahim writes of this with a sadness and loss which implies that Scotland being part of the union contributes to keeping the whole show on the road, and that leaving would be a major moment which could bring the house down in terms of how the UK presents itself globally. He states: “Scottish independence would effectively neutralise the UK’s military and diplomatic power on the global arena and deprive the United States of one of its most pivotal allies” and that “the prospect of Scottish independence threatens to render the UK powerless.”

A time for deep thinking internationally and domestically

It is true that the forces of Scottish independence have serious deep thinking to do. They need to start planning how a self-governing Scotland will project itself in the world and what strategic choices it will make. Does it see itself as continuing to replicate Britain’s priorities and values and contributing to the same view of the international order? Or are there areas in which Scotland can make a valuable and distinctive contribution, as a small nation in the world sitting in a place of acute geo-political importance? Hillary Sillitto, co-author of Scotland 2070 comments: “Scotland needs to create and shape this narrative, not allow others to impose their narrative on us.”

One dimension of this debate is the role of Cold War style rhetoric. In the 2014 indyref former Defence Secretary and head of NATO George Robertson gave a speech at the Brookings Institute in Washington DC where he launched an attack on the prospects of an independent Scotland as aiding the “forces of darkness” and a threat to international security and stability and an aid to the enemies of the West.

Ibrahim’s intervention freely uses alarmist rhetoric. It sees Scottish independence as being open to being misused by Russian and Chinese state interests and that “The SNP already has uncomfortably close ties to the Kremlin.” He thinks independence could allow “China and Russia to come in and purchase influence and leverage with hard cash” but a look at the current UK should be a salutary warning of the UK’s compromised geo-political interests.

Higher echelons of the UK Tories, parts of the City of London and London property market are awash with Russian oligarch monies; one study last year found fourteen Tory ministers had taken monies and donations from Russian interests; and for all Johnson’s turn away from China there are significant Chinese investments in the UK including nuclear power. David Clark, a former Foreign Office adviser to Robin Cook, summarises the position of the present UK Government: “The Conservative formula for staying in power is essentially Putinist. Manufactured culture war at home, manufactured conflict with a ‘hostile’ force abroad.”

Scotland after the May elections needs longer-term thinking about the wider international environment and the choices we face. We have to invest in expertise, research, strategies and all the talents, resources and skills which go with geo-politics, defence and foreign affairs in the modern world. These are big issues, and interventions of the likes of Gethins, Salamone and Hughes are welcomed, but more is needed. This picture on the international horizon is a mirror of a similar picture on the domestic front of government and public policy.

Scotland has to think about military capacity, how Faslane and Coulport are decommissioned, intelligence, diplomacy, cultural diplomacy, soft power, and how we most effectively build alliances, make friends and promote the values we stand for. We also sit at a pivotal geo-political place in the world with international importance. For example our north-west coastline part of the GIUK Gap – Greenland Iceland UK Gap – is critical to access and control of the Eastern Atlantic.

This is a world of threats new and old, and foreign powers such as Russia and China vying for influence, with Kirsty Hughes observing: “As a small independent state, Scotland’s alliances would be fundamental, most of all within the EU and the with rUK, and taken together those would then set the core and context of how Scotland could focus its wider global policies.”

In this age of fast change, Scotland has to embrace thinking about our place in the wider world asking, in the words of Sillitto: “What are the risks to the fabric of our society that face us as a nation? How can we think about change over the next 30-50 years? And what capacities and resources do we have?” That requires a very different kind of political intelligence and skills to that which has defined Scotland in recent decades – one which will be much needed to navigate and inform our prospect future and resist those who want to see the world in completely Manichean terms.