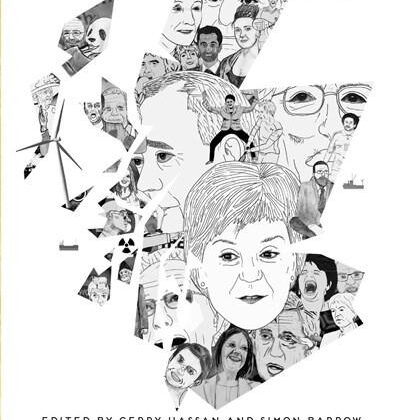 Scotland’s choices and future after the election

It has been a momentous week. The George Floyd verdict put racial justice and police violence in the US centre-stage, while the over-reach of the plutocrats involved in the European Super League self-destructed in 48 hours.

The scale of Tory sleaze and corruption surrounding Boris Johnson and his government rises by the day, with contracts and public monies awarded via access to the UK PM’s mobile phone number and What’s App discussions returning government to a Dickensian system of private favours and kleptocracy.

Next week will see the last full week of campaigning in the Scottish elections, as much as possible with COVID restrictions. This has made it a strange, surreal election with street campaigning and door to door activities curtailed, and the election even more held in TV and radio studios, newspapers and online which may affect turnout.

All the main parties have now launched their manifestos. The SNP promising lots of new policies and actions in spite of fourteen years in office; the Tories declaring ‘no to indyref2’ despite Boris Johnson saying he was already planning on blocking one; Labour under Anas Sarwar attempting to position themselves as healers between the SNP and Tories; the Greens hoping to be powerbrokers and get politics to think longer-term; and the Lib Dems hoping to be noticed.

These are ten takes on the issues Scotland will face politically after the election – beyond independence – which will have an impact on the constitutional question.

Manifestos. The culture of detailed manifestos is relatively recent, dating back to the 1950s and 1960s. Before then manifestos were more about general philosophy and intent. Labour’s 1945 ‘Let Us Face the Future’ for example was a mere twelve pages long but not only did it declare specifics such as the NHS and the welfare state, it offered a powerful critique of capitalism alongside a different idea of freedom.

Winston Churchill said of manifestos that they should not be “shopping lists” but instead a selection in “a shop front window”, and this is an insight lost in the decades hence. All the main manifestos have a lot of detailed policies, but are a bit fuzzy about their values – independence apart – and circumspect about the language of priorities and making choices – which will be acute in the world after the COVID pandemic.

The SNP as incumbents. All parties in office are eventually defined by their record and this election has seen the SNP try to find an approach to defend fourteen years, admit errors and look to the future. Nicola Sturgeon has admitted in this campaign to getting some things wrong in government, and taking “its eye off the ball” on drug deaths. This is a difficult balancing act and likely to become more acute as is likely the SNP is returned to office. Independence matters as an issue but has to be seen not just as an abstract and principle, but as having a detailed offer and relating to the big choices we face as a society – including the ones below.

Post-pandemic Scotland. Our country, like the rest of the UK, has seen huge economic, social and personal turmoil. This has brought to the fore many of the fault-lines in society – the inadequacies of the UK welfare system, corporate capture of the British state, collapse of proper processes in Whitehall, and the grotesque inequalities which disfigure the UK. Scotland post-COVID is going to have to imbue a completely different set of values.

Talking about wealth creation. Central to Scotland after the pandemic will be the question of what kind of economy we want – a continuation of the turbo-charged capitalism of recent decades dominated by finance, the City and rentiers? For too long Scottish politics has embraced a self-denying ordinance on thinking on the economy and political economy.

The failings of British capitalism hold back the Scottish economy, from historically poor productivity, to low R&D rates, to lack of long-term innovation. Add to that the short-termist extractive model of British capitalism in corporate governance, shareholder rights, inward investment and foreign ownership of key sectors, and there is a burgeoning agenda to talk about. This is an area that the STUC and trade union movement need to be involved in, but will require as broad an alliance as possible to take on reactionary capitalism.

Drug Deaths. Scotland has a terrible record of drug deaths: 1,264 in 2019: three times higher than five years ago and one of the highest in the developed world. These figures represent the tip of the iceberg of a host of socio-economic issues: damaged lives, drug dependency, and the after effects of the Trainspotting generation. Addressing this is not only about drugs policy, but a multi-agency approach involving support services, counselling, and welfare and economic policies and about much more than the headline figures.

Green Future. Scotland needs to address climate change, environment and a just transition from a carbon-based economy. All of this will be highlighted by COP26 being hosted by the UK Government in Glasgow in November. Scotland has been a pioneer in terms of climate change legislation, but less effective in actual delivery. A sustainable Scotland involves thinking about a host of areas that need to change – from the nature of the economy to the role of fossil fuels to transport and short and long-term horizons.

Democracy and the public sphere. All across the developed world democracy is under threat – from disinformation, dark monies and capital, to the rise of a crony corporate capitalism. Scotland’s Parliament and public life is not immune to this and our processes of democracy and participation need strengthening. This would include examining how our parties are funded, how access to ministers and government is gained, and the increasing propensity of lobbyists to pose as public commentators and be treated as such by sections of the media.

Local democracy. Scotland in recent decades has become over-centralised and with the advent of the Parliament this has gone into overdrive under first Labour and the Lib Dems and now the SNP. This election has showcased the tension between all the parties offering new spending commitments and at the same time, with the exception of the Greens, not talking about local government and the cuts and constraints they face.

The SNP manifesto is full of bright new promises involving new spending, yet at the same time local government has seen a decade of cuts in funding from the centre. Only this week Glasgow City Council announced the prospective closure of 60 libraries, museums, galleries and sports facilities; some no doubt underused, but post-COVID would a more considered approach not have been to promote a national solidarity fund from central government to support local authorities post-COVID – and make that more a priority than new things?

There is a propensity in all democratic politics to put new services and initiatives above existing ones, but in such a difficult environment the contradiction here is acute. Darren McGarvey observes: “This is how your public realm recedes. This is how public assets are squandered and sold off. View this not in isolation or as a result of the pandemic, but in the context of an economic ideology where public services are run like cash and carries” – in other words we could be on a slippery slope which takes us somewhere we really don’t want to go.

Who will be the opposition? One of the recurring themes of this election is who will provide the main opposition to the SNP: will it be the Tories or Labour? The Tories have staked all their political capital on ‘no to indyref2’ and as such have shown little inclination as to what they do want to do instead. Anas Sarwar has given a new tone to Labour which has seen an impact on his leadership ratings. But it remains to be seen if a shrunken Labour from its glory days can learn to do opposition and carve out a terrain to the left of the SNP. All of politics, the SNP and independence, would be aided by a more effective opposition to the Nationalists.

The micro-parties. This election has been given more controversy by the arrival of Alex Salmond’s Alba and George Galloway’s All for Unity. Both appear to be one-man bands, invoke populism, and are open to charges of political opportunism. Salmond has invoked an independence ‘supermajority’ when there is no such thing; Galloway has adopted the slogan ‘Save Our Scotland’ and appropriated Winston Churchill.

Who will speak to the Scotland of the Future?

The next Parliament will more than likely be shaped by either a SNP majority government or SNP-Green alliance – formal or informal. In this independence will be central, but the kind of Scotland we want to live in and aspire to, and the fabric of our society are fundamental to this big question. There is also, as The Times Kenny Farquharson put it on occasions, a tension in the SNP between indyref2 and making difficult policy choices for “fear of damaging the independence cause” and that “tough but necessary decisions are exactly what Scotland will need in the post-COVID recovery.”

For example, as we emerge from COVID, the nature of our city and town centres will be one that needs support, including how retail and businesses are to adapt and compete with the increasing popularity of online sales. But this is not just about consumerism, but how our cities and towns are civic places with public spaces which reflect the best of us: all of which involves big choices about local government funding, the future of business rates and planning laws.

Pivotal to all of the above is having an imagination and willingness to create the Scotland of the future – ambitious, inclusive, innovative and outward looking – which takes the decisions which affect us collectively here, whilst co-operating with our friends and neighbours in the rest of the UK, Europe and the world.

Scotland in the past has been a country which embarked and created its future – the land of the Enlightenment, the nation of industrial and scientific invention; and in the 20th century, of schemes to tackle the scourge of poverty, hardship and poor health through slum clearance, council housing, town planning and public health.

After the dust has settled, as well as thinking constitutionally, we have to ask ourselves what Scotland of the future we want to be, what achievements do we want to be known by, and then get on and do it. That will involve some difficult debates, hard choices, and most definitely talking the language of priorities.