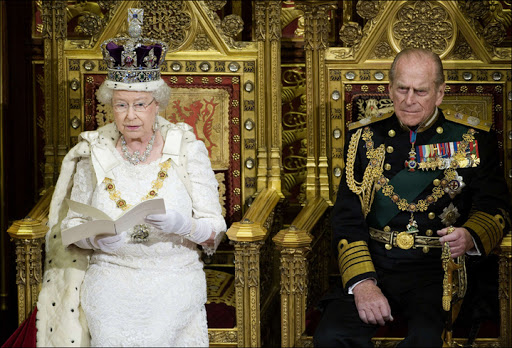 The British constitution works only for the British establishment

Boris Johnson has been incapacitated for most of this week which has brought up thorny questions of where political power lies in the UK, the role of the Prime Minister and the nature of the unwritten constitution.

We have been repeatedly told that government is working smoothly without the Prime Minister, that cabinet government and collective ministerial responsibility are happening, and from acting-up Dominic Raab that all of this is made easier by the fact that they are all friends and allies working together.

Ruth Davidson turned on ‘BBC Newsnight’s’ Political Editor Nicholas Watt talking of any Tory cabinet disagreements as ‘pretty disgraceful’, while Liam Fox insisted that the Prime Minister was merely ‘first among equals’ in cabinet to diminish the importance of his absence.

Suddenly we are being told that the processes of UK government are all fine and in working order – which should make us at least suspicious of why we are being told this. We have fallen far from the complacency and arrogance of the 1950s when the American academic Edward Shils came to the UK and encountered ‘an eminent man of the left’ who stated that the British constitution was ‘as near perfect as any human institution could be’ and that ‘no one even thought it amusing’.

The Prime Minister has historically been seen as ‘first among equals’ – meaning they are merely the first minister of the government. The post of Deputy Prime Minister is a non-statutory office and at the discretion of the Prime Minister – created by Winston Churchill in 1942 to underscore the importance of Clement Attlee, then Labour leader, in the wartime coalition. Overall eight people have held this title including Anthony Eden under Churchill’s peacetime administration, Geoffrey Howe in the last days of Thatcher, Michael Heseltine under John Major, and Nick Clegg with David Cameron.

Democracy has often taken a back step. The position of Prime Minister is not directly elected, and it was still common in the 19th century for the post to be held by a member of the House of Lords with no popular mandate. The last such leader was Lord Salisbury who held office until 1902, and the convention that a Prime Minister had to sit in the Commons became more established when in 1940 Chamberlain resigned and Lord Halifax had to rule himself out as a Lord leading to Churchill taking office.

The evolution of the post of Prime Minister in recent times is related to the rise of personalised leadership, emphasis on charismatic authority and the increasing role of media and in particular TV images to define politics. A critical watershed was the arrival of Harold Wilson in 1964 at the age of 46 – with his emphasis on dynamism, energy and relative youth in relation to his Tory rival, the 14th Earl of Home.

An equally dramatic moment was the election of Tony Blair in 1997 at the age of 43 making him the youngest PM entering office since Lord Liverpool in 1812. Blair had completely convinced himself of his own powers of persuasion and morality, and this was to lead to disaster in the killing fields of Iraq.

Such constitutional niceties as cabinet government was anathema to the Blair approach. Instead cabinet was reduced to short meetings, often under an hour, with no real debate, exchange of views and key ministers often reduced to vassals. In its place came ‘sofa government’, ‘the call me Tony’ informal system of making decisions while sitting on sofas and comfy chairs, that led to disaster and the biggest British policy disaster since Suez – the illegal war in Iraq.

Blair though was not a revolutionary in how he diminished the role of cabinet. Rather he was going with the evolution of government. If one looks at the major decisions over the past forty years in the UK, from Thatcher’s brutal economic policies throwing millions into unemployment and hardship, to approval of the poll tax and implementing it one year early in Scotland, Blair and his march to the Iraq war, and Cameron and Osborne and austerity – none of these was a product of functioning, proper cabinet discussion and decision making.

The last major issue properly debated at length in cabinet and decided upon was arguably that of Jim Callaghan and the Labour Government on the terms of an IMF loan and public spending cuts in 1976. At this critical moment in the direction of UK politics nine full cabinet meetings were held over November and December 1976 on this one subject. In these the choices and possible alternatives to the IMF loan and cuts were laid out – with Tony Benn and Anthony Crosland from the left and right of the party challenging the Prime Minister’s strategy.

Callaghan by force of argument and consensus got the entire cabinet to sign up to his approach: arguably one of the most important domestic post-war decisions abandoning Keynesianism and preparing the ground for Thatcherism. This example is noteworthy for the consequences which followed and for it being the exception to the rule – it being caused by the need to lock in the party’s different factions to an unpopular policy.

The UK constitution is not this enlightened entity promoted by Tory politicians in the past week. For a start it allows for unchecked executive authority via the use of Crown powers. These allow for some of the most fundamental and far-reaching decisions such as the right to go to war and commit military forces to action. For example, when the UK entered both the First and Second World Wars in 1914 and 1939 it did so without any parliamentary vote and on the basis of the Crown prerogative.

The constitution gives huge patronage to the Prime Minister, while majoritarian government has the potential to be what Tory Lord Hailsham called ‘an elective dictatorship’. Since the UK left the EU in January this year there is no authority which can absolutely check parliamentary sovereignty – with the removal of the right to redress to the European Court of Human Rights – and UK ministers saying they want to roll back judicial review.

Ultimately the Scottish Parliament, Welsh Assembly and Stormont are under the auspices of devolution creations of Westminster. Therefore it is legally possible they could be abolished; the first Stormont Assembly which lasted for 50 years was abolished by Westminster in 1972 leading to more than 25 years of direct rule. This does not mean that such action is politically likely now but underlines that the devolved institutions are not entrenched and protected, and under devolution where ultimate power sits.

The UK is not a democracy in any real sense of the word. This is an insight which right-wing politician Enoch Powell understood when interviewed in ‘The Guardian’ in June 1982 stating that: ‘I slightly bridle when the word ‘democracy’ is applied to the UK. Instead of that I say, ‘we are a parliamentary nation’. If you put us in the jar labelled ‘democracy’, I can’t complain. I can only tell you that you have understood very little about the UK.’

It is not an accident that Tory politicians fall over themselves to present the UK constitution as this seamless creation and success. This is about presenting a view of power and the past about the UK and how ruling elites have reached pre-eminence and created the rules and codes which serve their position and privilege.

The UK constitution’s lack of democracy, accountability, centralisation and lack of checks on the power of government give the dominant party unchecked power to push through far-reaching and often unpopular change.

This is a major factor in why the Thatcher revolution happened. She led a party which never won a majority of the vote and whose direction of policy and values was consistently opposed by most voters throughout the 1980s. Yet despite this Thatcher was able to push through change, aided by a divided opposition and the untrammelled executive power the constitution gave her.

Many Labour left-wingers dream of a similar scenario with a radical Corbynite administration doing what Thatcherism did in reverse. But it doesn’t work like that. Radical Tory governments still sit as part of the British establishment. This can never be said in the same way of Labour administrations which although clearly part of the political establishment are in a very different way – in class, education and outlook. Any radical left government would face deep-seated opposition from the heart of the establishment including the City, military and intelligence services.

The UK is currently experiencing unprecedented economic, social and political turmoil. With the scale of change, loss of lives and livelihoods and disruption, Westminster politicians are going to see this as an argument for maintaining the constitutional and political status quo. They will say that this shows that strong, majoritarian government can make quick, decisive decisions.

Yet in the UK after the virus the failings of Westminster government and the British state will still be the same. This is a political system which is not democratic, responsive or modern, which is profoundly centralising and authoritarian, and unable to share powers with other political institutions across the land. It knows no language and practice other than of absolutism and seeing itself as the apex of unchecked power.

The UK is a county not just economically and socially unbalanced, unsustainable and grotesquely unequal. It is a county where the political classes and political structures have deliberately presided over and encouraged this state of affairs. This is the direct consequences which flow from Jim Callaghan’s 1976 cabinet decisions over the IMF loan and public spending cuts: the abandonment of social democracy in Labour and the ripping up of the social contract which followed under Thatcherism.

As Darren McGarvey powerfully said on ‘BBC Question Time’ this week ‘we have been living in an iteration of the UK [being] increasingly punitive’ towards the poorest and most vulnerable, where many have ‘a subtle fear that they are going to suffer in some way, or that they are going to be punished or reprimanded.’ For now Tory ministers are preaching a language of ‘togetherness’ – but it will take a complete system change and transformation of British politics for this to become a permanent shift.

How power is held fundamentally matters. The UK political system at its heart and in its constitutional arrangements has continually refused to leave the 19th century. This is because it suits the political elites and their ideological view of the world to retain politics and power in what amounts to a closed shop for them and their allies.

This set of arrangements eventually need to be blown apart. Britain needs a set of constitutional arrangements which are democratic, modern, and preferably written down. The unwritten nature of much of what goes on with its constitutional fictions trundled out again in the past week have been central to the enormous shift in income, wealth and power toward capital, finance and away from labour and the working classes in recent decades.

Britain needs to become part of the modern world – which include new relationships of respect, trust and equality between the peoples and nations of these isles. It is understandable that Tory politicians do not want change, but the tragedy is that the centre-left – Labour and Lib Dems – continue to collude with the rotten ancient regime. There is no chance of a new social contract without what amounts to a democratic revolution.