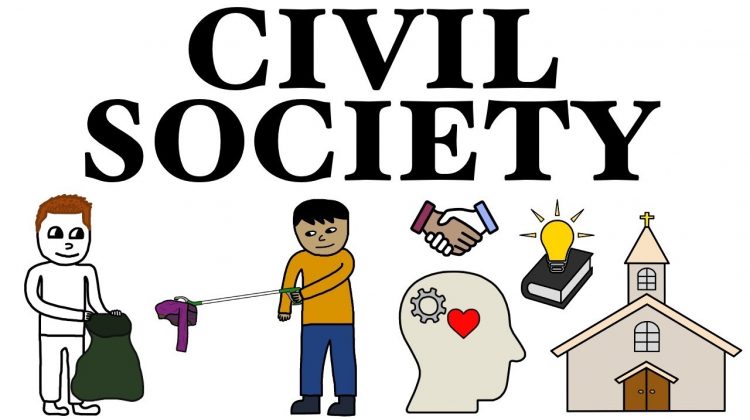 The rise and fall of civil society in Scotland

Last year in the US in the town of Williamstown, Massachusetts I got into a conversation with a complete stranger who followed politics avidly. I naturally asked him about the outcome of the 2020 Presidential election, to which he responded that even more important than defeating Trump was the vibrancy and health of civil society. It struck me as a perceptive remark in seeing past the debris of the Trump Presidency and looking at something deeper, more long-term and centred on the health of the republic and public engagement.

This insight got me thinking then and there about the health of civil society in Scotland – something that I have ruminated on since; even more so as we have witnessed the tragedy of the COVID19, with thousands of citizens dying and falling ill, and the stress and tension points inflicted on so many people, services and society.

First, what is thing called civil society which sounds on the surface so attractive? Civil society has had many different interpretations but one broad one is that it is neither ‘state’ or ‘market’. It has come to be associated with intermediate institutions which give meaning and sustenance to sociability, connectedness and being civil to each other – what the Indian intellectual Sudipta Kaviraj calls ‘collective projects against the state’ – the state that claims to act in your name.

Second, the origins of the term can be found in the Scottish Enlightenment, articulated by Adam Ferguson in his ‘An Essay on the History of Civil Society’ first published in 1767. It subsequently disappeared from use for a long time until re-emerging in the 1970s in a host of left-wing circles across the West, drawing from the ideas and writings of the Italian revolutionary Antonio Gramsci.

Then in the 1980s it gained new impetus in debates around the slow implosion of the Soviet bloc and in places such as Poland and East Germany where opposition leaders in their respective regimes tried to make sense of facing dictatorships that were in terminal decline. And at the same time, and in a much less dramatic way, Scotland turned to the term to give rigour to the debate around autonomy and home rule.

Scottish civil society is one of the distinctive strands which contributes to who we are collectively as a society and nation and underpins our experiences and everyday lives. In 1707 large parts of Scotland were left to be run by elites and professional authorities, contributing to the maintenance of a semi-autonomous civil society which was to a degree self-governing and self-administering.

Tom Nairn, writing in 1975 in ‘The Red Paper on Scotland’, put this in typically Nairnesque style. The terms of 1707 were ‘a peculiarly patrician bargain between two ruling classes’ which resulted in a compact with regard to Scotland whereby ‘a nationality which resigned statehood but preserved an extraordinary amount of the institutional and psychological baggage normally associated with independence: a decapitated national state, as it were, rather than an ordinary ‘assimilated’ nationality.’

Civil society has at times been over-romanticised, even over-celebrated. This was one of the distinctive stories of 1980s Scotland and opposition to Thatcherism seen in the language of ‘civic Scotland’ and the Alphabet Soup of bodies such as the STUC, SCVO and SCDI – and in William McIlvanney’s notion of Scotland as a ‘mongrel nation’ comfortable and proud of its diversity and different voices.

Fast forward to the present – pre-COVID19 – and we find civil society not exactly in the best of health, often forgotten about and not mentioned in most dispatches. What became the traditional institutions of civil society – trade unions, churches, print media – have experienced significant decline and retrenchment and now speak for smaller, older constituencies with less clout and legitimacy.

Added to this, one of the powerful strands of post-war civil society – the voluntary sector and NGOs – have increasingly become less distinguishable from the state and reliant on central, and to an extent local, government for funding. Big national NGOs have often ended up in the invidious trap of delivering key government policies on welfare, employment and health, and hence having their once cherished independence compromised.

Pre-pandemic, a civil society weakened by the lack of powerful intermediate institutions between state and citizens, and the hollowing out of alternative centres of power to the state and corporate power, has significant negative consequences which affects all of us.

This decline in civil society has had a concomitant impact on political and civic debate and discussion. For example, the retreat of trade unions, churches and even local government (which is part of the state) have decreased the settings where political talent and experience used to be identified and nurtured. These were nurseries of politically learning on the job how to be leaders, shapers and initiators – on public speaking, organising, creating effective change, delivering services, and building alliances with colleagues and defeating opponents.

If one looks at 20 years of the Scottish Parliament, two of Labour’s three First Ministers ran local authorities – Henry McLeish (Fife) and Jack McConnell (Stirling) – whereas today not one Cabinet minister pre-MSP made their name and reputation having done so; Keith Brown who left the cabinet in 2018 being the last example (having been leader of Clackmannanshire council). The same is even more true of senior members of the Tories, Labour, Lib Dems and Greens.

If you think this does not really matter, local government in the 1980s became a place of political innovation and experimentation, of new, younger voices emerging through the involvement of more women and communities who had previously not been heard, leading to a host of policy areas including LGBT issues, gender equality and anti-racism emerging – areas that Scotland had previously avoided.

This leaves us with big challenges about who enters public life, what kind of debates are held and what even qualifies as debateable, the extent of pluralism and competing views, and how power is held to account – whether political, economic, civic or cultural. Scotland has not historically been very good at power and accountability – pre-devolution there being an absence of political power here; but something more was at work about a self-denying ordinance of asking too penetrating questions which peered behind the veil.

Take a couple of examples. Between the Scottish Arts Council being founded in 1967 and the 1997 referendum on not one occasion was it called to appear before a parliamentary committee to give evidence; the first such occasion this occurred was in December 1997. Then there was the implosion of what was Scotland’s biggest football club, Rangers FC, in 2012, with the football authorities, media and politicians asleep at the wheel, and the authorities desperate to prevent any systematic review and instead wanting to return as quickly as possible to ‘business as usual’ and ‘normalcy’. Now where have we heard that recently?

Between the Scottish Arts Council being founded in 1967 and the 1997 referendum on not one occasion was it called to appear before a parliamentary committee to give evidence; the first such occasion this occurred was in December 1997

Adding COVID19 to this mix merely accelerates the existing order before with the Parliament acting increasingly as the locus of national political power, while corporate capitalism moves inexorably towards monopoly capitalism here and globally with grotesque concentrations of power, alongside a set of weak institutions in-between.

This poses questions not just for politics but for public life and society. It forces the unpalatable thought that maybe the over-told over-romanticised story of civil society was a little bit dewy-eyed in places and shorn of the limitations and inadequacies in public life. Yet even allowing for this how do we deal with the present predicament of the state of civil society and look at how we can best uphold pluralism, hold power to account and facilitate wider engagement?

Where will the next generation of politicians and wider leaders emerge who can draw from a rich tapestry of experience and skills? How – with the retreat of trade unions, churches and incorporation of NGOs – do we avoid being governed by a political class with little experience of anything beyond talking politics, and who sit alongside a nomenklatura of administrators who represent the same insider language and interests?

Even more so, how in a Scotland where political power has become focused on the Parliament and there are few radical initiatives and voices, do we aid new platforms, spaces and places? The Scottish Government-backed Citizens’ Assembly pre-COVID has been a valuable, rich experiment – but like many such interventions it cannot sit on its own and to aid change has to sit in a rich ecology of other such projects, living and practising a culture of participation and changing society and the system in the process. A political environment reduced to the cautious centralism of the Scottish Government and a few isolated radical voices will always work in favour of the former and to the detriment of the latter.

Tom Nairn over the years has written much about the vice-like hold of Scotland’s conservative culture and the ossified tendencies of too many in authority. But he also maintained a deep-seated faith that post-independence civil society will spring to life and be reborn with energy and verve. What Nairn never ever did, even when questioned by myself, was explain how this reassertion of civil society purpose would arise; it was in a real sense an article of faith about the redemptive powers of independence which was not founded on hard headed analysis.

The state of civil society is as momentous an issue as how we judge and do conventional politics: who comes out top in the 2021 elections and the politics of a future indyref. The condition of civil society will play an enormous role in the choices we have in the 2021 elections, in any future indyref and in the future. This might be heresy to some but to return to the insight of my American acquaintance the vibrancy of this third Scotland and what it represents might be of more importance than who wins in 2021 or gets over the line in a future indyref because it will determine how real are the choices and consequences of those and other contests.

We should really start considering how we can nurture public life, pluralism and holding power to account more effectively. How can we start thinking about public life – which isn’t just about state and market? And how do we do justice to those campaigners and protesters who gave succour to the idea of Scotland as William McIlvanney’s ‘mongrel nation’?

We have lived through many changes in Scotland and the UK in the last forty years. One is the rise and fall of civil society, that should lead us to ask how we really do want to organise and live in the world between the state and market? How can we avoid a Scotland of monopolies and machine politics, of robber baron capitalism and identikit politicians?

In the course of those past four decades we have lived through the weakening of that ossified culture that Tom Nairn described, and the passing of what seemed to some of us as we grew up a society of male elders – whether of the church or non-church kind – who felt they knew best and that the rest of us should know our place and be thankful for their benevolence. Their passing gave us what now appears a brief window and opening which has now mostly closed. Such a retrenchment is a story of power and elites acting in their own self-interest, but if this is to be defeated we have to ask: who speaks and even cares for civil society? And is there a Scotland out there willing to engage, contribute and challenge?