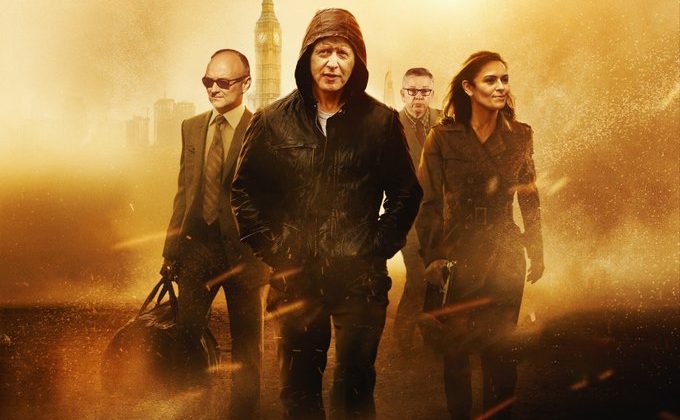 The UK is a Rogue State

The UK Government took the UK’s reputation to an all-time low in the past few days. Tragically, Britain’s descent into potential illegality, breaking agreements and weakening peace in Northern Ireland comes as no surprise.

Even if part of this bravado turns out to be bluster and bluff, this deep chasm at the heart of UK government and elites will have lasting damage.

We have travelled a long and painful journey to get to this point. One which says much about the state of Britain, degeneration of politics and government, and in particular the decline of the Conservative Party. All of which will have serious implications for the UK, the future of the union, and Scotland’s place in it.

Once upon a time British elites and mainstream opinion told the world of the intrinsic wisdom of British government. It is a view still perpetuated on the ideological right and particularly in the cause of Brexit. Margaret Thatcher was sure what this was based upon: freedom and the rule of law: ‘You cannot have freedom without a rule of law… And if you don’t have it, what you tend to get is corruption and that is death to freedom.’

Sentiment that everything in Britain has been rosy is not just found on the right. Polly Toynbee wrote in The Guardian this week: ‘British democracy used to feel rock steady, unassailable: one could argue about the constitution, the voting system, the Lords, the monarchy, but not about the fundamental tenets.’

Today Britain stands unapologetically for breaking the rule of law, trashing its reputation and, in the words of The Courier – once a doyen of Tory unionism – becoming a ‘rogue state’; saying of Boris Johnson: ‘His actions will undermine the rule of law, risk destroying the UK’s reputation as a reliable partner on the world stage, and increase the likelihood of Scottish independence.’

How this descent happened will be the subject of endless analysis, books, TV and radio programmes for years to come. It has deep roots in British exceptionalism, the legacy of Empire, and the inability of the establishment and political classes to come to terms with post-imperial Britain and the politics of relative decline.

Britain never fully broke free of the long shadow of Empire – also true to an extent about France. Former French diplomat Michel Duclos sees the current spasms in the US as having echoes in the experience of the UK and France: ‘The Netherlands were the dominant global power in the 18th century. Today, they are a successful country, but they have simply lost their power. To some extent, the UK and France are on the journey to become the Netherlands, and the US is on the journey to be Britain and France.’

Rather than grapple with real issues of decline, Britain embraced Thatcherite triumphalism with its hubris and delusions of grandeur – aided by the Falklands War and funded by North Sea oil and the windfall of privatisation sales which bankrolled the entire 1980s and prosperity and tax cuts of that decade.

The Tory Party to this day is obsessed with the mythology of Thatcher and the illusionary rhetoric that ‘we put the great back into Britain’. Consider this quote from a serving Tory Cabinet minister this week about the UK Government, law-breaking and Europe: ‘It’s a General Belgrano moment. Borderline legal at the time but in the end it changed the entire course of the war.’

This was followed by New Labour’s acceptance of much of the Thatcherite framework while trying to make Britain more social democratic. That project – built upon Gordon Brown’s stealth taxes to fund redistribution without scaring ‘middle England’ – floundered on the killing fields of Iraq, and Britain’s support and involvement in that illegal war.

Underlying the longer-term failures of Thatcherism and New Labour is a deeper malaise born of being the first country to have an industrial revolution.  Economist Larry Elliott put it: ‘The country industrialises in the 18th century and becomes top dog in the decades after the Napoleonic wars. It’s already suffering from relative decline by the second half of the 19th century’ facing the rise of the USA and Germany.

He concludes: ‘It never really addresses problems of 20th-century industrial decay, because of smug complacency fostered by victories in two world wars.’ Thus structural issues of low R&D investment, poor productivity, corporate short-termism and the disconnection of the City from a manufacturing economy have been deeply embedded in British capitalism and never affectively addressed by any political party. Instead, they have preferred short-term fixes – or finding easy scapegoats such as trade unions in the 1960s and 1970s.

A key element in Conservatism’s degeneration has been the gathering storm of Euroscepticism. This began to take shape with the quiet storm of Margaret Thatcher’s 1988 Bruges speech – which only questioned the project of European integration while affirming UK membership of the EEC. But it lit a fuse on the right. Then came the march to question UK membership of the EU which, post-2016, exploded into a messianic rejection of nearly all things European and proposed to burn our bridges with our European partners.

Behind this disastrous assertion of dogma lies a long, dishonourable tradition of believing in absolute, pure, undiluted parliamentary sovereignty. The writer and George Orwell biographer Bernard Crick looked at the consequences of this strand of English political thought. He saw it as responsible for the loss of the American colonies in 1775-75 and Ireland in 1921 – due to British intransigence and a refusal to compromise. Tellingly he described it as ‘the English ideology’ and wrote that: ‘Our rulers have ended up believing their own rhetoric, and therein often lies ruin and disaster’.

Many thought this tradition had declined into insignificance over most of the post-war era, but it never fully went away on the right, reasserting itself in Thatcherism and then given permission by post-Falklands War triumphalism followed by Euroscepticism which grew after the Thatcher Bruges speech.

This new type of conservatism has significantly undermined core tenets of Toryism in the UK – and the unionism of the party. The Tories used to believe in the union – in which Scotland, Wales and Northern Ireland were respected, their distinctiveness celebrated and pre-devolution autonomy cherished. This was all meant to be living proof of the UK as this unique, diverse, tolerant union of multi-national identities and nations.

Today Tory unionism stands in tatters. Tory voters no longer seem bothered about continuing the union: with a YouGov poll last week showing only 48% of Tory voters cared about Scotland leaving, 49% on Northern Ireland and 59% on Wales.

Northern Ireland has proven a particular tricky trip point again and again in Brexit. Forgotten in the 2016 campaign, subsequent convulsions have shown that senior Tory politicians have little grasp of the union they claim to love in relation to Ireland. When appointed as Brexit minister in 2016 Tory David Davies had to be told by senior civil servants that Ireland was not part of the UK. Scotland has similarly been reduced in the right-wing mindset to a host of demeaning caricatures.

What underpins this is something narrow and frightening. The Economist calls this ‘revolutionary Conservatism’ – a combination of UK hard right think-tanks; ideologues like Michael Gove and Dominic Cummings who welcome ‘creative destruction’ and have read left-wing texts by Gramsci and Lenin, and cultural warriors who think social liberalism has gone far enough.

This has led to the present-day Conservative Party acting in a very unconservative manner; in the words of The Economist: ‘Today’s Conservatives are always smashing things up or threatening to smash things up. Having taken on the BBC, the civil service, Parliament and the Supreme Court, the government has now graduated to international law.’

This is about something more than ‘revolutionary Conservatism’ which pays too much of a compliment to a set of ideas filled with prejudice, bile, bigotry and a profound irresponsibility for the consequences of its actions. It is also about more than the malign influence of Cummings and Gove, with one Tory MP saying: ‘Cummings is on his way to destroying everything Tories hold dear’ – giving too much credo to the power of one senior adviser.

In a pre-indyref debate held in London, organised by the right-wing Spectator magazine and chaired by Andrew Neil, I outlined in my presentation on independence that the majority Scottish public opinion had a problem living on the same set of islands with a virulent, intolerant right-wing view of the world. In my talk I gave this a name – ‘Spectator England’.

‘Spectator England’ is a mindset which includes the Daily Telegraph, the European Research Group, and the Tufton Street right-wing think-tanks – all of which have hugely contributed to the decline of Toryism and the degeneration of the right. This world-view has given voice to an outlook that is harsh, intolerant, arrogant, impervious to criticism, convinced of its own genius, and happy to appease and validate the most odious opinions on racism, sexism, homophobia and Islamophobia. All sorts of prejudice can now it seems be excused through the prism of challenging ‘identity politics’ and ‘PC thought police’.

Scotland’s position in this is an acute one. No one in Scotland wants to see England taken over and damaged by such a debased political mindset – one happy to eschew responsibility, keeping your word, respecting legal agreements, and believing in statecraft. Nor does a No Deal Brexit produce any real winners – beyond vulture capitalists and hedge funds happy to game the system.

What it does mean is that, as independence becomes the new normal and mainstream in the face of such blatant and unapologetic vandalism, we have a greater collective responsibility in Scotland. That means reaffirming due process, the rule of law and legal constitutionalism as principles and practice. It also means beginning to look at ways to widen the ownership of independence beyond the SNP leadership which may prove a challenge to the cautious risk-aversion that currently dominates party hierarchy.

This is a sad state of affairs for the UK. The best of what was once Britain has been repeatedly trashed and humiliated to the point it now looks irretrievable. While this is an uncomfortable, inconvenient truth to have to come to terms with; the reality is that this destructive, irresponsible strand of the English right and ‘the English ideology’ has never fully gone away.

The British state never fully modernised, reformed and democratised despite thirty years of post-war Labour Governments. That failure meant that the UK never fully became a modern, progressive or European state but instead one which, on the right and amongst the forces of reaction and privilege, saw partial myths and stories of the past as what defined Britain.

As the UK now embraces a future as a rogue state, we in Scotland have a different future open to us. We are a nation which wants to be a democratic, progressive and European country. These are not revolutionary principles in the 21st century, but they are now ones increasingly obviously incompatible with the harsh, dogmatic zealotry which now defines what the UK is.