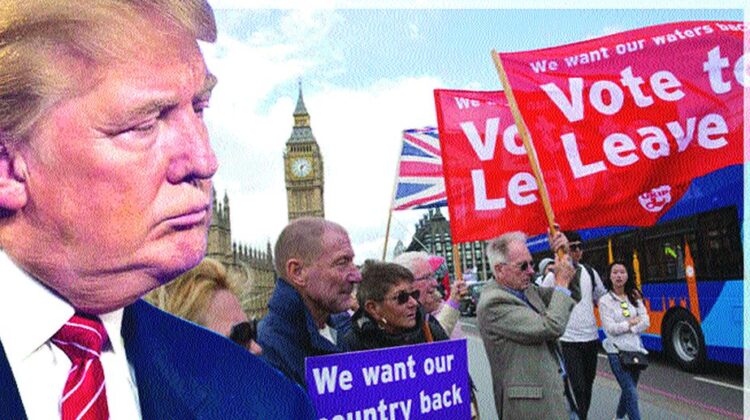 The Worldwide War over Truth and Free Speech

The battle for truth is all around us. Fake news. Fake media. The argument over free speech and freedom to say what we like and think, alongside controversies over ‘cancel culture’ and ‘safe spaces’. Meanwhile an American President who has lost an election still, one month after polling day, refuses to accept the result. He has called the contest ‘rigged’ and ‘stolen’ – a denialism that 77% of Trump voters agree with according to a Monmouth University survey.

This is the world all around us. The decline of government and belief in authority and experts. Across many areas an absence of what are the clear, agreed facts and what counts as evidence. The reasons for this need to be explored beyond the usual suspects. It is not just the supposed villains of this or that persuasion, or social media, but forces much more prevalent in society.

Thinking about the state of affairs I turned to an essay ‘The Constitution of Knowledge’ by Jonathan Rauch in the American journal National Affairs published in 2018. He argues that in the US and other developed societies we live in what he calls a ‘constitution of knowledge’ – continually being made and added to in what is a living community of institutions, free flowing ideas, and exchange and discourse.

This is an epistemic regime: a marketplace of ideas whereby people shape the collective priorities of society and where disagreement takes place within a commitment to a civic culture and shared system of rules. In recent decades this eco-system has expanded as more workers and professionals have become involved in knowledge work, ideas and creativity, particularly with the expansion of universities, academia, and cultural spheres. But this been led by, and then magnified, the emergence of a significant educational divide in the workforce and society which has had major consequences economically and politically.

Already this idolised picture is at variance with the history of Western societies whereby power has been rooted in class, hierarchy, gender, ethnicity and established tradition. In the mainstream political traditions of the West, most countries have not wanted to look too closely at how far they have fallen short of the foundational story of ‘the social contract’. Based on an abstract belief in the universalism of human rights, in reality this was about exclusion and oppression. Carole Pateman made this point brilliantly in ‘The Sexual Contract’ over thirty years ago, describing how women were deliberately excluded from citizenship and defined as non-citizens; and in recent times the counter-claims of black and ethnic minority voices have brought centrestage the hypocrisies of our societies.

One pivotal story of the West and one in which Scotland places itself is that of ‘the Enlightenment’. A couple of years ago, in an apposite example of a selective version of the past, BBC broadcaster Andrew Marr said about the age of the Enlightenment: ‘Of course all of Edinburgh was involved in saloon discussions.’ It is a comment with no historical basis and a deliberate amnesia about the nature of Edinburgh, Scotland and bourgeois society in the 18th century. It was a place where a few thousand men had the vote, where democracy and freedom were exercised by a privileged few, and where the emergent working class in Edinburgh and elsewhere were held in a state of immersion and oppression.

In the present, much mainstream commentary talks about the divided nature of public life; putting a large part of blame on social media and ignoring deeper forces. Trump’s campaign in recent years has been described as a ‘trolling of the American mind’, but his debasement of public life has a longer story and tail. For one, there has been the long-term dislocation of the US Republican mindset from reality on issues ranging from climate change to evangelical politics to doing anything to defeat political opponents from Michael Dukakis in 1988 and John Kerry in 2004 to ‘birther’ lies about Barack Obama.

Social media acted as an amplifier of this degeneration of a mainstream political party but it has been going on at least since the arrival of Ronald Reagan in 1980 as the party’s Presidential candidate and victor, and with roots in Barry Goldwater in 1964 and the authoritarian impulses of Joseph McCarthy in the early 1950s. Indeed, the present silence of the entire Republican leadership as Trump trashes American democracy and constitutionalism is eerily similar to the 1950s when the most senior Republicans remained silent and acquiesced in the crimes and over-reach of McCarthy and his search for domestic Communists.

Social media is not the cause but a symptom

Social media has been an enabler but it is not the cause. Rather the evasion of politics and politicians from confronting the genuine origins and roots of the big economic, social and environmental challenges has led to the disconnection around us. In such circumstances it becomes far easier to sell a simplistic story with fabricated villains and culprits, than address the vested interests and power groups that need to be grappled with. In such circumstances conspiracy theories that were once confined to the margins have come centrestage. The ‘birther’ fantasy that Barack Obama was not a US citizen was spread by Trump and given traction by Boris Johnson: the last point which is well remembered by President-Elect Joe Biden’s team.

One major factor across the West has been the burgeoning educational divide between those with degrees and accreditation and those without. This has fuelled the feelings of millions of people who distrust and are alienated from the educated elite who have enormous economic, cultural and political power – thus aiding the rise of Trump and Brexit.

The rise and threat of alt-truth talk

This revolt has led to a challenge to what is truth as Rauch writes: ‘We let alt-truth talk, but we don’t let it write textbooks, receive tenure, bypass peer review, set the research agenda, dominate the front pages, give expert testimony, or dictate the flow of public dollars. That is why we don’t mail Elvis a Social Security check, no matter how many people think he is alive.’

Nowadays it isn’t so simple, and there is a worldview that David Brooks calls ‘a safe community of believers’ containing ‘evangelists of distrust’ who, in today’s world, move from the margins where they have always existed to gaining influence and impact. Seldom understood in all of this is the attraction of embracing conspiracy theories. It provides a sense of superiority in that people can claim to see through the fabricated ‘official version’; this gives them a sense of agency and belonging and hence allows them to feel they have voice and power rather than powerlessness; and all this can add up to a kind of liberation – of the world appearing simpler than the confusion presented by accounts of reality.

In all developed countries these ‘communities of believers’ are evident: in Trump’s America, in the UK and world of Brexiteers, Nigel Farage and the populist right, in the fringes of the Corbyn project, and in parts of Scotland’s independence movement. In each and other examples, their reach is aided by the collusion and failure to challenge the conspiracy theorists and peddlers of half-baked ideas and disinformation. In this, Mitch McConnell, leader of the Senate Republicans in the US is an exemplar of our age: a moral coward not prepared to stand up for democracy when it is under threat. When people in leadership roles make this choice cumulatively we all lose a little part of what is precious in our societies.

Adding to all of this is the debate about the context and limits of free speech, and the rights and responsibilities flowing from this that are also connected to what are called the ‘culture wars’ and ‘cancel culture’. Missing from the right’s claim of a war on freedom of speech is an acknowledgement that no country in the world has legally an absolute right to free speech: this even being true of the US.

There is in elements of the left an over-zealous, censorious practice which wants to deal with injustice and prejudice by attempting to, in places, control the terms of debate. This used to be known as ‘political correctness’ and while much of it on gender, sexuality and ethnicity is taken as a given now, it can over-reach. While the right-wing dismissal of ‘identity politics’ is part oxymoron considering all politics are in some way identity politics, the prioritisation of the politics of presence over those of ideas has dangers, which can be witnessed in the impasse over trans rights between two claims to absolute rights which will not brook compromise.

What do we do to rebuild a constitution of knowledge – one which does not return to some old patrician, paternalist order, but remakes it in a more democratic, pluralist manner? Firstly, we have to give due importance to facts and evidence. There will be rival facts and interpretations of them, but facts and truths matter. Secondly, we have to rebuild trust and banish cynicism and the believe that people who do good in public life are crooks and criminals. Thirdly, we have to remake institutions and authority which espouse the values they claim to, which embody their fundamental missions and which speak truth even when it is difficult. Fourth, we have to address the educational divide which has become one of the defining features of Western societies, contributing to the emergence of a self-satisfied elite who dominate politics, media and public life who disproportionately gain the best jobs, pay and rewards – all of which has aided the populist backlash.

Finally, we have to address the economic and social inadequacies of our age across the world. We live in an age of plenty but even in the richest countries there is massive poverty and insecurity while others enjoy lives so affluent and ostentatious as to be scandalous.

Think of the story of post-war Britain and the wider opportunities which defined the immediate decades after 1945 and then the social closure of recent decades. Melvyn Bragg reflecting on his own life and opportunities said at the weekend: ‘We started with an elite, and lo and behold we’re back with an elite. And goodness me, it’s pretty much the same elite. Then there was a way in for people like me, the door was open in television. Is it the same now? No, working class young people don’t get that sort of encouragement and direction.’

Harold Laski, academic and Labour MP, writing in 1925 said of humanity: ‘It is the paradox of self-government that, to be free, he must share with others in making the rules of fellowship among men. But life has taught us in the sternest fashion that without those rules there will be no fellowship, and without fellowship there will be no freedom.’

We need a new constitution of knowledge – and we need it in Scotland, the UK, US and across the world. We have to start by remaking public life, putting new life into trust and respect, while addressing the educational divide and distribution pf resources, recognising that the present scale of inequality comes at huge cost way beyond what is measured economically and socially. That is a project for the long-term, about more than that empty phrase ‘levelling up’, but who in public leadership has the courage and vision to start addressing such concerns?