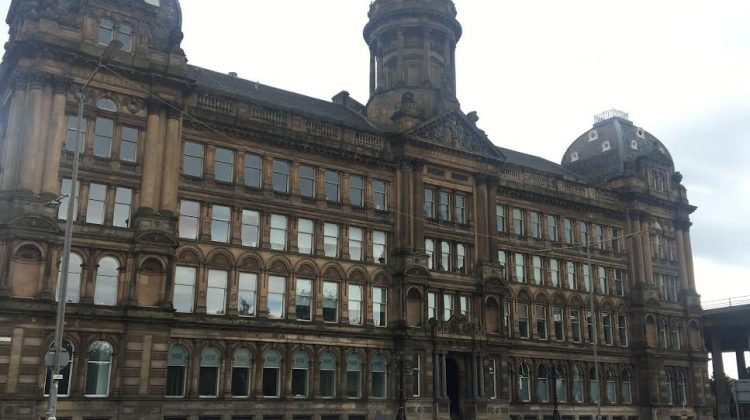 Walking through the history of Glasgow and Scotland

The past weeks of lockdown have produced a rich panoply of emotions and feelings that recognise the different times we are living in.

Over the past eight weeks I have used my daily walk to understand better my surrounding streets and area, and to take photos of things I find memorable; then writing a short chronicle and picking one set of images each day.

I have lived on Glasgow’s Southside for 28 years – first in Kenmure Street, Pollokshields, then Moray Place, Strathbungo. In that time I have come to know many of the streets, parks and walks, as well as people around me. I live next to Queen’s Park, ten minutes from Maxwell Park, and fifteen minutes from Pollok Park in an area with a rich array of shops, community initiatives, and businesses – which have become more diverse over the years – many of which have remained shut over the past few weeks.

Walking is an active, conscious act and, without getting too cerebral, as I started on this expedition I was mindful of Rebecca Solnit’s book on walking – ‘Wanderlust’ – where she ruminated that ‘Walkers are ‘practitioners of the city,’ for the city is made to be walked. A city is a language, a repository of possibilities, and walking is the act of speaking that language, of selecting from those possibilities.’

I have walked streets I have known for decades and sensed they were different: quieter, stiller, with less cars, with children’s games chalked on pavements and the roads as in times gone by. I have walked well-known routes, noticed things long missed, seen familiar ones anew, and investigated areas that I had previously never been.

I have explored many areas of the Southside of the city – visiting everywhere from the Citizen’s Theatre to the Glasgow Gurdwara; Heraghty’s Bar and the Allison Arms on Pollokshaws Road; Govanhill Baths and Govanhill Picture House; John Maclean’s stone in Pollokshaws; Queens Café on Victoria Road; the Battlefield Rest – and many more.

My ventures have made me stop and think about Glasgow, the people who live and have lived here, my place in it, and the role of memory and place. One building that caused me to stop and ponder on this was the stunning, imposing Scottish Wholesale Co-operative Society building – Co-operative House – whose front entrance sits at 95 Morrison Street.

This formidable edifice represented the power and strength that comes with co-operation and working people pooling their resources, for when it was finished and opened in 1897 it served as the headquarters of the co-operative movement in Scotland. In fact this entire area was a haven of different co-op buildings and activities which lasted well into the 1970s and 1980s.

Parts of the premises were turned into a hypermarket in 1977, and when that closed in 1983 its co-op days were numbered; the building became empty and could have been demolished or left to become a ruin. But such is its beauty, scale and nearness to transport links that in 2000 it was converted into flats, along with a couple of businesses, which takes us to the present.

At the east side of the building on Dalintober Street is an entrance to Dalintober Hall. Beyond an engraved sign – ‘Entrance to Hall’ – there is no indication that history occurred here which still impacts on us.

For a large part of the post-war era, the Labour Party in Scotland and the UK was anti-home rule. This was implicitly so in the Attlee era of the 1940s; became formally so in the Gaitskellite period of the 1950s; and as the SNP rose in the 1960s became defiantly so under the influence of Willie Ross, Harold Wilson’s then Secretary of State for Scotland.

By the February 1974 election all this had become problematic. The SNP had won seven seats in that election and threatened Labour in many more of its seats – not aided by the party’s no compromising anti-devolution stance. Harold Wilson had become Prime Minister of a minority government following the election, and was eyeing up when he could go to the country to secure a majority, and assessed that getting the Scottish party to ditch its current position and embrace a Scottish Assembly would help.

One obstacle standing in his way was the Scottish Labour Party which opposed devolution. Any notion this was to be straightforward was banished on 22 June 1974 when the Scottish Labour Executive met and voted by 6:5 to affirm its anti-devolution position.  This vote has passed into history for another reason: more than half the Executive were missing on this Saturday, preferring the Scotland v. Yugoslavia World Cup match in West Germany live on television.

The vote was one that had been in doubt when in the words of Tam Dalyell ‘all eyes turned to the one member of the Scottish Executive not to have spoken, the petite and comely Mrs. Sadie Hutton of Glasgow, who had drifted in after doing her morning’s shopping’, who backed the policy that an Assembly was ‘irrelevant to the real needs of the people of Scotland.’

The effect of this vote was to throw into motion a high-level Labour operation approved by Wilson and carried out by Alex Kitson, the third most senior TGWU official in the UK, who went about persuading, advocating and calling in favours to persuade enough people to change their minds in time for a special Scottish Labour conference on the subject of home rule.

This conference was held in Dalintober Hall on 17 August 1974 and Neal Ascherson once wrote: ‘Whenever I drive across the Kingston Bridge … I pass a building that makes me shiver slightly. It is not the ugliness of it, for its weathered stone mass is crowned by an interesting cupola. It is the thought of what once happened there.’ Andrew Marr said of that day that it represented ‘a victory for fix and fear, not a triumph of principle.’

By the morning of the debate the outcome was a foregone conclusion: the devolutionary wing of the party had a majority guaranteed. It is still true that the debate was filled with tension, emotions and even anger, a sentiment which comes over in Tam Dalyell’s admittedly partisan account – which the academic Iain MacLean calls ‘bitter but entertaining’.

Willie Mack, delegate from Maryhill, while supporting an Assembly stated in words which have become a prophecy:

If a Scottish Assembly is to be the answer to the problems confronting us, please don’t put it up as a vote-winner, and run away from it. This is one of the reasons why political democracy is treated with contempt by the man in the street. He doesn’t believe you. You make promises and don’t keep them, and the sort of devolution I would like to see is that which brings for ordinary people policies which eliminate fear of want, bad housing and fear of minority oppression. But I am very much afraid that unless we deal with these problems on a national level, no Scottish Assembly will save the Labour Party.

Fast forward from 1974 to the equally heady atmosphere of the Glasgow Govan by-election in November 1988: also on the city’s Southside. This was held against the backdrop of Thatcher’s third term, the poll tax and Labour winning 50 out of 72 seats in Scotland at the previous year’s election. All of this brought to the fore pressures about how Labour could try to oppose and block Thatcher’s agenda.

I was a young activist at the time who went out for the three and a half weeks of the formal campaign leafleting and canvassing for Labour. It was a tumultuous, intense campaign, pitting the SNP’s charismatic Jim Sillars against Labour’s less dynamic Bob Gillespie, a trade union official. Despite a nervous Labour campaign there was belief until very late that the party could win and hold off Sillars.

On the night before polling I was out campaigning and by happenchance ended up going around with one of the surviving members of the legendary 1974 executive vote – Mrs. Sadie Hutton, described all those years ago by Tam Dalyell. Had she changed her views or relented and come over to pro-devolution thinking? She had obviously kept her faith with Labour.

We must have got onto the subject of devolution walking the streets as I raised the subject as it was everywhere in the media and political discussion. Sadie volunteered: ‘I was one of the six who voted against devolution in 1974.’

I asked her politely whether, considering all the things that happened since, she had changed her mind – expecting her to say yes. But I got the exact opposite – ‘If we hadn’t gone done this route and instead stood up for our beliefs we would not be where we are today and none of this would have happened’ – by which she meant the ensuing Govan debacle and Scottish Labour’s anxiousness about holding the line.

Dalintober Street all those years ago, as Govan, was history in the making. Its full implications were a long time coming, but there is a direct line from the events of 1974 to the 1997 victorious referendum and the creation of the Scottish Parliament.

I wonder what Sadie would make of it all now. Maybe she would feel vindicated by a Scottish Parliament where Labour have been out of office for thirteen years and reduced to third party status, with the SNP in the ascendant, and perhaps more dramatically where Scottish Labour is reduced from the massed ranks of yesteryear to a mere one Westminster MP.

Walking the streets of Glasgow I have ruminated on many things: the nature of the lockdown and how society, the economy and all of us are going to come out of it, but also the role of history, memories and remembering the past, and how this plays a critical role in how we understand the present.

Glasgow is a city steeped in history but it has a peculiar relationship with commemorating it. For example, I recently visited R.D. Laing’s birthplace in Govanhill – a modest tenement in Ardbeg Street – to view the blue plaque that honours him. This scheme used to be administered by the Lord Provost’s Office until falling into abeyance. Thus a very narrow and selective version of the city has been promoted and then frozen; with few heroes and heroines of ‘Red Clydeside’ marked, only three women, and hardly anyone from black and ethnic minorities. In the last couple of years, a stunning statue of the campaigner and leader of rent strikes, Mary Barbour, has been unveiled in Govan, but this is the exception.

The quiet moments of the past few weeks have led me to understand the importance and self-discovery of walking, but also that we neglect our understanding and marking of our past and our collective memories at our peril. I would like to see a new blue plaque scheme unveiled across the city celebrating the undiscovered Glasgow, as well as some commemoration of Dalintober Hall: the place Scottish Labour came back to its home rule traditions playing a key role in the making of the Scottish Parliament. Only be remembering the memories of the past and how they have shaped our streets, towns and cities can we really embrace the future.