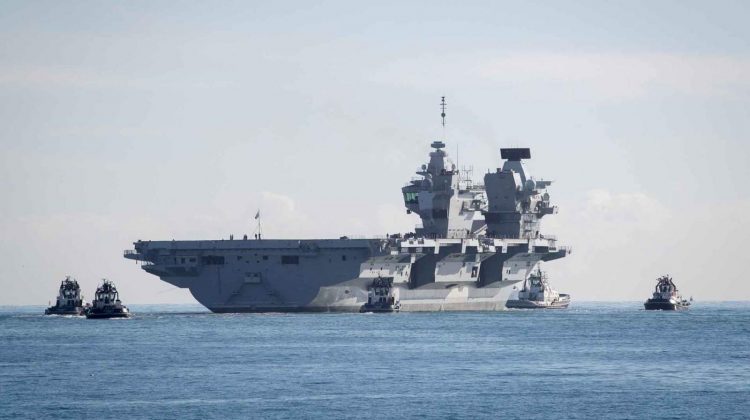 In the past week the UK Prime Minister Boris Johnson had to be taken into hospital as a result of COVID-19, moved to intensive care with his life in the balance, and released after his condition improved on Easter Sunday.

This has been a testing time for the UK government with the Prime Minister temporarily incapacitated, and for a period out of the picture, with Dominic Raab pushed into the limelight – as have been the internal workings of the unwritten British constitution.

The state of Boris Johnson’s health, particularly in the few days when he was in intensive care, produced a crescendo of right-wing eulogies which were heartfelt, emotive and over-the-top.

Take Allison Pearson in the ‘Daily Telegraph’. She used to be a mainstream, liberal commentator and author – which now seems a long time ago. Writing on the state of Johnson, she said: ‘How is Boris? For millions of people, that was our first thought upon waking yesterday.’

This was but a preamble to a full-on love-a-thon: ‘It’s rare for a politician to inspire such emotion, but Boris is loved – in a way that the metropolitan media class has never begun to understand.’ And then the clincher: ‘Yet, make no mistake, the health of Boris Johnson is the health of the body politic and, by extension, the health of the nation itself.’

This is a delusional take based on no kind of reality or evidence, a mythical projection of the world the author inhabits as the world as it is. There is no basis for suggesting that Johnson is widely loved, other than that he is a well-kent character, although his satisfaction ratings have gone up in the polls during the crisis. But nor is it a smart move to regard the health of the country’s leader and the health of the country as synonymous – that sort of leadership worship doesn’t usually end well. And then there is the open contempt for the ‘metropolitan media class’ which is somehow a different class from being a columnist that well-known underground organ ‘The Daily Telegraph.’

There doesn’t seem to be a public controversy that Toby Young doesn’t see as an opportunity for him to add his controversial views to. In the case of Boris Johnson and his health, he wrote on his 35-year friendship with, and love of, the man. Confessing that he was ‘not a man of faith’ he observed that the present crisis brought forth powerful emotions: ‘One of these is a kind of mystical belief in Britain’s greatness and her ability to occasionally bring forth remarkable individuals … who can serve her at critical junctures. I’ve always thought of Boris as one of those people.’

Not content with the above, in the same column Young compares the current Prime Minister to, wait for it, Richard III and Henry V, without offering any reasoning. Both as far as I know were not personally known to Young; both did invade France, the first invaded Scotland; while the second was known as a ‘warrior king’, all options that are not open to Boris Johnson.

Right-wing delusions are not exclusively focused on Boris Johnson. Instead, the pressures and priorities of life under the virus has produced an equally powerful virulent force of paranoid theories, disinformation and smear, sometimes overlapping with the worst conspiracy theories – such as the role of 5G or that of the Chinese Communist Party in spreading infection.

Step forward Douglas Murray, who sees himself as a stand-bearer in the crusade against Islam and a cultural warrior against all things ‘woke’ which he thinks has been sweeping campuses and weakening the Western intellectual mindset.

Not content with writing fictions on COVID-19, Murray in ‘The Spectator’ descends to telling old urban myths and lies about how HIV/AIDS began to make his point. Thus he wrote last week: ‘There was always one key flaw in our species. Which is that someone always shags a monkey. I have expressed this thought fairly regularly in private, often to friends who don’t get the reference about the likely origin of AIDS and look at me strangely ever after.’

He concludes this ill-advised train of thought: ‘I suppose the monkey-shagger rule will now have to be updated to take into account the fact that someone will always blend a bat’, a reference to the outbreak of the coronavirus in Wuhan province, China.

In all of this there is always the strange case of Lionel Shriver, once an acclaimed novelist, but now a UK based hectoring voice embracing the fringes of the unpleasant right, challenging liberals, and doing the sort of things that are never really advisable in public – such as telling black people what is and isn’t racism.

In a ‘Spectator’ column of April 4th she mentions three previous books she has published and if that were not enough shameless self-punting continues: ‘Forgive the further self-promotion to follow, but my latest novel is released in early May …’

Shriver’s piece is underlined by a common thread of lack of any compassion or empathy for the plight of her fellow humans. People are dying, she recognises, commenting: ‘If a headline ran tomorrow, ‘British deaths in 2020 to reach 600,000’, we could expect widespread popular anxiety … But 600,000 Britons did die last year … We’re under-aware of it, but scads of people are dying around us all the time. Hate to break-it to you, but we’re mortal’. Note to Shriver: we all know the last point but this attitude doesn’t really look good in the midst of a pandemic.

Then there is Charles Moore, Margaret Thatcher’s official biographer, who wrote a ‘Daily Telegraph’ piece saying that the scale of lockdown and crisis in the country was the fault of the NHS; a favourite target of right-wingers. Moore thought it a good question to ask about the weekly ‘clap for the NHS’: ‘Why are we clapping the NHS? It is right and just to clap NHS workers, but that is not the same thing.’

Moore ventures forth: ‘As its name suggests, the National Health Service is there to secure the health of the nation. In this crisis, the roles have reversed – it is seen as the duty of the nation to serve the NHS. “Protect the NHS. Save lives”, says the slogan, in that rather surprising order.’ The full phrase he quotes is ‘Stay at home, Protect the NHS, Save lives’, which has a very different meaning from what he is alluding to.

There are wingbats and wayward types in all political persuasions – including the left and pro-independence opinion. But what makes the right-wing ones stand out is their prominence and mainstream platforms from which they pontificate and launch such jaundiced takes. The role of ‘The Spectator’ and ‘Daily Telegraph’ has become pivotal in this, and the debasement of a large section of right-wing punditry into a moral rearmament conservatism which sees the world in Manichaean terms.

I have previously written in ‘Scottish Review’ about the decline of ‘The Spectator’ under Fraser Nelson’s editorship. When I did so last year I received four very polite notes from Fraser in total denial of the contents of the magazine he edits. When I challenged him on the racist, xenophobic and bigoted material he published, he responded by merely citing circulation and then saying he hoped I would find other things of interest to read in it. The politics of the right used to be about promoting individual responsibility, but it seems for Fraser and the above writers, that personal promotion and the vainglorious call of taking on left and liberal opinion trumps everything.

In a different league the virus has brought forth acres of World War Two references and the claim that Britain is at war. Dan Hodges wrote at the weekend: ‘If this is a war, then the next 48 hours represent our D-Day’ and that ‘tomorrow is our longest day.’ He quoted an unnamed government official saying: ‘Some people think it’s over and we can start lifting the lockdown. That’s like saying, “OK, we’ve beaten Hitler, let’s go home” back in 1944.’ Such general comments saw Matthew Parris write: ‘Comparisons with the Second World War are preposterous. We face no existential threat as a nation. No fascist dictator is trying to take over the planet. Nobody is trying to exterminate an entire race of people.’

If Britain were at war we would be scrutinising and questioning the strategy of the general class and their inadequacies and shortcomings, and asking what more could we do collectively as a society.

Britain is not at war. But it is interesting that the rhetoric of war has percolated into nearly every aspect of the public domain to the point that it saturates and suffocates everything else and alternative ways of describing events. If we think about our recent history we have been living with permanent war rhetoric since the tragic events of 9/11 and the ill-fated ‘war on terror’. That is coming up for twenty years of continual war and military references with a resulting corrosive effect on public life and sensitivities.

In these two decades nearly all of the political classes of the UK, US and most of the West, with honourable individual exceptions, have been in a mindset of never-ending war rhetoric and mindsets. This has involved hunting for enemies, both within and without, from fifth columnists to traitors and terrorists, to clamping down on civil liberties, weakening and suspending legal rights and due process, and saying that all of this is required because we face an unprecedented existential threat.

We have to ask some questions about this, considering the timespan this has gone on for. Who exactly does this continual war rhetoric aid – as it really isn’t driven by concerns for the safety and security of the general populace?

All across the West in recent decades our governments and agencies have retreated from the project of a more humane, just and equal capitalism tempered by a powerful social contract which protects citizens. Instead, we have been fed a diet that this is a harsh, competitive, brutish world where you should look after yourself and only the strong survive.

The arrival of the warfare state is directly related to the retreat of the welfare state – here and elsewhere. Governments have embraced the notion that if they choose not to guarantee basic social security and try to tame the market, then they can justify their existence by claiming there are extremists like we have never seen before out there trying to destroy our way of life.

The warfare state – now being trundled out in the midst of the coronavirus – is a deliberate deception by the political classes and corporate capitalism. And if this were not bad enough all of this follows on from a decade of brutal austerity and cuts to public services across the UK which have left the NHS, health professionals and others hugely under-resourced and ill-equipped to deal with the challenge of the virus.

We are not at war. And we have to challenge those who say we are. Instead, we have to find different languages and ideas to mobilise to defeat the real threats: climate change, irresponsible capitalism and possessive individualism.