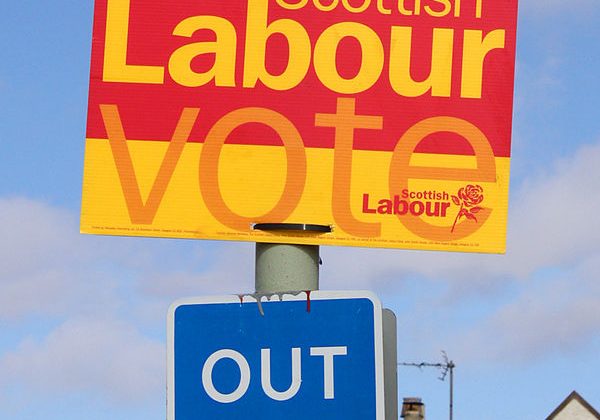 What comes after Richard Leonard for Scottish Labour? Time for an Independent Labour Party

Scottish Labour once seemed to have an ironclad grip on Scottish politics, winning election after election, and seeing off opponents whether it was Tories, SNP or the occasional Lib Dem. For two political generations – from 1959 to 2007 – Labour won every single nationwide election for Westminster in seats, and from 1964 in votes; and in the first two Scottish Parliament elections to 2007. It became defined as the party of power, the insider class and hence, the Scottish political establishment.

Over this period the party provided a solid 40-50 MPs into the Labour account which acted as a major contribution towards any fledgling Labour UK Government. And when Labour lost office it provided a citadel of strength from which to start any fightback; the Scottish party’s role in the road back from the 1983 and 1987 defeats being particularly noteworthy.

Today the Scotland of 2020 could not be more different. Labour have not won a national election for a decade – at Holyrood, Westminster or Europe – something which would have been unimaginable pre-indyref. But not only that, the party is literally struggling for air, relevance and to find any kind of footing; having fundamentally lost its place and purpose.

The long road to this situation is chronicled in my in-depth study of the party’s decline – ‘The Strange Death of Labour Scotland’ (written with Eric Shaw). But since its first significant defeat in 2007, the SNP majority victory of 2011, and the Westminster tsunami of 2015, Labour have struggled on a scale that is hard to imagine.

The party has won a single solitary seat at two of the past three Westminster elections; it is in a distant third place in polls, reduced to 14% and with no sign of anything but going downward; its vote is increasingly a residual one of past loyalties – of older working class voters doing so out of habit and dislike of the SNP and Tories.

Scottish Labour has had nine leaders in twenty years. They have fallen a long way from Donald Dewar, Labour’s first First Minister, who won office in the 1999 Scottish Parliament elections and tragically died twenty years ago next month. Dewar was a complicated man and diffident leader but undeniably imbued with a belief in public service and mission. He is the nearest the party in Scotland has ever come, under twenty years of devolution, to having someone who connected with the Scotland outside of the Labour tribe; and STV’s Bernard Ponsonby concurs: ‘You would have to go back to Donald Dewar to mark a leader of genuine national standing who commanded respect beyond the Labour vote …’

Henry McLeish, Labour’s second First Minister and a former professional footballer compared his party to the Scottish national football team: ‘Since 1998, the last time we qualified for a tournament, we keep changing the manager, but nothing happens on the pitch and there is no improvements, there’s no more goals, there is no inspirational play.’

A contrast to Donald Dewar was provided by Gordon Brown, who overshadowed the party for much of the past twenty years. Brown never completely controlled Labour here, but there was undoubtedly a ‘Brown effect’ with a party unable to operate openly and democratically as long as he saw it as his fiefdom. But the deeper reason he saw the party in such terms was because the party, due to its long dominance, saw politics as about power, doing deals, and gifting favours, preferment and clientism. In this respect, Gordon Brown’s contribution to the atrophying of Labour as party of democracy was more a symptom of wider failings and not the cause.

All sorts of well-meaning Labour politicians entered public office with good intentions – Douglas Alexander, Margaret Curran, Johann Lamont, Jack McConnell amongst them – aiming to reform and ‘modernise’ the party, starting with their local constituency. Not one succeeded because they were dealing with a culture of cronyism, nepotism and patronage locally and nationally. It would have involved tearing apart what made Scottish Labour to stand against this – and instead Labour politicians decided to sup with the devil, and become compromised as individuals by their inaction.

It seems difficult to comprehend in 2020 but Labour twenty years ago started the devolution era with some built-in advantages. It had a record of winning elections and the knowledge and capacity to continue doing so. The first Scottish Parliament saw, underneath Donald Dewar, a raft of emerging political talent in their thirties who looked as if they could be the party’s future. A final advantage was provided by the party’s main political opponents, the SNP, who had never at this point ever won a national election, and did not look they had the hunger to ever do so.

Labour has blown away all of these and more advantages – by over-estimating its own strength which was grossly over-inflated by the Westminster electoral system, and significantly by underestimating the SNP and their ability to become a credible political force that could win hearts and minds and gain power.

Nine leaders is a sign of deep trouble. Richard Leonard is a decent human being but after three years as leader is clearly going nowhere, has no strategy and is not up to the job. But like many leaders in trouble he is an expression of wider failings and malaise which will not be tackled by moving on to the next leader.

The collapse of Scottish Labour in international context

The Scottish Labour Party’s decline is one of the most severe of any centre-left party in the developed world; falling from 49.9% of the vote in 1966 to 18.6% in 2019. The only political party with a steeper decline is the Greek PASOK which collapsed from being the leading force of the 1980s and 1990s (and won an election as late as 2009) to a shrunken entity today, but this is the product of the unique Greek Euro crisis.

A more relevant comparison is with the once powerful, popular French Communist Party which in the 1940s and 1950s was the biggest party in the country in votes, and the leading force on the left. There are similarities with Scottish Labour (as well as obvious differences) with both parties being unable from their leading positions to renew and revitalise, and becoming stuck in a politics of old slogans and symbols reinforced by an ossified party culture which was unable to deal with a dramatically changing society and working class. Hence both have ended up as shrivelled entities with declining support in what are electoral ghettos.

Is there any future for Scottish Labour? Once parties like Labour, PASOK or the French Communists hit a certain floor it is very difficult to make a comeback. But what is evident is that there is a distinct political space in politics where Labour should be and, thirteen years into office, the limits of the SNP’s cautious social democracy is becoming more obvious.

This pithy comment covers two of the main areas the party needs to act upon. It needs to become more Scottish in a sense of being fully autonomous – which it isn’t despite twenty years of devolution. And it needs to use this to have an unashamedly Labour agenda which talks to its traditional values in a modern way, about how class, inequality, poverty, opportunity and society can be transformed.

This will not be easy considering how far the party has declined. One critical area that Labour has to make peace with is the independence question. That does not mean it has to come out for independence but it does have to stand unashamedly for Scotland’s right to self-determination. Standing against that is the final suicide note of a party in deep trouble.

Last week an opinion poll in Wales found support for Welsh independence on the rise and for the first time a majority of Labour voters supporting independence (51%). This is the undoubted long-term trend of the Labour vote in Scotland – where the support it maintains becomes increasingly pro-independence (currently standing at 40% plus) with it near to inevitable that in the near-future a majority of Scottish Labour voters will be pro-independence. The party has to speak to and represent those voters – and the minimum required is to champion the principle of Scotland’s right to decide its constitutional future.

Much more than that needs to happen if voters are to notice what the party says. Across the past twenty years the public has increasingly turned its back on the party after Donald Dewar. The nine leaders of the past two decades saw a law of diminishing returns with some passing through the post with barely any impression made at all or any kind of positive legacy.

The party needs to adopt the Murdo Fraser strategy but in relation to Labour. The Scottish Tory MSP recognised, when standing in the 2011 Scottish Tory leadership contest, that the Tories were going nowhere and needed to not just rebrand and reposition but begin again as a new, autonomous Scottish force. He lost to Ruth Davidson, and she adopted the rebranding and repositioning but without the organisational change.

Scottish Labour should become a new autonomous political force. Calling themselves the Scottish Labour Party will not be enough to cut through as a relevant force for now and the future, as that is their current name. They need a ‘full Murdo’ and fortunately there is a name from their past with radical kudos and appeal: the Independent Labour Party – the name of the party that Keir Hardie set up in 1893.

It should be called the ILP, not the Scottish ILP or ILP Scotland because this was the name of Hardie’s entity (in the way the Christian Social Union based in Bavaria is titled), and it should place itself as an independent force and partner of the wider Labour Party.

The Independent Labour Party would be refounded, coming out of the Labour Party and trade unions, and stand for self-government, Scotland’s right to decide, and a set of Labour policies and values which are not about the state, clientism or labourism, but about dispersing power and attacking vested interests – whether the over-centralisation of the Scottish Government, the atrophying of local government, or the need for more far reaching land reform.

There is a distinct political space to the centre-left of the SNP which has not been properly championed over the past thirteen years of the Nationalists being in office; and which the Greens have failed to seize. All of our politics loses by the absence of a credible, confident political force occupying that terrain – reducing much of what passes for politics beyond the independence question to a bland, not very imaginative managerialism.

Much more important than who replaces Richard Leonard – and when – is how the values of Labour which resonate down through the years best find expression. And one way to aid this is to call time on the present party and rebuild in its place a new force: the Independent Labour Party of 21st century Scotland.