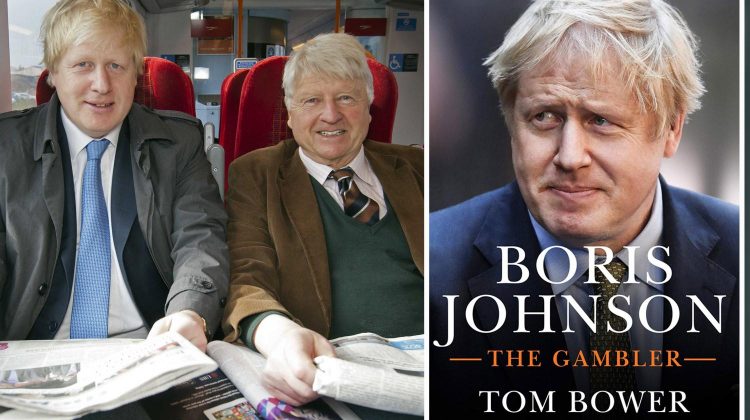 What do we do about the corporate insider class increasingly running the UK and Scotland?

Politics has always been about power – who has it, how they exercise it, in whose interests they use it, how accountable and open to scrutiny they are, and if and how they can be removed. Yet, increasingly politics has become associated with the rise of a professional elite who live, breathe (and have only ever worked in) politics and are, in how they see the world, divorced from the vast majority of the population. This group operate as a self-serving selectorate, often described in the UK as a ‘chumocracy’. However, they are much less warm and friendly in how they take decisions which favour the corporate class and its interests, as can be observed with Boris Johnson’s government and public contracts over COVID-19.

This is the story of Britain and most of the developed world in recent decades. This is not an edifying picture or one which works in the interests of most people. Most of the time it is hidden from public view, rarely debated, and carried out without a real mandate from voters. And it is something we like to think we are far removed from in Scotland – sadly a complacent and inaccurate view.

Take Tom Bower’s recently published biography of Boris Johnson (Boris Johnson: The Gambler). Bower has a reputation for producing scathing accounts of public figures, making his name with critical biographies of Robert Maxwell and Richard Branson, but in recent years has turned to political lives (Blair, Brown, Corbyn). Strangely his Johnson book breaks with this pattern and is consistently sympathetic, even sycophantic.

Bower refers to Johnson throughout as ‘Boris’ – something he didn’t do in three previous political books. The life and behaviour of Boris Johnson are a major stumbling block in Bower’s defence, given his irresponsible and dishonest nature. Bower has what he thinks is a catch-all defence of this – the odious behaviour of his father, Stanley Johnson, well-known chancer and now revealed as a violent and neglectful husband. This is appalling judgement by Bower in using this to excuse Boris Johnson’s actions and also diminishes the moral, narcissistic vacuum that is Stanley Johnson.

Boris Johnson’s public life has little to redeem it. His years at the Daily Telegraph saw him regularly fabricate stories which Bower makes light of, approvingly quoting comments by Telegraph executive Jeremy Deedes that his contributions were filled with exaggeration but they were ‘correct in spirit if not in detail.’ His use of racist words and phrases is dismissed – with his infamous description of ‘grinning picaninnies’ with ‘watermelon smiles’ described by Bower as ‘satirising neo-colonialism’. And with thousands dead in the UK aided by the incompetence of Johnson, Bower devotes two chapters to COVID-19 where he vents his anger on Public Health England, SAGE and civil servants – anyone but Johnson.

I have read six mainstream media reviews of this book, all of which savaged it, but failed to reveal why it is such a disingenuous failure of political writing. Bower says in the acknowledgements that: ‘Readers should be aware that Boris Johnson is not a stranger in this home’. This is because Bower’s wife Veronica Wadley worked with Johnson from 1988 when he joined the Daily Telegraph which the author mentions.

Bower does not declare that she also worked for Johnson when he was London Mayor as a senior adviser in City Hall from 2012-16. Even more damning, she was made a peer in Johnson’s recent honours list as Baroness Fleet. None of the lengthy reviews mention these connections and what could be seen as a conflict of interests; it took Andrew Gimson on Conservative Home to bring into the open these relationships and itemise Bower’s failure.

Such is the world of the insider class and their view of the world. Bower should have gone nowhere near a biography of Johnson or if he had done, then operated full disclosure; the principles he demands of the subjects of his scorn. Relevant here is that in his three other political biographies – Brown, Blair and Corbyn – he has shown no feel for their political world and in particular Labour. His Brown biography is leaden in its judgement and includes such howlers as calling John Smith a supporter of an ‘old style socialist command economy’ which no one who knows anything about Labour and socialism would think, and George Galloway as being ‘a Catholic from the West Coast’ when he is from East Coast Dundee.

The narrowing of the British political elite has been a discernible trend for the past 40 years. Gone are the transmission belts of talent from trade unions, churches, and NGOs, and to a lesser extent, local government. This leads to political decision making where the elite see themselves operating as partners of the corporate classes in the UK and globally, with the public left on the outside looking on as spectators. Thus we have the present UK Government awarding £9 billion in public monies and contracts to the likes of Serco on track and trace in England – deliberately bypassing the NHS, public health experts and local authorities, with the UK Government signing these contracts with no penalty clauses or ability to recoup any of our monies.

We like to think we are different and better than this in Scotland. We have not yet fallen as low as the above, but when Neal Ascherson in the last month of the 2014 independence referendum described the debasement of the UK state as a ‘Serco state’ he was ignoring that vulture capitalists (including Serco and others) are here in Scotland – and increasingly running public services.

One salutary example is that of Charlotte Street Partners headed by ex-SNP MSP Andrew Wilson, alongside Malcolm Robertson and Kevin Pringle. They claim that they are in ‘the business of government’, ‘strategic communications’ and ‘message development’ which all sounds very professional, adding that they offer a service for ‘somebody to lean on’ – warm, friendly and inclusive.

Andrew Wilson has a regular line of saying ‘I am not a corporate lobbyist’ and was restating this line again at the weekend in an interview in The Herald on Sunday where he declared about Charlotte Street that: ‘We don’t lobby government’. He then went on to issue his standard pro forma defence: ‘I can think of no occasion on which I’ve had a client-related conversation with a Government minister.’

This profile was by Neil Mackay, the last editor of the Sunday Herald, who could have put such claims to journalistic scrutiny. But Mackay let them go unchallenged without, it seems, noticing that Wilson regularly uses the same word for word defence of what Charlotte Street do.

Mackay frames this interview by presenting Wilson as ‘the brains behind the Yes movement’ – which he bases on Wilson’s role in chairing the SNP Growth Commission at the invitation of Nicola Sturgeon. This is a misreading of the political situation. Wilson is not close to Sturgeon, which is what made his appointment a surprise and, since it reported proposing a corporate capitalist version of independence, Sturgeon has distanced herself from its findings.

One characteristic of the insider class is that they think they can have it all and that conflicts of interest are for other people: the prime example being Dominic Cummings. Now Andrew Wilson is no Cummings and is a very agreeable, personable character. But you cannot be ‘the brains behind the Yes movement’ and as a profession be a corporate lobbyist – for that is what Wilson is despite his many denials.

Charlotte Street Partners are corporate lobbyists. Their modus operandi is not better government and public policy but serving the interests of their clients. Charlotte Street will not reveal who their clients are or who funds them – and have consistently refused all requests which breaks best practice in public affairs. Willie Sullivan of the Electoral Reform Society Scotland says: ‘Under any reasonable definition they are corporate lobbyists – the activity of buying the ability to shape public policy in the interests of money making which is at times in conflict with the public good.’

Charlotte Street Partners defence in their own words is that: ‘We won’t meet politicians on your behalf, but we will advise you on who you should be talking to and how best to get your message across effectively’ concluding by stating ‘we won’t ever speak on your behalf.’ This is their threadbare defence: that they don’t literally do the direct lobbying but will train, teach and show corporates how to lobby while setting up networks and introductions.

We do know that if you have the money and an open cheque book Wilson, Robertson and Pringle will do your bidding. Some of its clients have emerged over the years and they include ScotRail franchise providers Abellio, FirstGroup, Universities Scotland, Cluff Natural Resources (a coal gasification firm engaged in fracking), Tesco and News Scotland (who publish The Times and Sunday Times). Coincidentally or not The Times consistently do not call Wilson a ‘lobbyist’ using descriptions such as ‘economist’ and ‘business man’, while Pringle writes a column in The Sunday Times; and Times and Spectator commentator Alex Massie is also on the Charlotte Street payroll regularly writing a ‘Beyond the Street’ column.

The reach of Charlotte Street Partners extends over large parts of public life. Angus Grossart, banker, set up the business and chairs it; Chris Deerin worked at Charlotte Street, then left and came back as head of the centre-right think tank Reform Scotland which also is secretive about who and what funds it (and was set up by another banker Ben Thomson). Pre-COVID Charlotte Street held regular Edinburgh shindigs attended by the likes (of in the past) Alex Salmond, Nicola Sturgeon, and Lord Ashcroft and others. The insider class – from corporates, government and public bodies to media – are prepared to come to the events of an organisation which is deliberately silent about who funds it. One regular criticism of London think-tanks such as the Taxpayers’ Alliance, IEA, and Centre for Policy Studies is their secretive funding and funders and who drives their agenda; the same has to be true about Charlotte Street and the smaller, less influential Reform Scotland.

When Rangers FC went into liquidation in 2012 and the media was implicated in not having subjected the club under David Murray to proper investigation observers coined the phrase ‘succulent lamb journalism’ to mean that too many journalists had colluded with the club and produced a string of favourable advertorial copy pretending it was objective analysis. Post-Rangers liquidation, there was a fair amount of soul searching and people saying this should never happen again. But a world of corporate lobbyists pretending they are not is even more alarming, damaging, open to abuse and awaiting potential scandal and conflict of interests.

We cannot let the insider class in Scotland and the UK continue misrepresenting who they are and what they do. They are advocates for an unsustainable, anti-democratic global capitalism and are serving their interests. We should have proper regulation of lobbying and access to government alongside full financial transparency for all bodies which bid for public contracts.