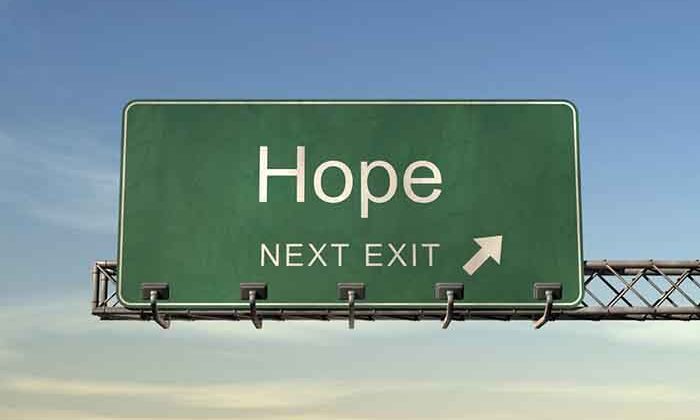 Where are the politics of hope in the SNP and independence?

Hope is fundamental to politics and political change, and indeed, human life. It has been central to the politics of the SNP when they have been successful but seems to have got lost in recent times and needs restating. It was pivotal to the way that the SNP won in 2007, to how they won a majority in 2011, and to the politics of the indyref Yes case in 2014.

Yet at times since 2014, despite the dominance of the SNP electorally, this basic insight seems to have been lost. This is in part due to the difficult times we have been living in – a decade of UK Tory Government, Brexit, COVID-19 and the continual drumbeat of war, alongside the SNP’s length of tenure in office.

It is worth recalling how the power of hope and positive thinking changed Scottish politics. In 2007 the SNP narrowly won, aided by positive psychology – a set of insights drawn from US academic Martin Seligman. After the election Salmond referred to this as a shift in his “mindset”, as he switched from scoring points and what was seen even by his own team as a “Smart Alec” approach to concentrating on winning strategic arguments.

This shift was cascaded through the party’s candidates by the Redco consultancy of Claire Howell. Salmond and the party changed their message in 2007 from talking about how Scotland was held back to the positive potential of a self-governing Scotland. It was a bold step, a liberation and wrong-footed opponents. Labour still used their old Nationalist caricatures to fire their ammunition into the trench lines they thought the separatist bogeymen still inhabited, only to find that they had long vacated this ground.

This success story fed into the early days of the SNP in office, was temporarily lost during the banking crash and regained in 2010-11 when the party brought forth an ambitious prospectus which spoke to the positive future Scotland. And it played a part in the surge by the Yes campaign in the latter stages of the indyref.

Since 2014, SNP electoral success has offered protection from the reality that there is little obvious SNP messaging strategy – and none on independence. What is incontestable is that the power of the politics of hope has been quietly dropped – whether by accident or design.

The world in 2021 is a turbulent place. Scotland and the UK have had their share of bruises and difficulties, with many tens of thousands of people dying from COVID-19 – against the backdrop of an incompetent, corrupt UK Government. The Scottish Government have not exactly been idle, trying to manage things against these difficulties. But having said all that the core messaging and purpose of the administration and the cause of independence does seem to have got a bit lost.

Firstly, the SNP needs a raison d’être for being the party of government which is about more than competence and managerialism. To take the competence point – that becomes increasingly difficult after so many years in office, with a patchy record on the likes of education and health, and doesn’t make clear the kind of Scotland people want to nurture or values to champion. It begins to make the SNP sound and look indistinguishable from the establishment Scotland it replaced.

Secondly, independence needs a reset and reappraisal seven years after 2014 – which the SNP-Green agreement allows an opportunity for. It needs some heavy lifting and work, but alongside this it needs a positive mindset which offers a series of signposts to the positive case for an independent Scotland. Such a case would require debate, research and testing in focus groups to finetune, but here are my first suggestions.

Third, the psychological dimensions of independence. A self-governing Scotland would be a country where we collectively took power and decided that we can run things ourselves. That is an empowering, liberating message. Fourth, related to taking power is the act of what Fintan O’Toole called “the art of growing up” – whereby we have the courage to look at ourselves honestly – our health inequalities, the way working class kids are shafted by the education system, the scale of drug deaths – and say this should not be who we are and have the will to change it.

Fifth, is the potential of an economic justice set of policies not made in the Treasury and the City of London for the South East of England and the unbalanced capitalism of the UK – while critiquing orthodox economic growth. Sixth, is breaking free of imperial Britain with all its associations: the “forever wars”, Trident and a colonialist worldview. Seventh, is the potential of Scotland international – of our reappearance on the international stage as a modern, democratic, European nation drawing on our soft power and cultural diplomacy to make friends and allies as a force for good.

In all of the above runs the thread that independence has to embrace hope, and understand the world of risk we live in – and that while we cannot guarantee that there will not be bumpy moments in our future journey, that we the people of this country will be the ones in charge managing that risk.

A politics of hope has to be central to a vision of change. The pro-union argument has many points at its disposal, but nearly all of them come down to negatives and are defensive – pointing out transactional costs and losses of Westminster largesse. These are not the arguments facing the future, but about the present and even the past. A politics of independence can and should dare to be better, and speak to hope and to creating that future.