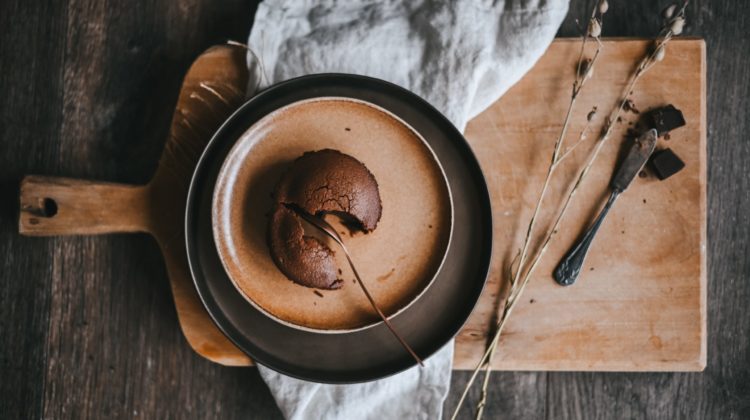 The UK – and with it Scotland – have left the European Union after 47 years. In human terms, this is a substantial length of time – the equivalent of a lifelong adult marriage or relationship, but in that comparison the British political classes and large swathe of public opinion never fully committed themselves to the European project, making the eventual divorce unsurprising.

This is a watershed moment for all of us – the 31st of January 2020 being the equivalent in importance of 1 January 1973 when the UK joined the EEC along with the Republic of Ireland and Denmark. Taking into consideration the complications of the Brexit divorce – the pro-EU majorities in Scotland and Northern Ireland – and the fact that the UK is not realistically going to be rejoining the EU in the near-future, we are living and making history of a profound, lasting kind.

For many leavers this is a time for celebration, for affirming the triumph of democracy, and the power of the people in asserting the importance of an independent, self-governing UK. For lots of remainers there is exactly the opposite array of emotions – of feeling cheated and betrayed; sensing that the UK has become a mean spirited, bitter and divided country, and that they have lost something precious and important in being part of a set of independent nation states uniquely co-operating together.

Those sentiments of loss have been widely expressed in the last few days and over the past three and a half years since the 2016 Brexit vote. Many people have suddenly awoken to realise the UK was not the liberal, tolerant country they thought it was and that another country existed which spoke to very different qualities.

Moreover, one huge factor which contributed to the 2016 vote was that large numbers of voters, particularly older ones, felt that their country had been taken from them without asking. This resentment bundled up a host of different feelings – about economic, social and cultural change, and yes, about concerns over immigration, race and ethnicity, and difference.

Modern life in the UK and across the developed world is witness to many similar sentiments. We are continually told of change, transformation, unpredictability and disruption, but this story is often told by elites as received wisdom to continually tell the rest of us what we cannot do. This includes any prospect of rebuilding powerful social contracts that look after all the citizens of the UK and other rich countries; and of holding to account finance and tech capitalism who say we cannot tax or regulate them.

It is not surprising in this environment that many people feel powerless – reinforced by the explicit messaging in politics, media and business that there is no prospect of changing, let alone challenging the existing economic order. In this context many voters have increasingly abandoned the mainstream parties of the centre-left and centre-right and turned to populists, insurrectionists and worse, unashamed racists, xenophobes and purveyors of hate.

Feelings of loss can be seen not only in Brexit, but the Scottish independence debate on both sides, pro and anti-Trump in the US, and many other places. It is a fundamental part of being human and intrinsic to our psychological make-up, and in particular, giving there is a propensity to give priority to what we could lose or potentially lose, compared to any gains.

If this is the case how do we deal with the sense of collective loss which is felt in many societies? How can we answer its deep-seated fears, anxieties and even sense of bereavement? To begin to answer this we need a tapestry of responses – from the psychological to the philosophical to the practical.

The psychological dimension of politics is massively underexamined – despite it being key to the Brexit and Scottish independence debates and referendums and more. Debra Pickering, a relational psychotherapist based in Falkirk observes on politics and public life that: ‘If loss isn’t dealt with there can be no healing of rupture.’

She thinks that the experience of Scotland in the run-up to the 2014 vote and subsequently has involved a political culture defined by multiple ‘otherings’, labelling and diminishing those people disagreed with and that this has lasting consequences.

Pickering says that the ‘healing of division and schisms personally, politically, nationally takes will, strength, courage and a commitment to reflection and firm confrontations without shaming.’ The politics of division which is inherent in a binary referendum – even more so in ones such as 2014 or 2016 with fundamental questions – involves ‘polarising Yes/No and Leave/Remain, and inevitably making the ‘other’ wrong and using disrespectful stereotypes.’ Pickering feels that such an approach never works in the long run – although evidence in numerous contests suggest that it can triumph in the short term.

There are also similarities across different campaigns – of the most passionate true faith believers who reject complexity, facts and detail, and embrace totally the calling of their case to an almost religious extent. Pickering sees ‘the similarities of the most fervent name callers at the polarities of each campaign’ as having a psychological element – one which can bring a radicalising effect to campaigns, an element of populism, but also ‘othering’ and refusing to recognise the legitimate viewpoints of opponents, instead presenting a black and white world of ‘us’ and ‘them’.

A critical undertone in the 2014 and 2016 campaigns, and evident elsewhere, is the threat to some people’s core identities that such debates bring – almost of an existential level. This can be evident in 2014, and in the independence debate on both sides.

For example, many of the most passionate believers in independence took the view that the innate expression of Scottishness, nationhood and national identity was pro-independence, questioning the patriotism of those who did not share their views. On the other side, many pro-union voters believed that something core to their sense of self – their Britishness – was being threatened and potentially taken away from them, resulting in them feeling anger, disbelief and a sense of loss.

How we establish bridges across such profound divisions isn’t going to be easy. What does not help in this context – and has been evident in 2016 and its aftermath is when both sides act in bad faith – the Brexit vote producing a host of vocal bad winners and losers. Being told by the likes of leave voters – including the minister Giles Fraser that remainers need to ’Get over it. You lost’ just doesn’t show any sense of healing or tolerance. Similarly, the increasing use of offensive terms such as ‘quisling’ and ‘traitor’ just because someone disagrees with you is the road to the destruction of public debate.

This divided world does not correspond to how most people see themselves and the societies we live in. As the salience of traditional class politics and appeal of class based parties has declined, new forms of identity politics emerged, and political ideas had to comprehend the grotesque levels of inequality and wealth, so the kind of explanations offered above have gained traction.

It is not very surprising that the political perspectives of the 1990s and early 21st century – Bill Clinton, Tony Blair, Gerhard Schroder and others – which preached a ‘globalisation with a human face’ proved so inadequate and has left no lasting philosophical impact. This was the age of ‘the third way’. But in its aftermath it isn’t clear what kind of future politics we can embrace across the West, when the old tribes are so threadbare and hollowed out.

If there is a need to embrace understanding the psychological and philosophical dimensions then this needs to translate into the practical. It is all very well railing against the inequities of inequality as an abstract – but as Jeremy Corbyn has shown and Bernie Saunders may show again in the US Democratic Presidential nomination – it does not necessarily translate into a winning coalition or governing credo.

Perhaps the biggest sense of loss across the West is so profound and debilitating that it is rarely mentioned. This is the absence of a collective idea of the future which is positive, progressive and mobilising. Rather the notion of the future that is evident is one that is filled with fear and foreboding – from climate change to species extinction and attrition, to the brutal power of global capitalism, and the ethical bankruptcy of corporate and financial power.

The absence of a possible future that lifts our horizons and sense of collective possibilities is one which diminishes the political and societal debates around us. This is one of the ultimate manifestations of our collective powerlessness – and one felt acutely by many of us individually and in the echoes and debates in our politics.

If we don’t reclaim and reimagine the future, others will seize the imagination and terrain that it inhabits. It already has been, to an extent, by the populists that are making advances across the West. They are projecting a world of simplistic heroes and villains, ‘them’ and ‘us’ tribes, and the psychological tropes outlined above and this will only grow unless it is defeated.

One version of our future will see authoritarians, oligarchs and leaders with little understanding of political democracy and constitutionalism gain in strength and become emboldened to threaten the traditional norms of government and statecraft. We have already slipped far with the likes of Trump, Orbán and Erdoğan, and we may fall far more into the dark, before there is the prospect of things getting better.

If we are to defeat the purveyors and agents of division, hatred and black and white simplicity, we have to face some hard truths. There can be no going back to how things were before: to some golden age of managed politics, and the disciplined political parties of class, solidarity and tradition. Similarly, the state of our politics and public life has been aided by the failures of liberalism and social democracy, which cannot simply be reconstituted.

There can be no return to some idealised sense or ‘the normal’ we have come from. Instead, we have to embrace a different future, build on the best of the enlightenment traditions but realise their shortcomings, and draw from the utopian imagination, which is fundamental to the human spirit, but which carries great dangers as well as insights.

We have to be about more than, as academic Cas Mudde, an expert on populism, writes, ‘the strengthening of liberal democracy’ and the clarion call: ‘Only if we believe in liberal democracy can we defend it!’ Rather this is part of the problem: a narrow, constricted view of what is possible and what democracy and politics is.

Instead of defending an existing system of ideas we need to recognise that we are in a profound struggle about what it is to be human, the emotions involved and the power of fear and loss, along with the nature of the public sphere and public life. This is about more than defending liberal democracy and the body politic, it is about the fundamental remaking of such terms either into a new era of authoritarianism or daring to imagine what a deeper, rich democracy of our societies might look like.

Fundamentally the shrunken, cowardly politics of the mainstream have contributed to the state we are in and the denial of so much that makes us positively human. We need to look into our imaginations and ask who – and what – we really want to be. We need to think and organise more effectively, and have the courage and daring to inhabit a different future from the one we are inexorably heading toward. Otherwise the future will be made for us by populists and demagogues.