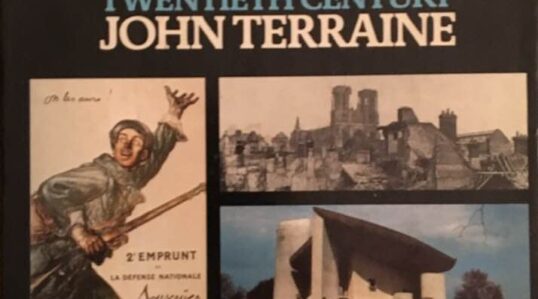 I am a European and want to live in a country which calls itself European Gerry Hassan Scottish Review, January 13th 2021 I am a European. In the past few years of Brexit, and many of the ridiculous posturing positions of the UK Government, I have never felt more European. Of course the EU and Europe are different things. And there is in places a logical, coherent argument for Brexit – which while I disagree with I can respect and understand. But the events of the past four and a half years have brought to the fore an intemperate,

Is this the beginning of the end of Britain? Gerry Hassan Sunday Mail, July 3rd 2016 It may not be the beginning of the end of the UK quite yet. But it is the end of British politics - and Britain, as we know it. The British state faces its biggest geo-political set of challenges in generations. Blair and Iraq, Anthony Eden and Suez pale compared to this in terms of damage to the UK’s reputation, and only Neville Chamberlain and Munich, and Lord North’s loss of the American colonies, are in any way in the same league.

Continue Reading Is this the beginning of the end of Britain?

The European Debate has only just begun for Scotland and the UK Gerry Hassan Sunday Mail, November 15th 2015 Europe has returned to the centre of British politics. The phony war within the Tories is over as David Cameron revealed his want list from European leaders. It wasn’t exactly long or substantial. He wants change in four areas - exempting the UK from ‘ever closer union’, boosting economic competitiveness, protection of the non-euro countries from further integration, and restrictions on EU migrants drawing UK benefits. These requests are not far-reaching, leading Tory MP Bernard Jenkin to ask ‘is that it?’

The Greek Crisis matters to Scotland, Britain and Europe - as well as Greece Gerry Hassan Sunday Mail, June 21st 2015 Europe is not a happy place. The European Union has failed to agree a common stance on the human disaster of Mediterranean immigrants, while Vladimir Putin has used military aggression to alter the boundaries of Russia and Ukraine and annex Crimea, as Europe has stood by. Closer to home, Britain is preparing for a referendum on whether or not to continue its EU membership - the first full member state to ever do so. And then most seriously, there

Continue Reading The Greek Crisis matters to Scotland, Britain and Europe – as well as Greece

A Man of Principle and the End of an Era of Liberal Radicalism Gerry Hassan Sunday Mail, June 7th 2015 Politics and public life in Britain caught its breath this week with the tragic death of Charles Kennedy. MP for Ross, Skye and Lochaber for the past 32 years; leader of the Lib Dems from 1999-2006; the youngest MP elected to the Commons in 1983 at the age of 23 - none of these do justice to the talents, principles and wit of Kennedy. He got, as many people have said, many big things right. He was the most successful

The Battle of Europe beckons. It will change Britain and Scotland whatever the result Gerry Hassan Sunday Mail, May 31st 2015 Forty years ago next week, Britain entered a new era. On June 5th 1975 Britain held its first nationwide referendum on whether to stay or leave, what was then called, the European Economic Community (EEC). The UK voted emphatically 67.2% to 32.8% to stay; Scotland voted 58.4% to 41.6% in favour. This debate changed Britain in ways that continue to have ramifications. It began the constitutional practice of using referendums for big issues. The first had actually been two

Continue Reading The Battle of Europe beckons. It will change Britain and Scotland whatever the result

The Age of Rage and the Importance of Opposition - in Europe, UK and Scotland Gerry Hassan Scottish Review, May 21st 2014 This week will see from Thursday onward the Euro-elections which will witness the emergence of a host of populists, mavericks and independent voices being elected across the continent. The mainstream political class is in crisis across Europe. Conventional politicians and political parties are held in widespread and open contempt, often invoking more deep-seated and angry reactions. There are huge questions for the continent – on the economic front about jobs, growth and the role of markets,

Continue Reading The Age of Rage and the Importance of Opposition – in Europe, UK and Scotland

What does the rise of Ukip mean for Scotland? Gerry Hassan Scottish Review, May 7th 2014 A new national pastime now exists thanks to the existence and rise of Ukip. This is the round the clock coverage of the party: often mocking, filled with condescension and a barely concealed incredulity that sane citizens will consider supporting such a party. So far all this has seemed to do is feed the appeal that is the Teflon-like Ukip. The media of course love and hate Ukip in equal measure. Nigel Farage is the joint most frequent panelist on ‘BBC Question Time’ over

Continue Reading What does the rise of Ukip mean for Scotland?

Scotland International: A Letter from Istanbul Gerry Hassan The Scotsman, January 25th 2014 Europe from its edges, corners and fuzzy borderlands looks and feels rather different than it does from elsewhere. Here in Istanbul, the largest city in Turkey, Scotland’s debate and the UK’s never-ending turmoil with regard to its relationship with Europe, seems far removed. Yet what is striking is that there are commonalities between these examples as I contemplate life looking at the shores of the Bosphorus – that historic meeting and clashing point of cultures, and the crossroads between Europe and Asia. Scotland’s deliberations are about

Where is the United Kingdom going in relation to Europe and the world? Gerry Hassan The Scotsman, December 21st 2013 The United Kingdom is on the move. Firstly, in how it sees itself in relation to Europe, and secondly, in how it understands and places itself in the world. Take Europe. There is now a rising Euro-scepticism which is very different and more thoughtful, compared to ‘the swivel-eyed loons’ of Tory leadership nightmares, or the retired Colonel Blimp image of Ukip’s unqualified anti-Europeanism. This more nuanced Euro-scepticism is seen in the ‘Fresh Start’ group of Tory parliamentarians, chaired by Andrea

Continue Reading Where is the United Kingdom going in relation to Europe and the world?