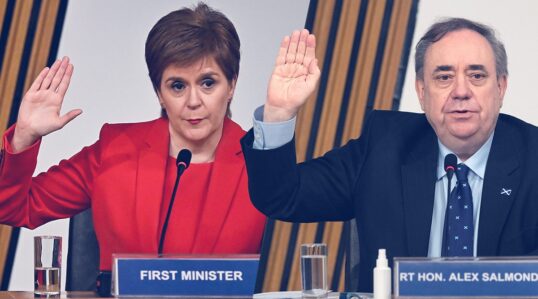 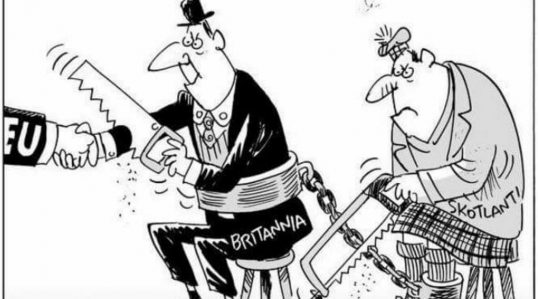 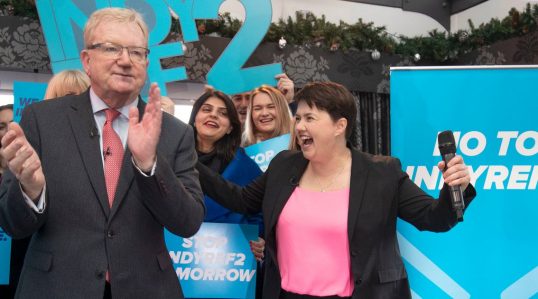 Scottish Tory Troubles at the top, in the party and in the unionist cause Gerry Hassan Sunday National, August 2nd 2020 Jackson Carlaw’s resignation was the biggest hit of his short leadership. It marks the end of one of the most unhappy periods of any Scottish party leader. Its only defining characteristics were that it was short and yes, he wasn’t very good. But it does underline bigger troubles in the Tory and unionist world. Carlaw lasted 168 days in the job. Many of these saw him restricted - like Jo Biden in the States - to his house due

Continue Reading Scottish Tory Troubles at the top, in the party and in the unionist cause

David Cameron: Britain’s worst post-war Prime Minister so far Gerry Hassan Scottish Review, September 25th 2019 David Cameron has been on our airwaves and TV screens a lot in the past week punting his autobiography ‘For the Record’. We last saw and heard from ‘call me Dave’ a while ago as he has been away in his shed writing his memoirs and waiting for an appropriate moment in the political storms when they could be published. It was only three and a half years ago that Cameron was UK Prime Minister, resigning the morning after the Brexit vote, and it

The future of the Scottish Tories after Ruth Davidson Gerry Hassan Sunday National, September 1st 2019 One constituency consistently admired Ruth Davidson - the media. As in her eight years of Tory leadership, the same has been true of her resignation; with numerous plaudits, magnified by how the London media misunderstand and misread Scotland. One example was provided by BBC ‘Newsnight’s’ programme on Thursday evening when Ben Chu opened his Ruth Davidson film with the proclamation: ‘She was an election winner with a gold dust appeal to millennials’, which was completely wrong in both its assertions. In her period as

Continue Reading The future of the Scottish Tories after Ruth Davidson

The Rise and Fall of Ruth Davidson, Brexit and the Future of the Union Gerry Hassan Open Democracy, August 30th 2019 Ruth Davidson has been a very successful politician in one inarguable aspect. As Scottish Tory leader she was continually spoken about, commented upon and discussed in the mainstream media and, often in non-Tory circles, in a positive light. After eight years as Tory leader in Scotland Davidson has decided that she wants to quit, for reasons both personal and political. She is 40 years old, with a new child, Finn, and plans to marry her partner Jen in the

Continue Reading The Rise and Fall of Ruth Davidson, Brexit and the Future of the Tories

The Limits of the Ruth Davidson Show Gerry Hassan Scottish Review, June 21st 2017 These are times of change. An election that shocked. Parties in crisis. And a world which never seems to stop in terms of news, surprises and tragedy. Scotland isn’t immune to this. But one take as we come up for two weeks after the election has been that the Tories are back and that this is all due to the appeal of Ruth Davidson. And then there is the secondary story of Scottish Labour showing that it isn’t dead, and has possibly even come off

Continue Reading The Limits of the Ruth Davidson Show

A new era of Scottish politics has begun: The Forward March of the SNP Halted? Gerry Hassan Scottish Review, June 14th 2017 There was a UK election last week. We have the semblance of a UK Government, but underneath all this there remains little that could be called British politics. This was a four nations UK election. Each gave a different party a conditional victory. The SNP were the most popular party in Scotland with 36.9% of the vote. The Tories were the biggest force in England with 45.6%. Labour were by far the strongest party in Wales with

Continue Reading A new era of Scottish politics has begun: The Forward March of the SNP Halted?

Build It and They Will Come: Scotland and Independence after the election Gerry Hassan Bella Caledonia, June 13th 2017 The 2017 election marks the end of an era of Scottish politics. The immediate shadow of the 2014 indyref dominating everything is over. As is the age of the Big Tent, omnipotent SNP carrying all before it. The re-emergence of the Scottish Tories and the stalling of the retreat of Scottish Labour has confounded many Nationalists. Not only is the post-2014 indyref environment over, so too is politics defined by the constant invoking of Thatcher and Blair. No matter the depths

Continue Reading Build It and They Will Come: Scotland and Independence after the election

The Winner Doesn’t Take It All: Phoney War or the Beginning of a New Era? Gerry Hassan Scottish Review, May 10th 2017 Scotland’s permanent political campaign continued last week with the local elections. These were important for who runs Scotland’s 32 councils, local services and what passes for the remnants of local government, after decades of centralisation under Labour, Tories and SNP. But the stakes were higher than usual with the impending UK general election. Everybody could claim some spoils. The SNP ‘won’ - finishing with most votes and seats. The Tories made significant gains in votes and seats. Labour

Continue Reading The Winner Doesn’t Take It All: Phoney War or the Beginning of a New Era?