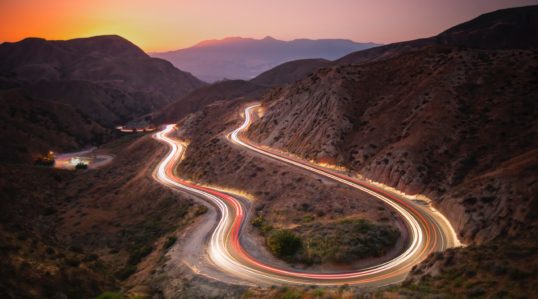 Taking Back Control: The Rise of People Power in Scotland Gerry Hassan Sunday National, January 12th 2020 Rallies and marches are an intrinsic part of politics the world over. Throughout history the politics of protesting and marching has made an impact and on occasions truly shaken power. Chartist rallies for democracy in the 19th century, Suffragette protests of the early 20th century, the civil rights marches of the 1960s of Martin Luther King and others, the anti-Vietnam war protests which spanned the globe in the late 1960s; and the anti-Communist rallies across Eastern Europe in 1989 which overthrew rotten

Continue Reading Taking Back Control: The Rise of People Power in Scotland

Time to Decide: Scottish Labour and the Independence Question Gerry Hassan Sunday National, December 22nd 2019 This week reality hit the Labour Party in Scotland. In the aftermath of yet another disastrous election defeat senior figures in the party have decided to question Labour’s long held opposition to an independence referendum, believing they should champion Scotland’s right to self-determination. Paul Sweeney, Monica Lennon and Neil Findlay as well as others have indicated that the party cannot be seen as standing for Westminster minority rule and against the democratic right of the Scottish people. There was a backlash against these pronouncements.

Jeremy Corbyn, Labour and Scottish Independence Gerry Hassan Sunday National, November 17th 2019 This week Labour leader Jeremy Corbyn’s trip to Scotland made the headlines - and not for positive reasons. Corbyn’s position in less than 24 hours changed more than once on independence. First, he shifted from his previous position of not having an independence referendum in the ‘early years’ of a Labour Government, indicating that a vote would not take place in ‘the first term’ of an administration. Then when this was seen as the significant shift it was, he rowed back and returned to the first position,

Scotland needs fundamental change. A nationalist project is not enough Gerry Hassan Scottish Review, October 16th 2019 Five years after the indyref and three years after the Brexit vote Scottish politics feels like it is in a holding pattern, full of pent up pressures, but stuck in a vortex of powerful forces beyond its control. The SNP, who just met at their annual conference in Aberdeen, are by far the leading party. Yet their dominance can be overstated, it being aided by the fragmentation of multi-party politics, divided opposition and the negatives of Labour and Tories. The most recent

What should we talk about to make Scotland a place we are proud to call home? Gerry Hassan Scottish Review, August 7th 2019 There is only one subject on the lips of many this week: independence and Michael Ashcroft’s 52:48 poll. This is the Scotland of 2019 - twenty years of the Scottish Parliament, five years since the indyref, nine years of Tory-led government, and with less than 90 days to the prospect of a ‘No Deal Brexit’. We have also had twelve years of SNP Government. Once upon a time its admirers talked of its competence and sure touch,

Continue Reading What should we talk about to make Scotland a place we are proud to call home?

Scotland’s Independent Story isn’t over: A Review of Yes/No: Inside the Indyref Gerry Hassan Bella Caledonia, March 19th 2019 As British politics enters a mixture of meltdown and an endgame, convulsed by Brexit, everywhere in political discourse there is an obsession with the past. From the rise of Churchill to unquestioned national hero, to the ultra-Brexiteers talking of the UK reduced to a ‘vassal state’ of the EU; and now, Speaker John Bercow announcing there cannot be a rerun of parliamentary votes due to a 1604 English convention, while being compared to Speaker William Lenthall who presided over the long

Continue Reading Scotland’s Independent Story isn’t over: A Review of Yes/No: Inside the Indyref

Continue Reading Independence is about more than an indyref. It is about changing minds and Scotland