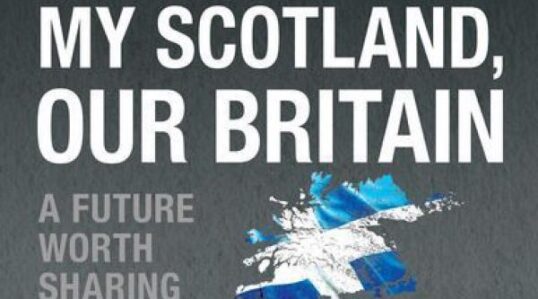 A Tour Inside Gordon Brown’s Britain Gerry Hassan Scottish Review, November 25th 2020 Gordon Brown in recent times has increasingly recognised that something is wrong, even rotten, in the state of Britain, regularly talking about ‘a dysfunctional UK’. This is part of Brown’s continual manoeuvres post-2014 to have a say in the future of Britain’s constitutional arrangements and to make the case that the status quo increasingly ill-serves the nations and regions of the UK. Thus it comes as no surprise that he has taken pen to paper and written a substantial New Statesman essay that makes his case of 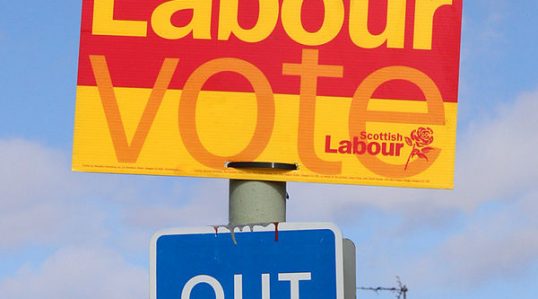 History in the Making: The End of the Era of Neo-liberalism – in the UK and Globally Gerry Hassan Scottish Review, November 27th 2019 This, we are continually told, is meant to be a seismic, even historic election - usually referring to the fundamental implications of Brexit. What is seldom addressed is that this election also signifies far-reaching change in another aspect of politics. This is the confirmation of the jettisoning of the economic assumptions which have defined UK politics for the past 40 years - sometimes described as neo-liberalism. This shift is a continuation and reinforcement of a change

Continue Reading History in the Making: The End of the Era of Neo-liberalism – in the UK and Globally

Gordon Brown: The Ghost in the Machine Gerry Hassan Scottish Review, November 14th 2017 Gordon Brown, like him or loath him, was a titan of a figure in British politics for close on two decades. Along now comes Brown’s attempt at putting his case and a call for understanding and redemption in his autobiography - ‘My Life, Our Times’. It comes with much baggage for all who will read and encounter it, including from the author himself who goes through the pretense that he had to be reluctantly dragged into writing it, explaining himself: ‘For me, being conspicuously demonstrative is

Continue Reading Gordon Brown: The Ghost in the Machine

Scotland the Bold or Scotland the Timid? Gerry Hassan Scottish Review, November 22nd 2016 Is Scotland really special? Are we a land that has bucked the retreat of the centre-left and social democracy, and proven itself immune to the right-wing populism sweeping the West from Brexit to Trump? Significant parts of Scottish opinion are always looking for any reason to jump on a wha’s like us exceptionalism: one which invokes our morality, values and commitment to social justice, alongside our collective opposition to all things evil from Thatcherism and Blairism to neo-liberalism. Truth of course is rather different.

The Labour Party: that pillar of the British constitution doesn’t have a right to exist Gerry Hassan Sunday Mail, July 25th 2016 Politics requires a credible opposition that holds government to account. One that offers the prospect of an alternative government – but now, and for the foreseeable future, Scotland and the UK is without one. This is due to the state of Labour. The last year has been one of the most disastrous in the party’s history. A second election defeat, Scotland lost - and then Brexit. And after last year’s defeat the party curled up even more in

Continue Reading The Labour Party: that pillar of the British constitution doesnt have a right to exist

Nine Months in the Death of Labour: A Response to the Corbynistas Gerry Hassan Scottish Review, June 28th 2016 These are surprising times in Britain and its politics. Cameron gone. England and Wales dragging the UK out of the EU. The England football team defeated by Iceland. And somehow Jeremy Corbyn was meant to be the antidote to these political times. He was different from the typical 21st century politician, a throwback to the days when all male left-wingers were like underpaid sociology lecturers - badly dressed and presented, rambling but affectionate and with their heart in the right place.

Continue Reading Nine Months in the Death of Labour: A Response to the Corbynistas

‘You’re Fired’: Jeremy Corbyn and what Voters Want to Say to the Political Classes Gerry Hassan Sunday Mail, July 26th 2015 This week Tony Blair compared Scottish nationalism to ‘cavemen’ and told supporters of Jeremy Corbyn who wanted to vote with their heart to ‘get a transplant.’ You always know something is up when the political insults start flying. Labour have no idea what has happened in Scotland, and to compound matters for the party establishment, this week saw the rise of Jeremy Corbyn’s leadership challenge. The trigger was a poll which put Corbyn not just ahead of the other

Continue Reading ‘You’re Fired’: Jeremy Corbyn and What People Want to Say to the Political Classes

The Summer of the Living Undead: A Labour Party for What? Gerry Hassan Open Democracy, July 15th 2015 The Labour leadership contest is noteworthy for a number of factors, none positive or helpful for the party. Labour have just suffered their second consecutive defeat. They finished 113 seats behind the Tories in England. It has now become a cliché to say they face an existential crisis; as Matthew Norman pointed out in ‘The Independent’ this week, it is in fact a ‘post-existential crisis’ (1). The party is in collective denial, retreating into its comfort zones, and almost numb at the

Continue Reading The Summer of the Living Undead: A Labour Party for What?

The Rise and Fall of the House of Scottish Labour Gerry Hassan June 22nd 2015 The story of the Scottish Labour Party was, until recently, one of the defining stories of Scotland over most of the 20th century. First there was its rise - the emergence of ‘Red Clydeside’ and the socialist pioneers, and how radicalism gave way to respectability. Second, there was the ‘golden era’ of action and purpose - of Tom Johnston, and the big ideas and schemes, which began to fade as Labour morphed in the 1960s and 1970s into the political establishment. And finally, there has