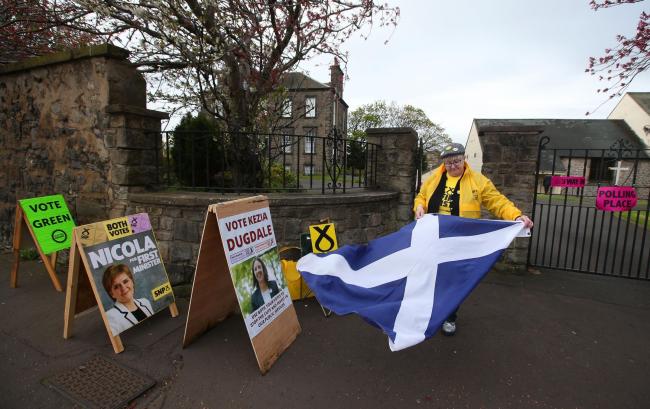 The debate on a new pro-indy party: What kind of democracy and politics do we want Scotland to be known by?

You wait years for a new independence party and suddenly you can’t move for them. There is the Alliance for Independence (AFI) supported by former SNP MSP Dave Thompson; the Independence for Scotland Party (ISP), and the fledgling Wings over Scotland-Alex Salmond party, which may or may not happen.

To some this is about winning significant list representation which isn’t SNP or Green, for others about ‘gaming’ the system to help the SNP, and for others about putting pressure on the SNP on independence. And for some others there is an element of frustration and wanting to do something: often a critical factor in politics.

The background to all this matters – electorally, politically, and in relation to the state of independence. The SNP have won the past three Scottish Parliament elections – in 2011 and 2016 winning a hefty number of First Past the Post (FPTP) seats which meant they won few list seats. The same is expected to happen in 2021 which leads many to see SNP regional list votes as ‘wasted’ and as a major factor in any new party standing only on the list to win increased pro-independence representation.

The Scottish Parliament’s electoral system is based on two votes and two types of MSP – constituency and regional list -with the latter contributing to a party’s overall share of seats constituency and list combined. It is based on the German Mixed Member Proportional (MMP) system – called in the UK the Additional Member System (AMS).

In the German system there is little distinction made between constituency and regional list MPs – with the centrist Free Democrats in office for decades without winning a constituency seat for most of the post-war era. Dr Thomas Lundberg of Glasgow University commented that: ‘Germans have no issue with ‘list parties’, which include nearly all of the smaller ones. They do tend to nominate candidates for both constituencies and party lists, though, unlike in Scotland.’

There are many myths about the Scottish system. That it was introduced to stop the SNP winning an overall majority (which turned out not to work); or that it was about making sure non-Labour Scotland – which had always been a majority of votes even at the height of Labour popularity – were not governed by a Labour parliamentary majority.

In truth, the electoral system was designed for a whole host of reasons in an attempt to make it more difficult for any one party to win a majority and thus to encourage either coalition or minority government. With the exception of 2011 – when the SNP won an overall majority of seats – four of the five elections have produced Parliaments where no one party has control, producing two Labour-Lib Dem coalitions and two SNP minority administrations.

The winner dividend used to work for Labour. In the 1999 and 2003 Scottish elections the party won 53 and 46 FPTP seats out of 73 – but won a mere three regional list seats first time rising to four in the subsequent election.

This dividend has now shifted to the SNP such is its electoral dominance. It did not occur in the historic 2007 election which the party won by a whisker of one seat – winning 21 FPTP and 26 list seats. But in 2011 it won 53 of 73 FPTP seats, and sixteen list seats, and four years later 59 FPTP seats and four list seats. The pattern of the three SNP victories is clear: its dominance winning it more FPTP seats – up from 28% to 81% and reducing its list seats from 46% to 7% – with the latter becoming potentially acute if the SNP won a majority of the constituency vote in 2021.

In to this fray comes the argument for a new independence party – alongside the SNP and Greens. The case being made for it proposes that a vote for the SNP on the regional list is a wasted vote, amounting to the virtual disenfranchisement of nearly one million SNP voters who get minimal representation.

A new party it is said could increase independence representation. It would do so by winning a share of the SNP list vote – standing on its own and hence winning seats that the SNP cannot due to it winning so many FPTP seats. The added bonus of this scenario is that it would supposedly do so by taking seats predominantly from Labour, Tory and Lib Dems – although it could adversely affect the Greens.

The final main argument put by some is that the creation of a new independence party would be well placed to put added pressure from the outside on the SNP leadership to be less cautious and more challenging of the British government – particularly when the latter is so weak.

All of the above comes with risks. The notion of ‘gaming’ the electoral system has been floated before by Labour in its heyday when it considered running Co-operative Party candidates on the list to be able to win seats that it did not due to its FPTP success.

If there is the distinct chance of a SNP or pro-independence majority in 2021, what does this new entity add? Who are its guns aimed at? If Westminster, then does a third pro-independence party help or hinder things? As Prof John Curtice puts it: ‘Look, if the polls are right at the moment, you don’t need a clever wheeze, you’re going to get a whopping majority anyway, so why risk it?’

A new party could reduce the SNP’s constituency and list votes. This is possible to imagine by a new force fragmenting the pro-independence message and could be heightened if relations between any new party and the SNP were fraught or difficult. Dr Thomas Lundberg put it: ‘I’ve read about the interest in ‘gaming’ the system, with a new pro-independence party standing only on a regional basis. There is, of course, the danger that the constituency vote is not what people expect and the regional seats are needed.’

There have been over-the-top reactions. Kenny Farquharson in The Times called it the actions of ‘cheats’ and asked, if it succeeded, ‘Can you imagine the headlines around the world? The comparisons to a banana republic?’ Iain Martin in the same paper underlining the panic he felt about the state of the union, writing: ‘This week the skies darkened further for unionists’ with plans for a new party observing: ‘The idea is to build a ‘super-majority’ of pro-independence MSPs and reduce the unionist parties to ruins’.

Many of the discussions play down the undoubted barriers it will face. First, there is the experience of RISE who in 2016 got less votes than Tommy Sheridan or Scottish Christian Party, despite originating out of the Radical Independence movement. Jonathon Shafi, one of the organisers in RISE reflects now that it ‘lacked experience, money, influential enough public figures, time, internal coherence, name recognition, any electoral track record and much else.’

There is the issue of how much media coverage any party would get. With broadcast media bound by tight guidelines during campaign periods any new force might sink or swim on the basis of the prominence of one or two of its leading parties. This was one of the contributory factors in the sinking of RISE.

This brings us to the question of personalities and policies. If a new party launches with the involvement of Alex Salmond it will make an impact as he is one of the defining figures of Scottish politics and independence. But he is also a marmite politician and would both attract and repulse. Without Salmond any party will struggle; with Salmond any party will be defined by him.

What kind of Scotland would any new party stand for? Who is it seeking to represent? What is its message beyond the SNP being too cautious and timid on independence? Could a new party adopt the political language of populism and rail against the closed shop of too much of society? And would such a take be a welcome disruption of the existing order or offer glib solutions as populists do the world over?

Finally, independence is about the moral argument of democracy and self-government along with the democratic shortcomings of the British state. This is a powerful and principled case. Is there a chance that a new party aiming for list seats undercuts this?

There is also a wider set of attitudes about independence opinion which needs exploring. Independence support is often inferred in discussions about a party to be a fixed constituency which is now in the clear majority. It is thus seen as something which can be subdivided like a cake by new political entrants.

Independence is never static but constantly evolving and changing. It is a living, breathing constituency. It needs to grow and be added to continually and any proposed new party should be focused on growing independence opinion – and not as some do taking the existing constituency as a given and basing their politics on getting a share of current independence support. That could lead to diminishing the wider independence constituency, because it is addressing existing supporters, counting them as permanently won over, and not addressing the huge swathes of Scotland that have yet to be convinced and who independence should seek to win over.

The wider environment of this is critical. Next year will see 22 years of the Scottish Parliament; 14 years of SNP rule; nearly two-thirds of devolution. To many the SNP leadership have grown too comfortable in office and lost the fire in their belly for independence.

Next year is seven years from the 2014 indyref vote – and this has been since then the defining issue of our time and place. All around us unionism is in retreat. It is bereft of strategy, political nous and intelligence. It does not know how to handle Scotland. The UK Tories are in a state of confusion about the 2021 Scottish elections. The pro-union case is leaderless and reduced to the mantra of transactional nationalism of ‘we subsidise you and you cannot make it on your own’ – hardly a positive pro-union case. James Forsyth in The Spectator asked one of the leading pro-union voices in 2014 how things are now and they replied simply: ‘It’s over. The horse has bolted.’

All of the debates on new parties have to start from recognising the historic times we are living through and creating. The British state is in short-term and long-term crisis. Unionists do not have a strategy for turning things round.

There are serious questions and work needed on the independence side. Plans need to be made. The Scotland not yet won over needs to be listened to and respected. The contours of an independent Scotland have to thought about – and how we make a national project together.

It is in this context that any new party should be judged. Does it aid the hard work and hard lifting of that independent Scotland – whose qualities, attitudes and priorities – are being made and remade in the here and now? If it diverts from that hard work then it is a distraction perpetuating the myth of easy solutions. But if it could assist then it might be a welcome initiative. Independence was always about a frame of mind, and difficult debates and choices. This is one choice that needs to be widely discussed: what kind of democracy and politics do we want to be known by?